Not So Fast Food.

A top L.A chef has tricked a group of prominent culinary critics and influential foodie bloggers by serving them an elegant meal made entirely of McDonald’s ingredients.

Neal Fraser, owner of the downtown restaurant Redbird and a former Top Chefs Masters contestant, served up a menu for forty diners at Carondelet House, L.A, last week whipping up delights such as chilled avocado soup, spicy meatballs and a coffee custard desert. 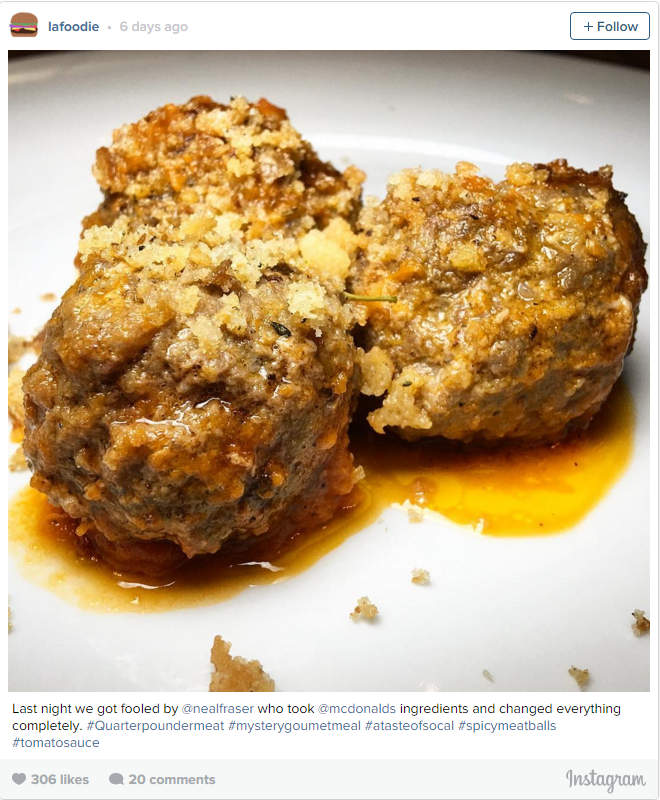 The (mc)twist in the evening was that the diners were unaware the ‘gourmet’ dishes came from ingredients used by McDonald’s for staples like the egg McMuffin and quarter pounder.

Fraser told his unsuspecting guests only that he was “cooking with experimental” and “fresh ingredients” luring them in with an invitation promising “a night of culinary explosion”.

The foodies were encouraged to Tweet and Instagram pictures of their meal hashtaging #atasteofsocal whilst their reactions were caught with hidden cameras and mics. Many reviews were positive. 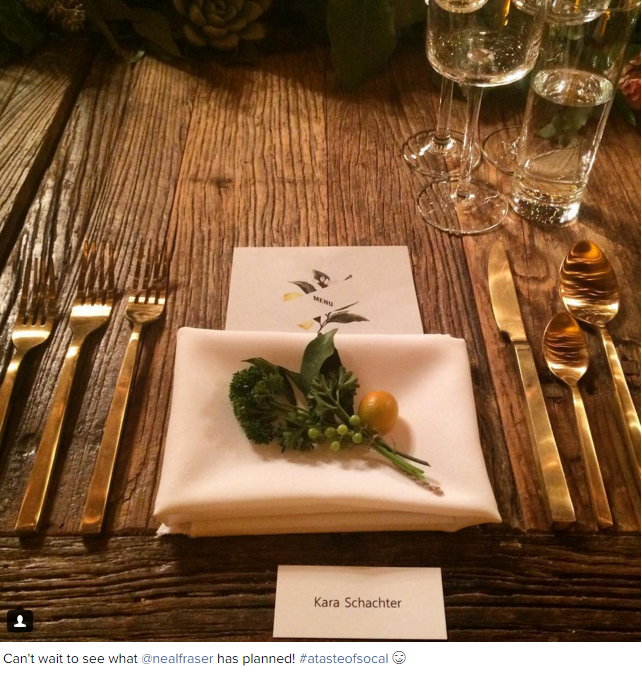 But the truth was in the pudding and after the plates had been cleared Fraser revealed the secret purpose of the evening.

Eric Crowley, a L.A cooking instructor, told The Orange County Register he “enjoyed the meal”, although the “food lacked bold flavours”. When the truth he learned the ingredients came from McDonald’s he said “it all made sense”.

Rohasonda Payne, who runs the lifestyle blog The Savvy Sistah, said she had no idea she was eating food from McDonald’s.

But were they really lovin’ it? Putting taste aside, some guests were angry at being duped and acting as pawns in a ‘successful’ McDonald’s publicity stunt to be released in full this month.

McDonalds plan was to change the public perception of the quality of their food and they certainly succeeded.

Deadpool's marketing campaign has been masterful.