Never mind the Empire State: Kong is heading towards his latest target, LA!.

Leading up to the premiere of Kong: Skull Island Grandesign, an experimental agency has created a path of destructive tracks across Los Angeles. The stunt features the notorious and enormous ape’s footprints implanted into the ground. The agency has produced five visually dramatic displays over a period of almost a week. 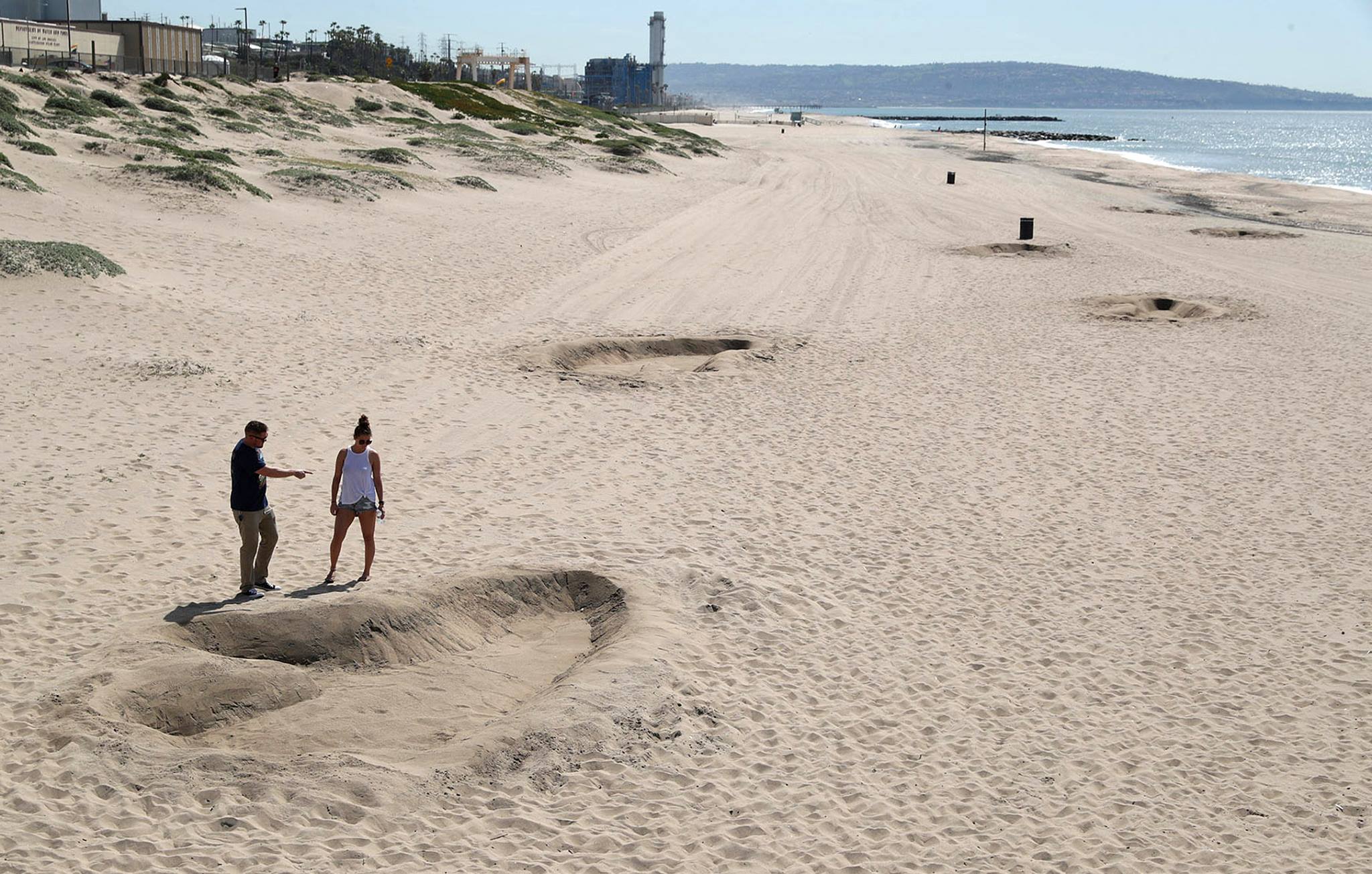 The first display features the ape’s enormous footprints embedded deep into the sand at Dockweiler Beach, measuring at a staggering 25 feet long by 12 feet across. 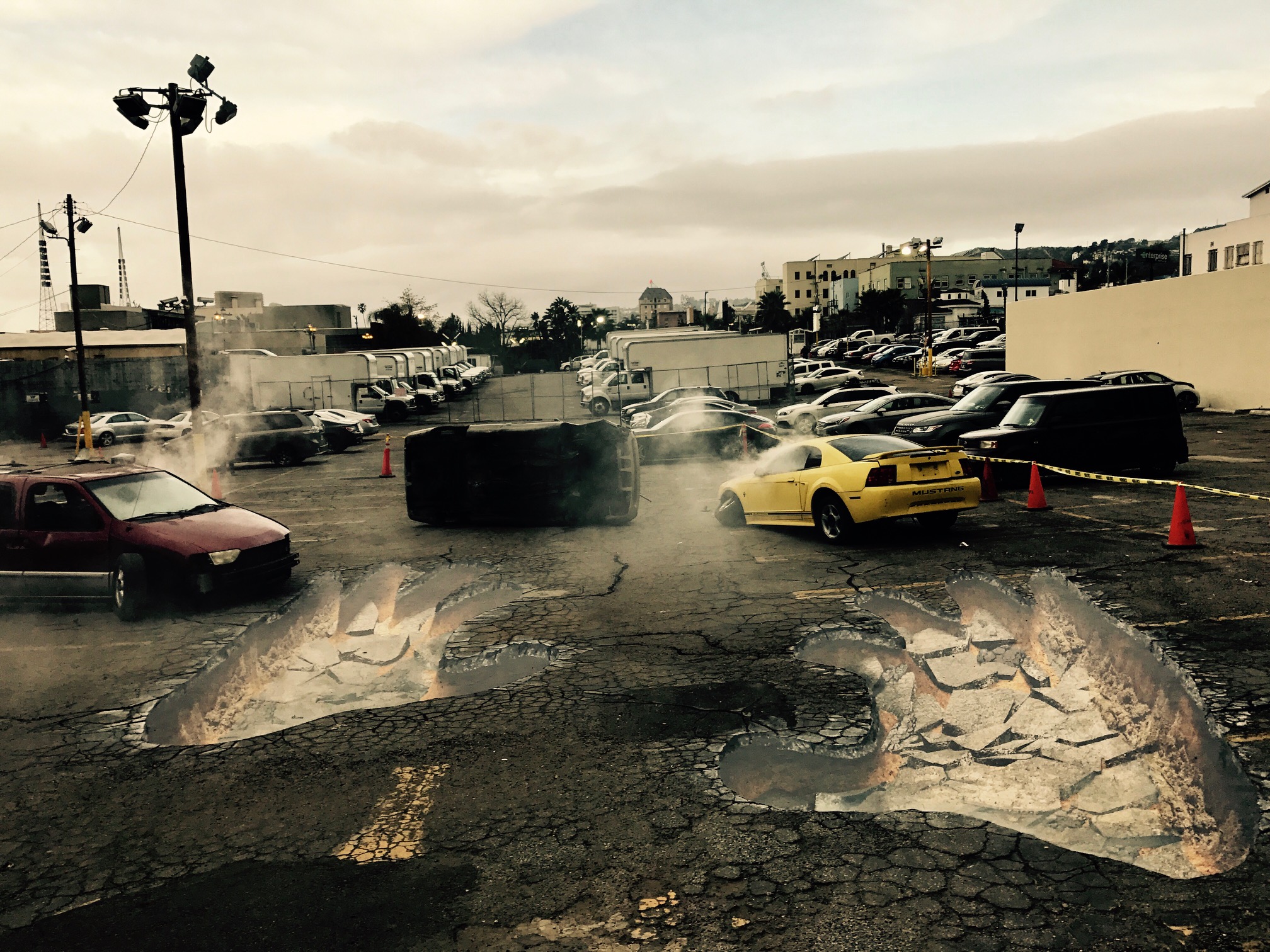 On Sunday, Kong travelled to Capital Records to unveil a site of damage and destruction. Cars were crushed and the pavement shattered, by the uncontrollable ape. The team behind the creative stunt placed fog machines in the cars to heighten the effect of horror to the scene. 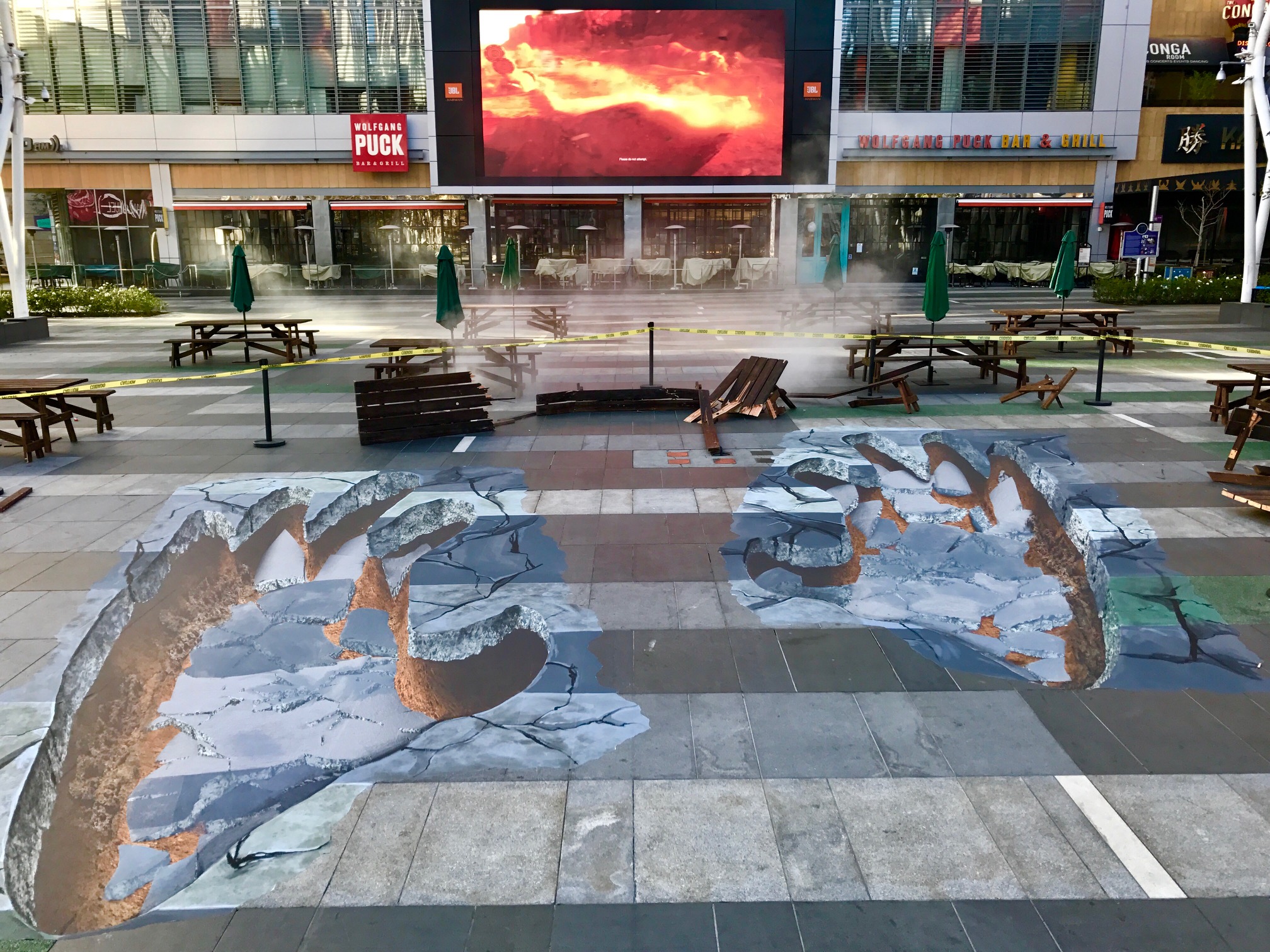 Microsoft Square was next on Kong’s list. On Monday, the agency used 3D vinyl and chalk to create the illusion of Kong’s hands being forced into the ground. The image was surrounded by broken benches, some snapped in half and others destroyed completely. 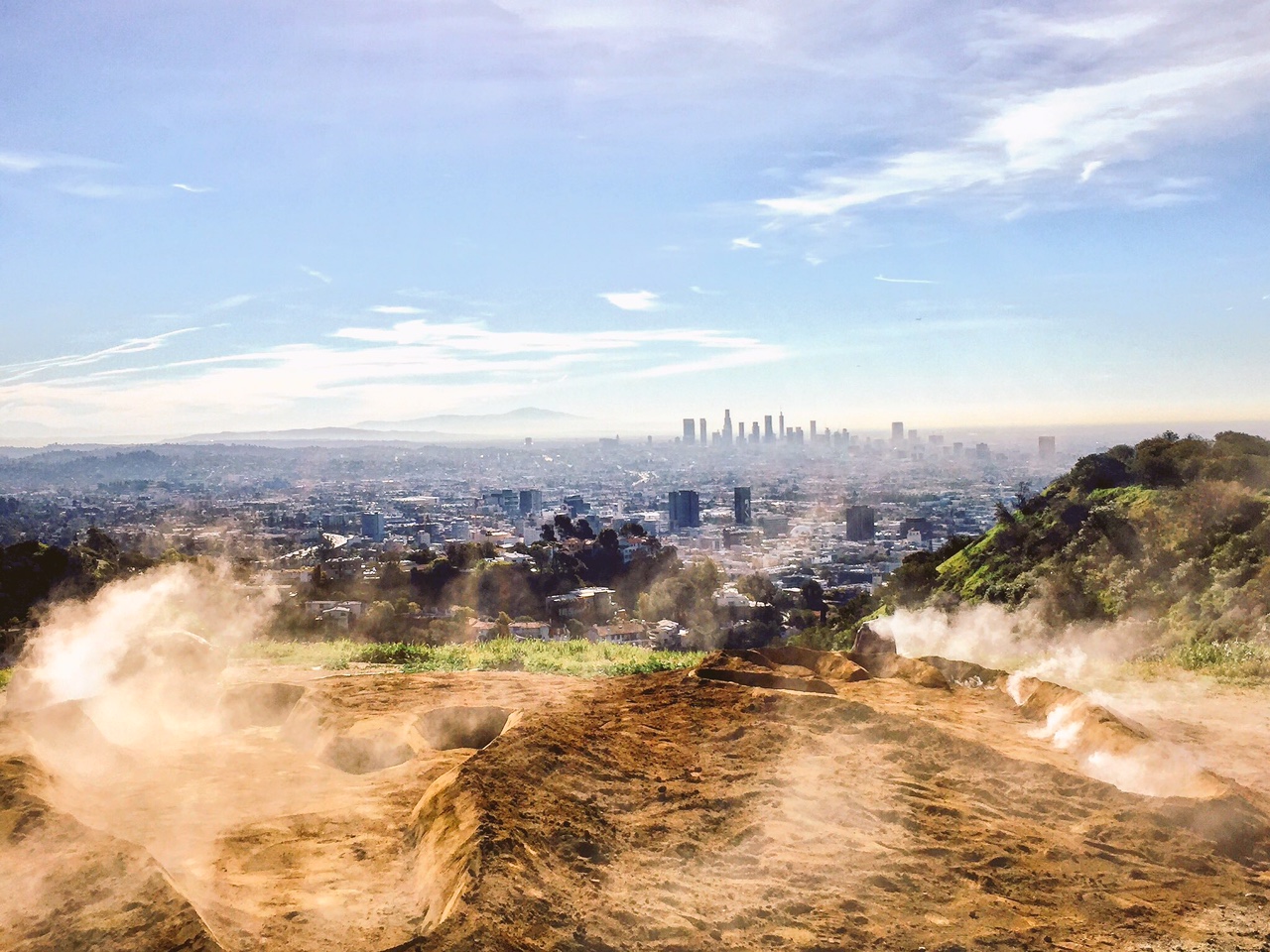 On Tuesday, Kong popped by the infamous Hollywood sign. However, the visit featured no glitz or glam but instead mud and dirt. The stunt used sculpted dirt, scenic props and fog machines which were inserted inside the footprints. 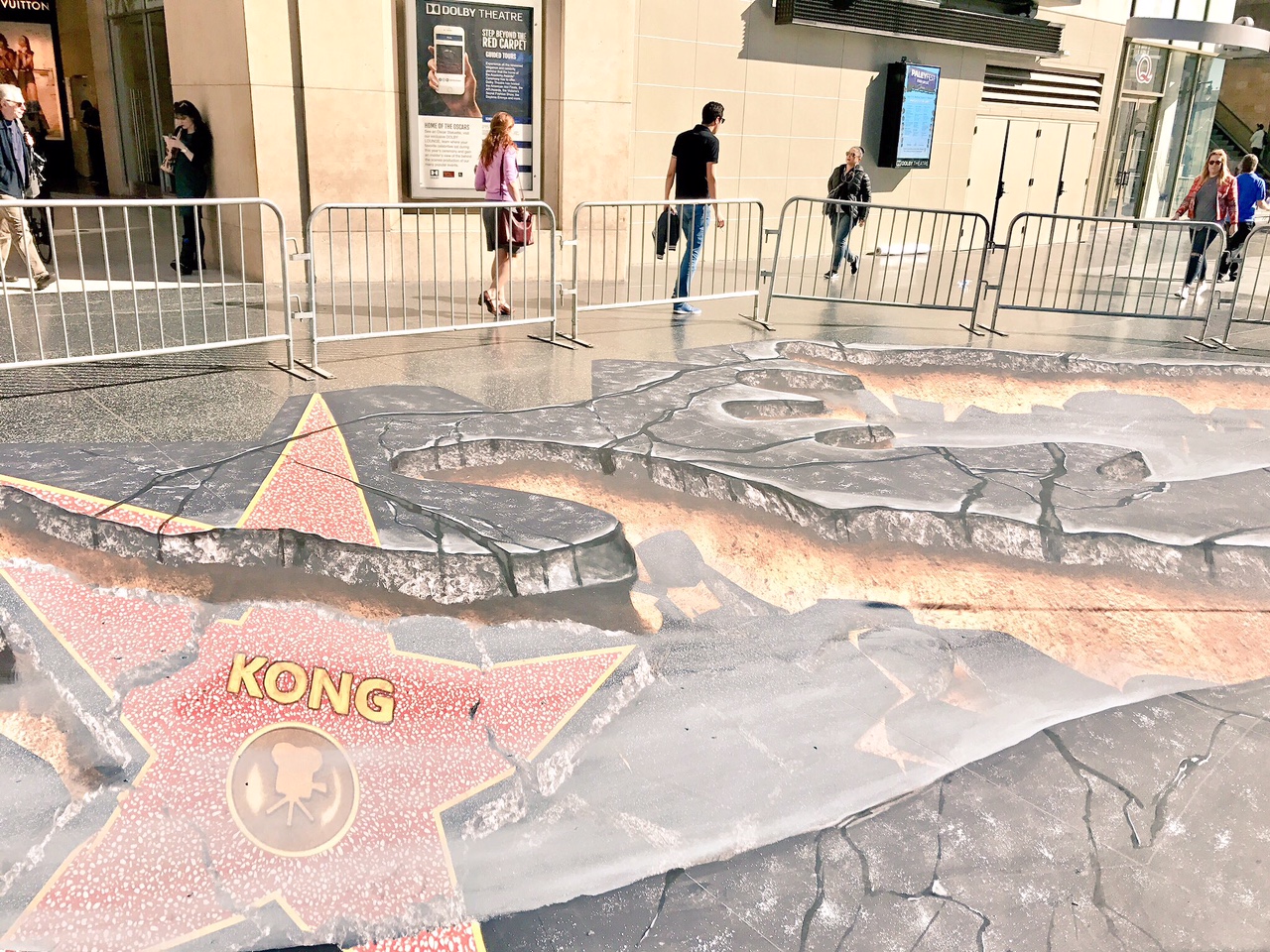 The last visit featured Kong making his mark on the Hollywood Walk of Fame famously outside the Dolby Theatre where the premiere was held last night.

All featured locations were placed on Waze, a traffic and navigation app. An icon captured, “Kong was here” would pop up on the map as passers-by came into contact with the scenes. Additionally, Kong’s epic prints also showed up on Goggle Earth, during the stunt.