The singer-songwriters who recently completed a co-headlining tour together have two nominations apiece and will compete against the very best in British songwriting and composing talent when the awards take place at London’s Grosvenor House on the 20th May. 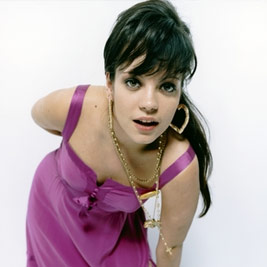 Lily Allen, along with her co-writer Greg Kurstin, has been nominated twice for her hit song, The Fear, in the categories ‘Best Song Musically and Lyrically’, an award won last year by Elbow’s One Day Like This, and for the ‘PRS for Music Most Performed Work’ award. Lily’s recent tour co-headliner, Dizzee Rascal, has also been nominated twice for Best Contemporary Song for his number one hit single Bonkers, co-written with Armand Van Helden, and for the ‘Album Award’ for the platinum selling Tongue N’ Cheek which he wrote together with Nicholas Detnon.

Nick Hemming, The Leisure Society’s songwriter and guitarist who gained a nomination in 2009 as an unpublished writer for the ‘Best Song Musically and Lyrically’ has received a further nomination for the 2010 awards. Save It For Someone Who Cares – nominated in the ‘Best Song Musically and Lyrically’ category, is taken from the group’s self produced debut album, The Sleeper, which received lavish critical praise on its release, being named a Rough Trade album of 2009 and the iTunes Singer/Songwriter Album of 2009.

Neil Hannon, who is best known for fronting The Divine Comedy, is nominated for the Album Award alongside Thomas Walsh from Pugwash for their cricket inspired work, The Duckworth Lewis Method. Their eponymous album is steeped in the love of cricket and pop and was released in July 2009, a few days before the start of the 2009 Ashes series.

Neil Hannon and Thomas Walsh commented “We, the Duckworth Lewis Method, are politely jubilant to be nominated in the best album category of this year’s Ivor Novello Awards. What joy! What honour! Our hippopotomously titled debut album really was as fun to make as it sounds. And it is to the eternal credit of this august, nay, July institution that ‘a record about cricket’ should be afforded the same opportunities as its less niche compatriots.”

Fledgling band Patch William, a London based four piece who met whilst studying at Bristol University, will fight it out for the ‘Best Song Musically and Lyrically’ award alongside Nick Hemming and Lily Allen. The band, who have been championed on Twitter by Stephen Fry, have been nominated for their single The Last Bus, taken from their critically acclaimed debut album which was exclusively released through iTunes.

Patch William commented “”We are a relatively unknown band on an independent label. When we recently signed with Chrysalis Music, we looked starry-eyed at the two Ivor Novello statues at the entrance. Not in our wildest dreams did we imagine that we’d be nominated for ‘Best Song Musically and Lyrically’, WOW”!

The 2010 awards are also shaping up to be a particularly good year for women song writers and composers with several nominations across the categories, including a nomination for acclaimed film composer, Hélène Muddiman in the ‘Best Original Film Score’ category. Hélène, nominated for the 2009 film Skin, is the first woman to be included in the category for 12 years.

Commenting on the new category, Mark Fishlock, BASCA director and member of The Ivors Committee, comments: “The Ivors has always sought to reflect the ever-changing world of songwriting and composing. The video games market has matured beyond recognition and big budget orchestral scores are regularly being commissioned. Writing music for games also requires a number of specialist skills compared with conventional film scoring, such as non-linear and multi-layered composition. This is a very exciting development and one which hopefully will be fully embraced by the rapidly growing games world.”

Patrick Rackow, Chief Executive of BASCA comments ““The strength and diversity of the works nominated this year is a testament to the talent and range of British music writers. It’s great to see a mix of established and new writers, and I would like to thank this year’s judges for all of their hard work”

Ellis Rich, Chairman of PRS for Music says “Every year the Ivors celebrates the best of UK song writing talent and it is wonderful to see some new names in this year’s mix. Our sponsorship of the awards is one of the oldest partnerships in the music industry and we’re delighted to support this highlight of the musical year once again.”

Held at the Grosvenor House on Thursday 20th May 2010, The Ivors are presented by BASCA in association with PRS for Music, and continue to be acknowledged as one of the most coveted awards in the industry. Previous winners include Sir Paul McCartney, Madonna, David Bowie, Amy Winehouse, Sting, Annie Lennox and Radiohead.

Check out this year’s nominees on itunes

Doctor Who Live: Monsters On Tour!