A life-sized cake of the much-loved Mr Darcy character played by Colin Firth in the BBC mini-series of Pride and Prejudice, has been unveiled today in the 25th anniversary year of the iconic drama to celebrate the launch Jane Austen Season on UKTV’s Drama channel. 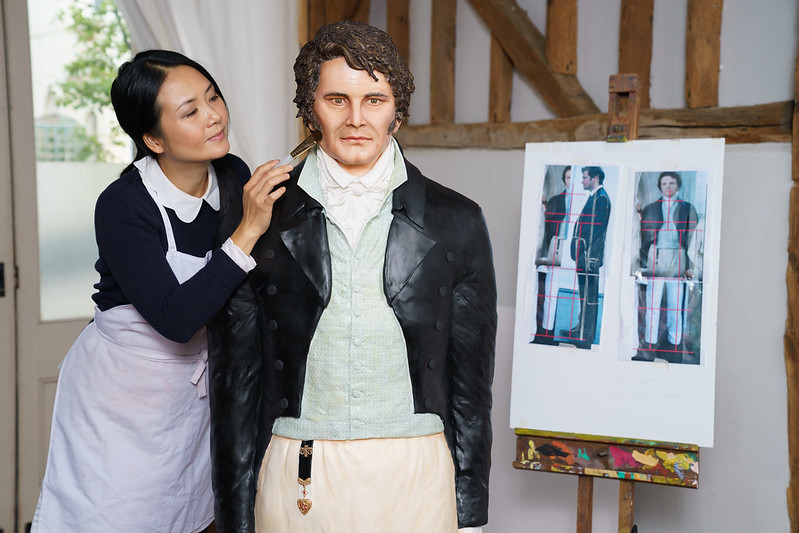 The 6ft cake was unveiled to the public today at National Trust property Lyme Park in Cheshire – which was used as Mr Darcy’s home Pemberley in the mini-series and where the famous lake scene was filmed. 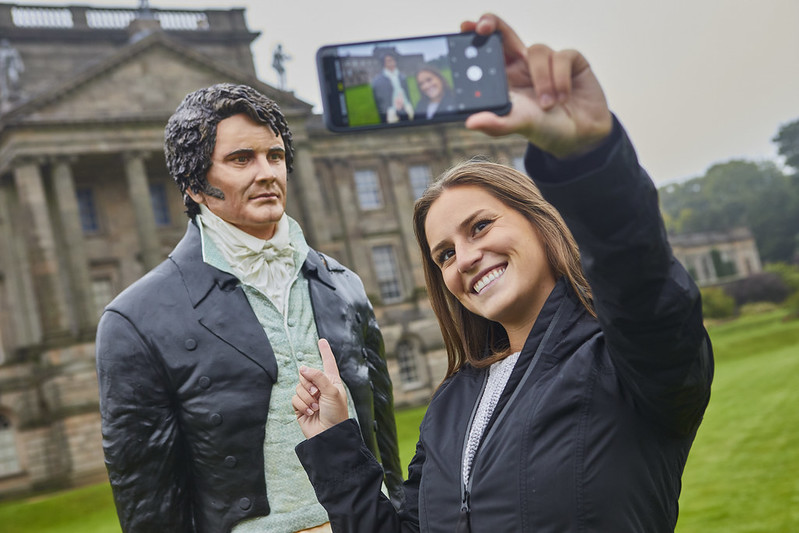 Colin Firth sparked ‘Darcymania’ in 1995 when he hit TV screens as Pride and Prejudice’s Mr Darcy; and new research reveals that his character is still as much of heartthrob today – with 79% of Brits confirming that he is the ‘tastiest’ male lead to appear in a British TV period drama in the last 30 years. 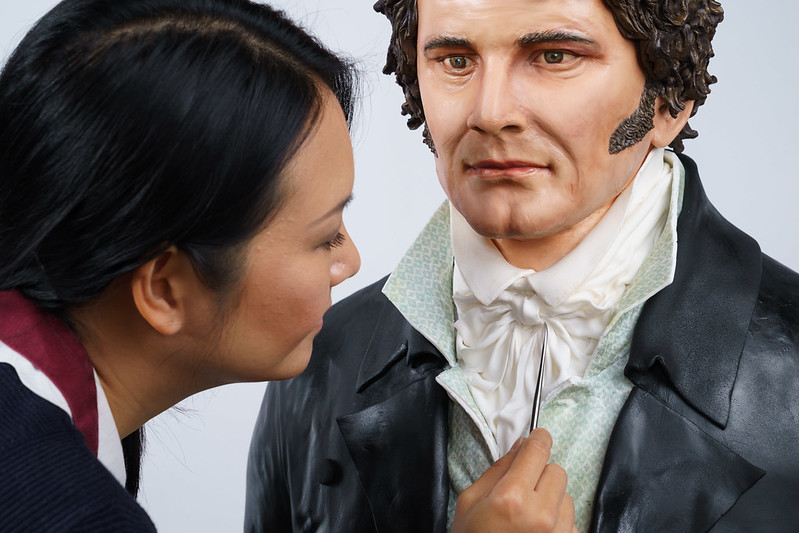 The research and life-sized cake were specially commissioned to celebrate the launch of Jane Austen Season, which airs on Drama on Sundays from 6th September and is also available on free streaming service UKTV Play.

Top 20 ‘tastiest’ male leads in British period TV dramas over the last 30 years, according to Brits:

World renowned cake designer, Michelle Wibowo, worked on the creation of Darcy’s cake counterpart; a process which took over 200 hours. Michelle began by assessing images from the screen hit and to create a sketch design to help perfect Firth’s look and create an accurate model even down to the smallest detail.

Cake artist Michelle Wibowo, who created the Mr Darcy sponge master-piece, said: “What better reason than the 25th anniversary of the series of Pride and Prejudice to create a birthday cake to celebrate – it’s taken 20kg of flour, 20kg of butter and 45kg of sugar and I couldn’t be happier with the results.  I’ve created cakes of everyone from the Queen to Beyonce, but Mr Darcy officially tops the list as the most delicious model I’ve ever made – and I hope his legions of fans will approve!”

Almost two thirds (63%) of Brits agreed that Mr Darcy’s charm tops the list of his most attractive attributes, with over half (53%) saying it was his voice that won their hearts. Over two thirds (69%) of us would also say that Colin Firth’s portrayal of Elizabeth’s Bennet’s love interest has been their favourite of the Pride and Prejudice variations over the years.

One in four (28%) describe the lake scene where Darcy emerges from the lake filmed there as their favourite in the 1995 depiction of the hit TV series, and 20% of Brits have watched the hit mini-series five or more times!

Emma Ayech, Drama channel director said: “We’re so excited to be able to celebrate 25 years of the Pride and Prejudice TV classic with our ‘Delicious Darcy’ cake – hopefully one that all the Colin Firth fans out there will enjoy!  We can’t wait to bring some classic Austen mini-series to living rooms around the country this September with our Jane Austen Season – as the days start to get shorter, what better way to spend a cosy afternoon than with a period favourite”.

Slices of the Delicious Darcy cake will be available for visitors to Lyme Park to enjoy from today.