A limited-edition version of their classic Coco Pops that combines the delicious flavours of smooth white chocolate and juicy strawberries.

With 30% less sugar than other chocolate flavoured cereals, Strawberry & White Choc Coco Pops turns milk pink, guaranteed to add a splash of colour to your breakfast.

The new addition follows the successful release of White Choc Coco Pops in 2019, with more than three million boxes flying off shelves in the first six months alone. 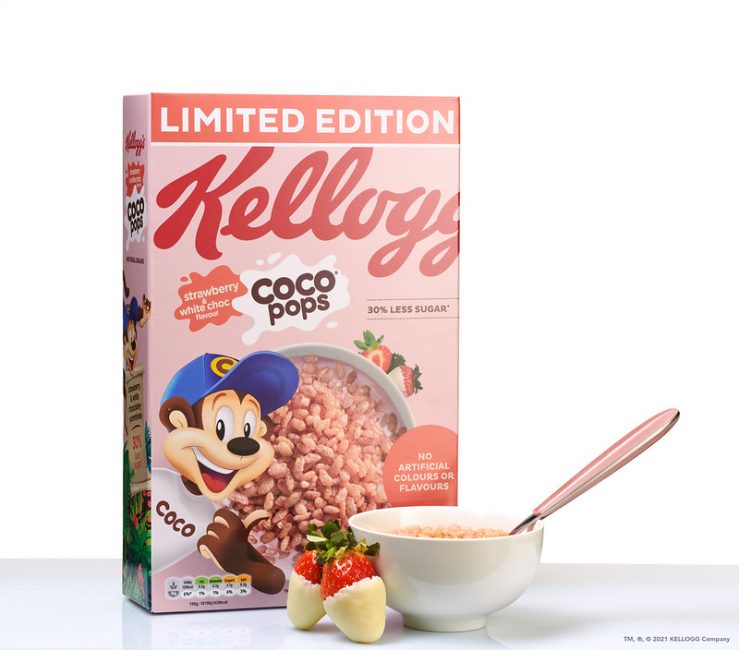 The limited-edition cereal retails at £2.99[2] (480g) and is available from all major supermarkets from Friday 12th February, for 12 months only.

Made at Kellogg’s Manchester factory, the all-new pink Coco Pops has been launched to add a much-needed joyful boost to breakfast. 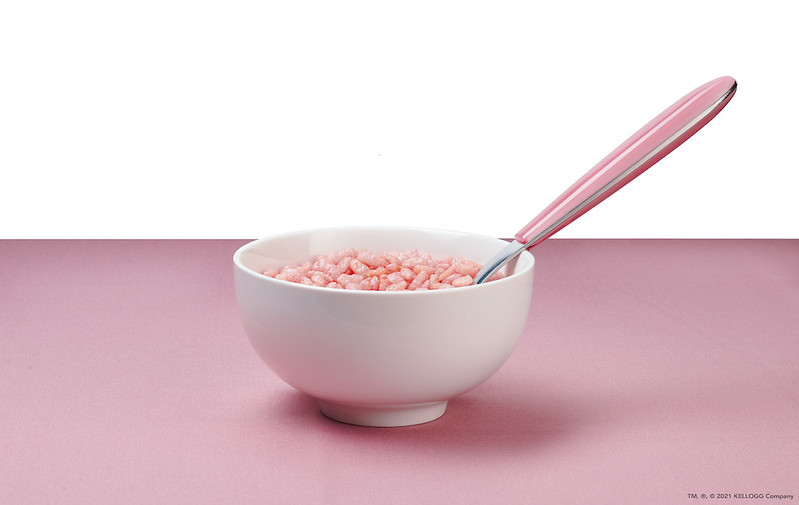 The strawberry and white chocolate cereal contains no artificial colours or flavours.

Harriet Oakes, activation brand manager from Kellogg’s said: “We are thrilled to launch new Strawberry & White Choc Coco Pops, it took over 50 recipe trials before we achieved the tastiest mix of strawberry and white chocolate that turned milk the perfect pink.

‘’When we launched White Choc Coco Pops in 2019, they sold out in just a few days so we’re hoping Coco Pops fans will be just as excited to try the new flavour. We’re sure kids and grown-ups alike will enjoy bringing a bit of pink to their breakfast.”

In 2017, Kellogg’s reduced sugar in Original Coco Pops by 40 per cent to help families make healthier choices in the morning[3].