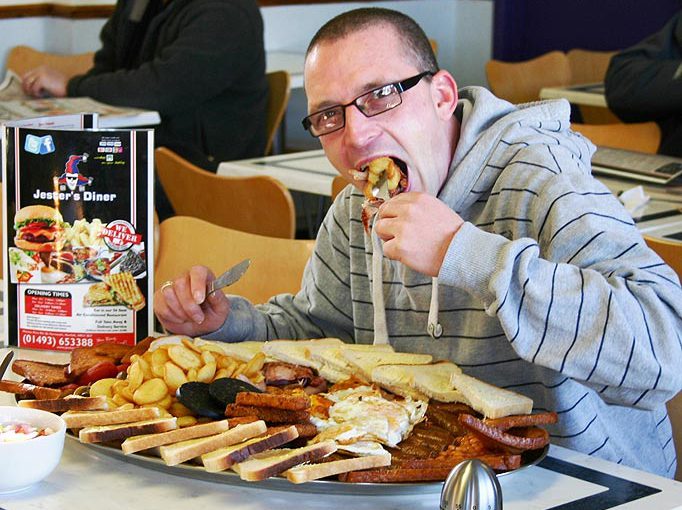 Jester’s Diner in Great Yarmouth, Norfolk has launched ‘the Kidz breakfast’ — so named as it weighs as much as a baby.

The Sun reports ‘It costs £15 but is FREE if customers finish it. However, not one has managed to in the six months it has been on the menu.’

Elisabeth Murdoch to give MacTaggart Lecture 2012