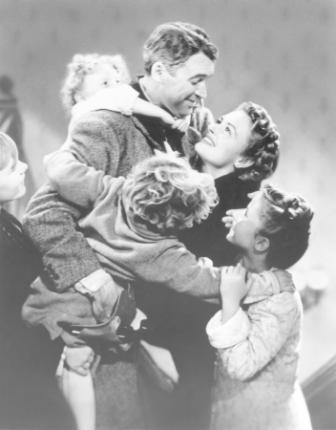 It’s a Christmas classic, loved by all, and never before has its message proved so timely – ‘It’s A Wonderful Life: The Collector’s Edition’, is released on DVD This week. As the credit crunch continues to dominate headlines around the world, ‘It’s A Wonderful Life’ provides an apt and uplifting reminder that family, friendship, love and virtue are the true definitions of wealth and fortune. First released in 1946, ‘It’s a Wonderful Life’ has become one of the most enduringly popular and heartwarming films ever to come out of Hollywood. Directed by Frank Capra and starring James Stewart as George Bailey, the festive film tells the story of George – a man whose imminent suicide on Christmas Eve leads to him encountering his very own guardian angel, Clarence Odbody (Henry Travers), specially sent from up above to redeem George’s peace of mind, and change his perspective on life. Can Clarence open George’s eyes to the good fortune that surrounds him, before it’s too late?

Your Country Needs You