HORSING AROUND On Newquay’s Watergate Bay.

Polo ponies, especially the Cornish ones, have a reputation for being a bit vain – and now they’ve gone and proved it with a giant self-portrait in the golden sands of Newquay’s Watergate Bay. 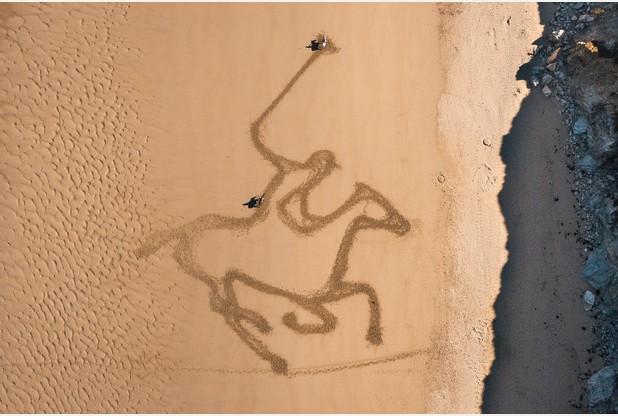 The classic “make it massive” stunt (400m end to end, fact fans) was created by Polo on the Beach sponsor Great Western Railways. But not without help from ponies Tonka and La Sophia, described as: “perfect equine artists… known for their agility and fast-paced turns.”

Captured by drones (what else), the image took two hours to come to life but was washed away once the tide came in.

Trever McDonald looks back at a lifetime of events