The gun-shaped green popsicle, dubbed the ‘Vice Lolly,’ consists of one part alcohol and three parts water from a spring in Lourdes, France, which many Catholics believe has healing powers.

The Vice Lolly, which costs £18.58 will go on sale at the radical The Icecreamists shop in Covent Garden. 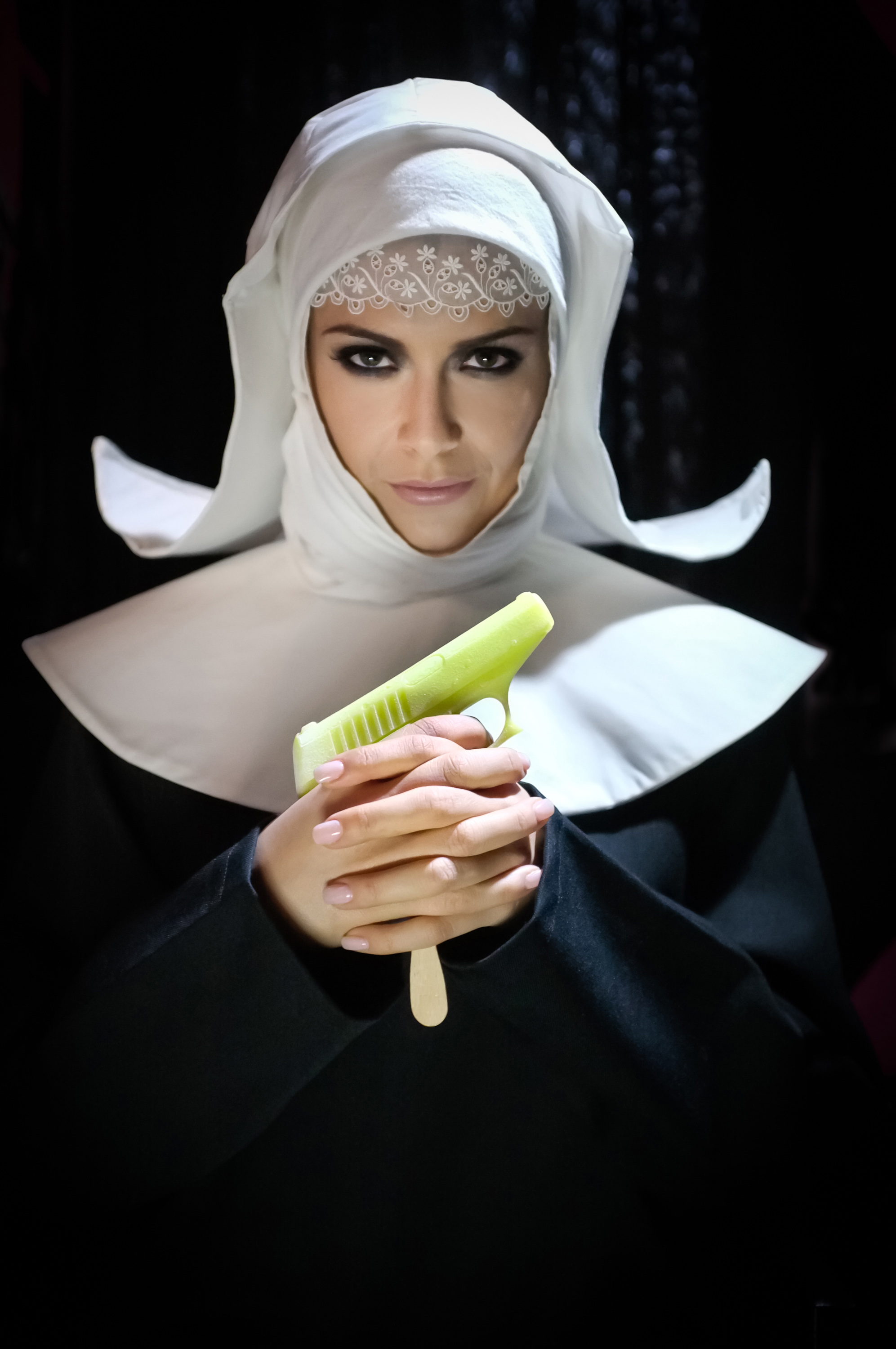 This year he is building on his reputation for shock and awe by releasing water from a spring at the Grotto of Massabielle at Lourdes, considered holy by over a billion Catholics worldwide – and a drink seen as being so strong it was said to have led legendary artist Van Gogh to have chopped his own ear off.

“Being born into a Catholic family I wanted to make a statement about religion,” said Matt.

“I was looking at doing something that was a traditional children’s ice lolly, but I turned this idea on its head. I went from something quite innocent to the most radically provocative concept possible. I have a source in France that bought the holy water for me in plastic bottles. After it was shipped over I spent a lot of time tasting it with absinthe and sugar to get the taste and balance just right. Then we super-freeze the high alcohol content mixture into hand-gun shaped moulds. You get a hit of absinthe with a touch of sweetness. After about three of these the average drinker would certainly be feeling the effects.”

The product is displayed in a gun cabinet freezer. 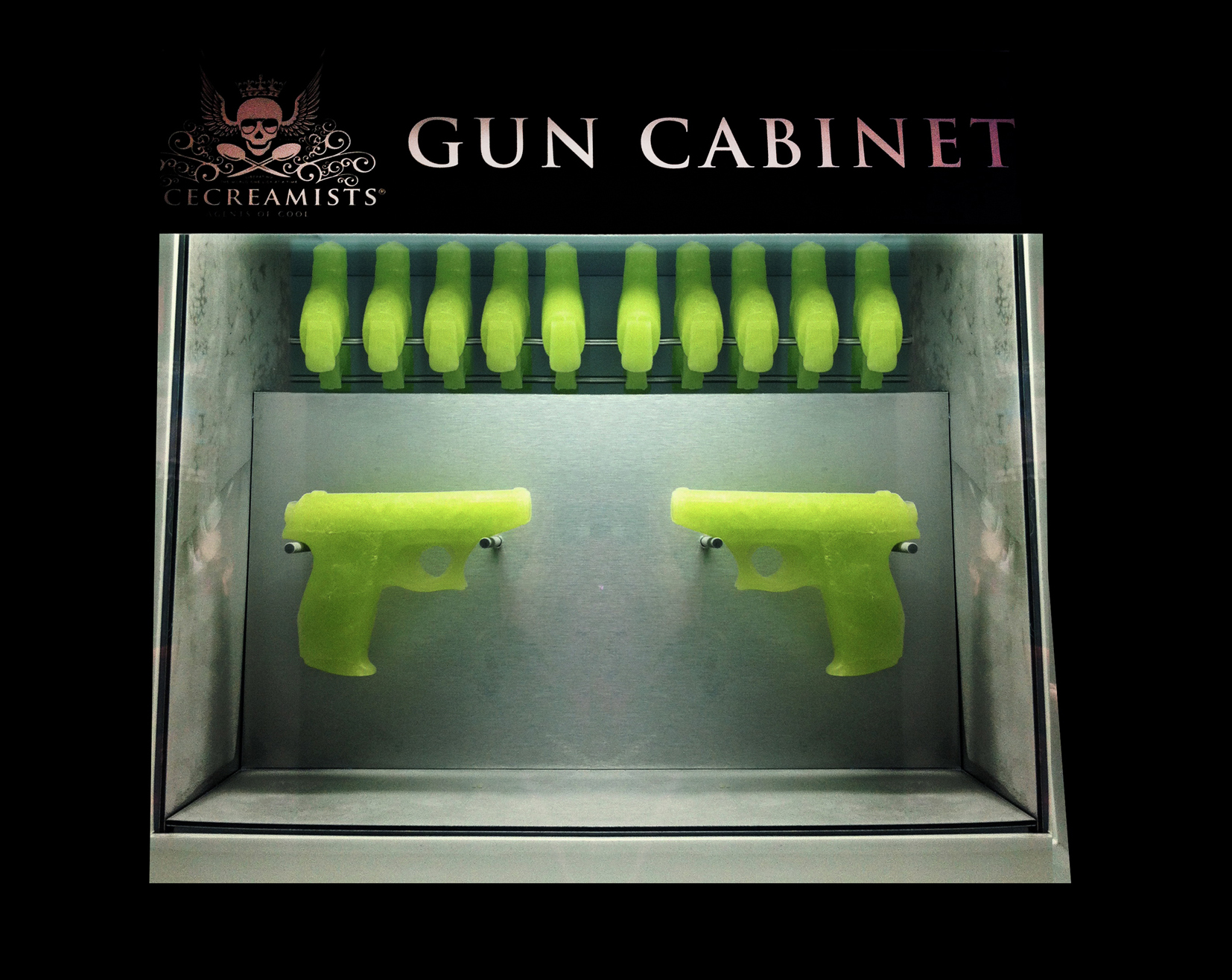 In the Nineteenth Century absinthe was banned outright by the Victorians, who nicknamed the drug-like tipple, “the green goddess”. The powerful liquor was allowed to be on sale in the UK from 1998.

The water at the spring in Lourdes is considered holy by the Catholic Church since 1858 when a 14-year-old girl who later became Saint Bernadette Soubirous claimed she saw the Virgin Mary there in a vision.

These are now called the “Marian Apparitions” and since this time thousands of pilgrims have travelled each year in the hope their ailments will be miraculously cured.

The Icecreamists’ mission is to turn the traditional ice cream parlour experience on its head by reinventing sorbets and gelatos with a unique twist.

Their boutique menu includes chocolate volcanoes and chilli vodka ice creams. The interior design of the store follows a theme of experimentation with presentation involving syringes, flames and cryogenic cocktails made with liquid nitrogen.