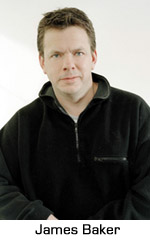 Previously, Baker held several senior positions at BSkyB, which he joined in 1996 as Head of Programming. In subsequent years he was promoted to Controller, Sky One, Sky Two and Sky Three before taking on the position of Managing Director, Sky Networked Media, responsible for web, mobile, interactive TV and broadband content strategy.

Commenting on the appointment, Joanna Drake Earl, Chief Operating Officer of Current, said: “Current’s approach toward the creation of media for and with a young adult audience is unique in both strategy and execution.  James’ exceptional passion and diverse experience make him perfectly suited to oversee those elements, while guiding our operations in the United Kingdom as we continue to innovate both online and on TV.  We’re thrilled that he’s joined the Current team.”

Baker, added: “”There’s no network in the marketplace with more potential than Current – that’s why I’m so delighted to be taking the opportunity to work with the team. As so many other channels battle against the slow incursion of online content and consumption, Current is shaping up to embrace a truly multi-platform future, where online and TV are fully linked, and users are given the opportunity to actively drive the direction of the network.

“This doesn’t just provide viewers and web communities with a dynamic and rewarding experience, but also gives enlightened advertisers and commercial partners the opportunity to engage in smart, targeted and fully integrated campaigns – working directly with the Current production and marketing teams. ”

Polar Bear Stranded on The Thames for Eden Launch