Google sends a camera-equipped camel across the desert – the first time the firm has used an animal to capture Street View images – reports Sky News.

A 10-year-old camel called Raffia was equipped with Google’s Street View cameras to create panoramic shots of the desert around the Liwa Oasis in Abu Dhabi.

It is the first time the company has used an animal to capture images, but Google said it was the “most authentic” way of taking the photographs. 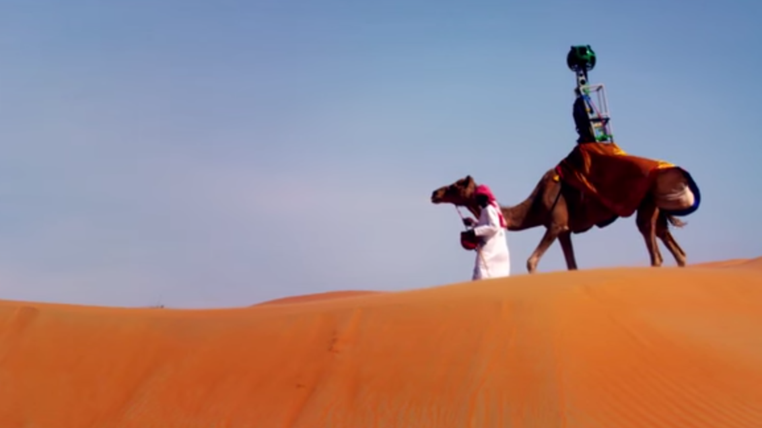 Middle East spokesman Joyce Baz said: “With every environment and every location, we try to customise the capture and how we do it for that part of the environment. 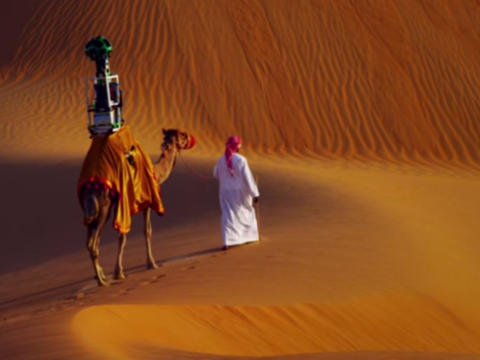 “In the case of Liwa we fashioned it in a way so that it goes on a camel so that it can capture imagery in the best, most authentic and least damaging way.”

Shoppers Are Climbing The Walls At North Face