Paddy Power ‘stirred up the haggis’ ahead of the Ireland vs Scotland Euro 2016 qualifier last weekend.

With an unsubtle dig at the failed Scottish independence bid, the Irish bookmakers created a moving billboard boasting a slightly altered quote from Braveheart – ‘You may take our points, but at least we have our freedom’. 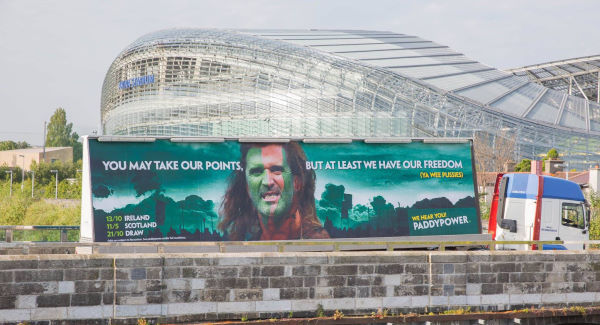 Footballer Roy Keane was depicted as Braveheart’s William Wallace, however was adorned in Irish green rather than the traditional blue of a Scotsman.

This followed the welcome Paddy Power gave English supporters the previous week, when they wrapped an entire bookmakers in bubble wrap, making it ‘yob-proof’.

Paddy Power said it went these unique measures ‘just to be safe’ and the shop comes complete with a bubble wrapped guard dog! 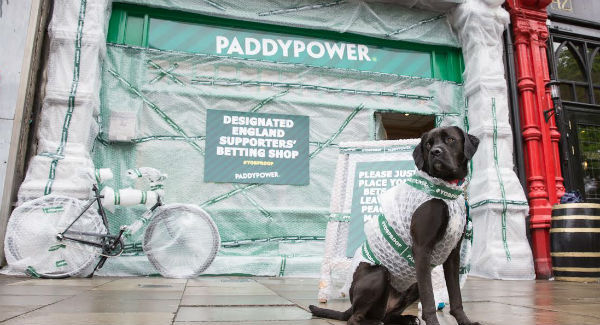 It may have been a draw on the pitch, but Ireland definitely scores highly for creativity!