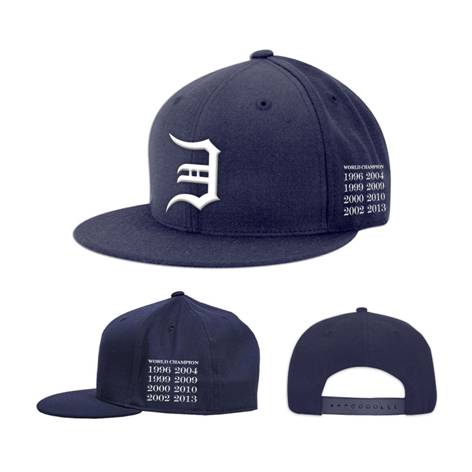 Eminem has all but confirmed the upcoming release of a new album through the design of a baseball cap, which is now being sold on his official website.

Named the “Eminem Baseball Tribute Champ Hat”, the (real) Slim Shady has unveiled a cap, decorated by a panel listing the years he released his full length solo albums. But that list also includes 2013, giving the biggest clue to date of a follow up to 2010’s Recovery.

Ever devout to his home town Detroit, the cap is linked to his home team the Detroit Tigers. Eminem’s official website describes it as:

“For a limited time only in honor of the big games and the hometown team’s return to The D we are pleased to offer the Eminem Baseball Tribute Hat in both home and away colors. Side panel is dedicated to the landmark Eminem solo albums. A portion of the proceeds will go to The Marshall Mathers Foundation.”

Although there have been suggestions that Eminem’s 8th record is in the making previously, this is the strongest indication so far, and the Eminem Baseball Tribute Champ Hat should be reason enough for his fans to be excited about 2013 confidently.