British actor and rising star Lucien Laviscount is celebrating the 35th anniversary of the GIF in a new campaign documenting human emotion in the digital era.

In a film released today, Lucien portrays a range of emotions, from anguish to elation, in an incredible feat of facial gymnastics and acting prowess.

The actor who plays Alfie in the hit Netflix show Emily in Paris, and previously starred in Waterloo Road and Coronation Street, managed to convey 31 different emotions and expressions in just 60 seconds.

The film, captured on the new Samsung Galaxy S22 Ultra, was shot in one single-take with Lucien displaying emotions ranging from anger to joy, and love to lust.

The TV hunk who has over 1 million followers on Instagram has teamed up with Samsung to launch an ambitious cultural project, which aims to curate the new lexicon of human expression.

‘The Samsung Galaxy GIF Project’ spearheaded by Professor Vyvyan Evans, PHD of Linguistics has been commissioned to mark the launch of the new flagship Galaxy S22 series and aims to prove that humans can now convey more emotions than any other time in history.

With over 10 billion GIFs in circulation and over 2 million sent each day, the humble GIF has become a pivotal format in the way we now communicate and express ourselves.  35 years since the very first GIF was created, the tech giant is aiming to chart the full spectrum of human expression and is set to the record the number of distinct emotions we can now instantly express and identify. 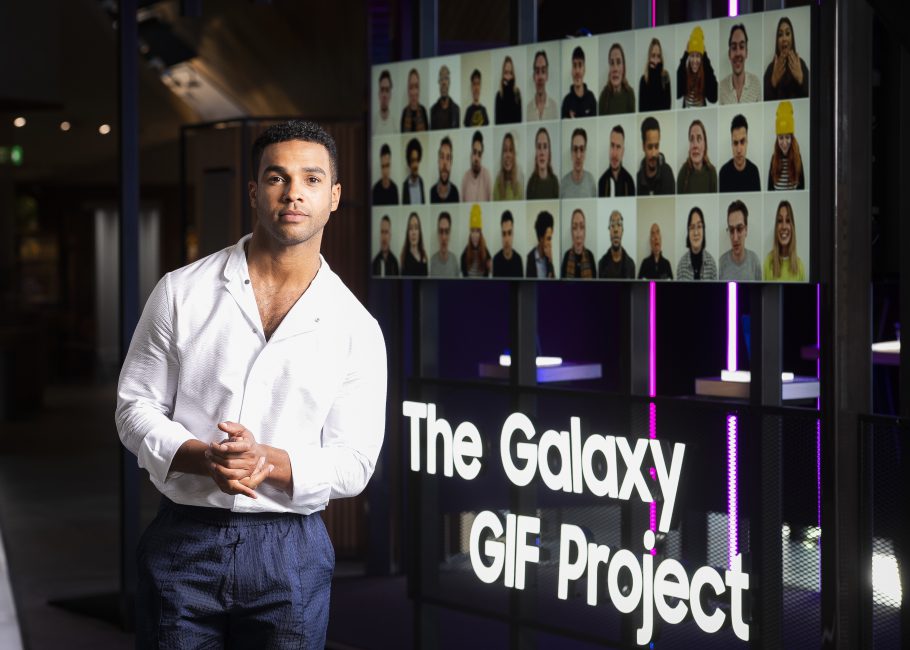 The campaign follows new research by Samsung, which reveals eight in 10 (87%) Brits find it easier to express their emotions using technology than in person, rising to 94% for those aged 18-35.

The research identified occasions where people find it easier to let the tech do the talking, including a third (35%) of respondents opting to use GIFs, memes or emojis to celebrate their football team winning, one in 10 (10%) would dump a partner by GIF, 29% would use one to convey they were hungover, and 23% would use a GIF when they are having an argument. 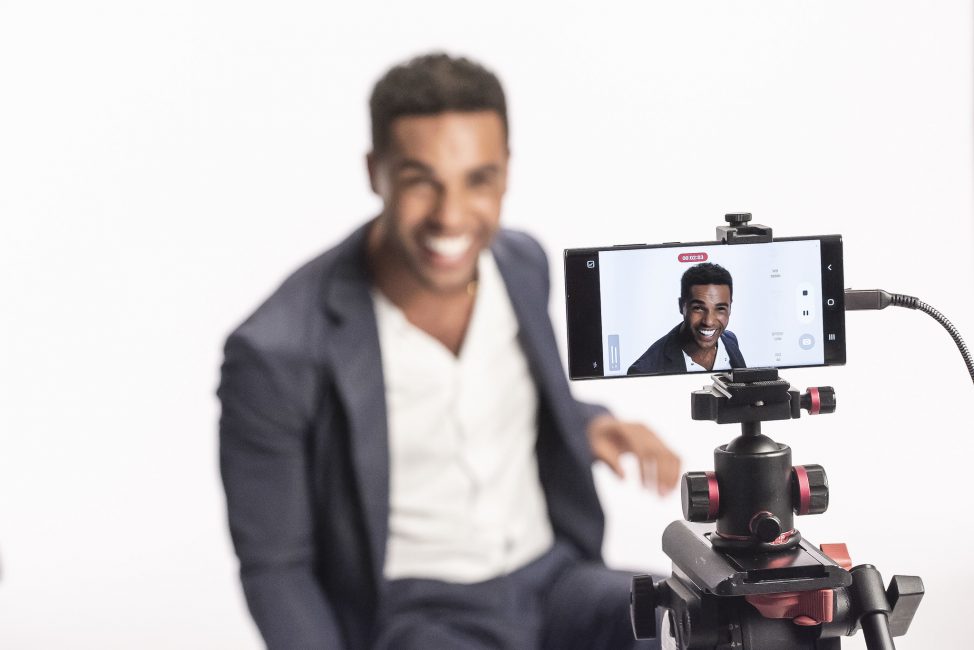 According to a study of 3,000 British adults aged 18-65, on average, Brits say they display up to seven different emotions a day.

The British public is being invited to contribute to the national project and visit Samsung KX in London, King’s Cross to record and submit their own GIFs, which will form part of Professor Evans’ research.

A special ‘Galaxy GIF Project’ experience has been created inside Samsung KX, featuring both ‘light’ and ‘night’ stations, enabling people to shoot GIFs that capture a full range of emotions.

The content will be captured on the Galaxy S22 Ultra that comes with new Nightography features, which make photo a video content pop even in the dark.

Once the GIF is captured customers are then able to personalise the content using the device’s embedded S Pen to add colour, animations, and sound.

GIFs were first introduced on June 15th, 1987, created by a team of developers seeking a way to compress images. Since its inception the GIF has become ubiquitous as a piece of internet culture.

Whilst millions of GIFs are sent each day 80% of Brits said they are now using GIFs to communicate how they are feeling on a regular basis, and 82% of smartphone users report that their usage of GIFS has increased from a year ago, with 63% stating their GIF usage has doubled.

According to research by Samsung UK, on average, Brits said they send four GIFs a day, and 82% of the nation have used GIFs and memes to communicate or express their emotions on social media or via instant messaging services such as WhatsApp.

The 18–35-year-old age group are the biggest users, with 92% of younger people agreeing that they find it easier to express their emotions using tools likes GIFs, memes and emojis, than using written words.

The research also reveals that 84% Brits believe that technological developments, such a GIFs, have made a positive impact, enabling humans to express themselves better than ever before.

But for those aged 45-65 GIFs are lost in translation – one in four (44%) admitted to lacking the confidence in how to use them appropriately.

Actor, Lucien Laviscount, said: “Being challenged to show a full spectrum of emotions in 60 seconds was quite an experience! Visual expressions we create can speak a thousand words, which is why GIFs can often show how we feel in the best way. Everyone loves a cheeky GIF once in a while!”

Professor Vyvyan Evans, PhD said: “Since the advent of the smartphone human communication has changed immeasurably. GIFs, memes and emojis are the “language” of the internet, and have become the bedrock of popular culture, fundamentally transforming how we communicate with people on a daily basis. Emotions and feelings can now be conveyed instantly to others in a single powerful visual. The Galaxy GIF Project’ has been launched to prove that, due to technology, humans can now more readily express and identify more emotions than at any other time in history”.

Ashrita Seshadri, Head of Brand Marketing, Samsung UK, said: “From instant messaging to social media, technology has given us a multitude of tools to express how we feel and visual messages such as GIFs let us animate our personalities and emotions. We welcome the British public to be part of our research programme and to shoot their own GIFs, expressing emotions using the new Samsung Galaxy S22”.

Galaxy S22 and S22+ introduce dynamic cameras with advanced intelligent image processing to make every moment epic. Built with a bold design and sustainable materials, Galaxy S22 and S22+ are designed to be both beautiful and environmentally responsible. With the Galaxy S22 series’ revolutionary new Nightography features – like the 23% larger sensor than S21 and S21+ and Adaptive Pixel technology – the camera is designed to let in more light, draw out details, and capture colours that make your content pop, even in the dark[1].

‘The Galaxy GIF Project’ at Samsung KX is open to members of the public free of charge.

The new Samsung Galaxy S22 range and Galaxy Tab S8 Series are available now on Samsung.com and all major retailers. For added convenience, guests can also take advantage of the Click & Collect service, plus be rewarded for their purchases with KXtras.

For more information on ‘The Galaxy GIF Project’ visit: https://www.samsung.com/uk/explore/kings-cross/creativity/galaxy-gif-project

NatWest Thrive with Marcus Rashford programme kicks off this Easter

Subway invites diners for subs and champagne on a yacht