This week we revealed the results of TV channel Gold’s annual modern Christmas cracker competition – and they are cracking (get it?).

The winning joke this year went to Matt King from Wokingham, for the topical;

“Why does Donald Trump have his Christmas dinner on a plastic plate? He doesn’t get on with china.”

Even Piers Morgan cracked a smile, reading it out loud on Good Morning Britain. 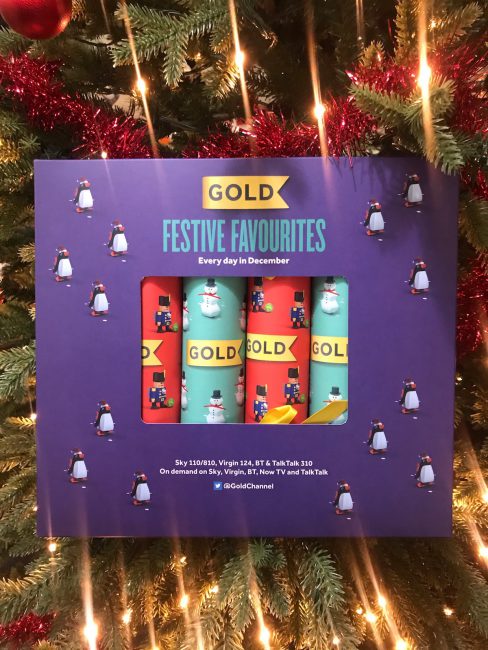 As the jokes relate to 2019, it’s perhaps unsurprising then that there was an influx of jokes relating to Trump and Brexit.

And puns about Love Island, Wagatha Christie, The Crown and carbon emissions also got the country giggling.

The Top 10 funniest new Christmas cracker jokes for 2019 are revealed as:

1. Why does Donald Trump have his Christmas dinner on a plastic plate? He doesn’t get on with china.
2. Why is Parliament like ancient Bethlehem? It takes a miracle to find three wise men there.
3. Christmas dinner is a lot like Brexit. Half the family were told they needed to make room for Turkey, so opted to leave Brussels.
4. Why has Santa been banned from sooty chimneys? Carbon footprints.
5. What is Coleen Rooney’s favourite game to play over the festive period? Guess Who.
6. Why doesn’t Jeremy Corbyn ever visit Santa? Because he struggles in the poles.
7. Why is Greta Thunberg boycotting parsnips and carrots at Christmas? Because she’s a swede dish campaigner.
8. What’s the difference between Rudolph’s nose and David Cameron’s autobiography? Only one will be red at Christmas.
9. What do you call a snowman who goes on Love Island? A melt.
10. What is Olivia Colman’s favourite part of a turkey? The Crown. 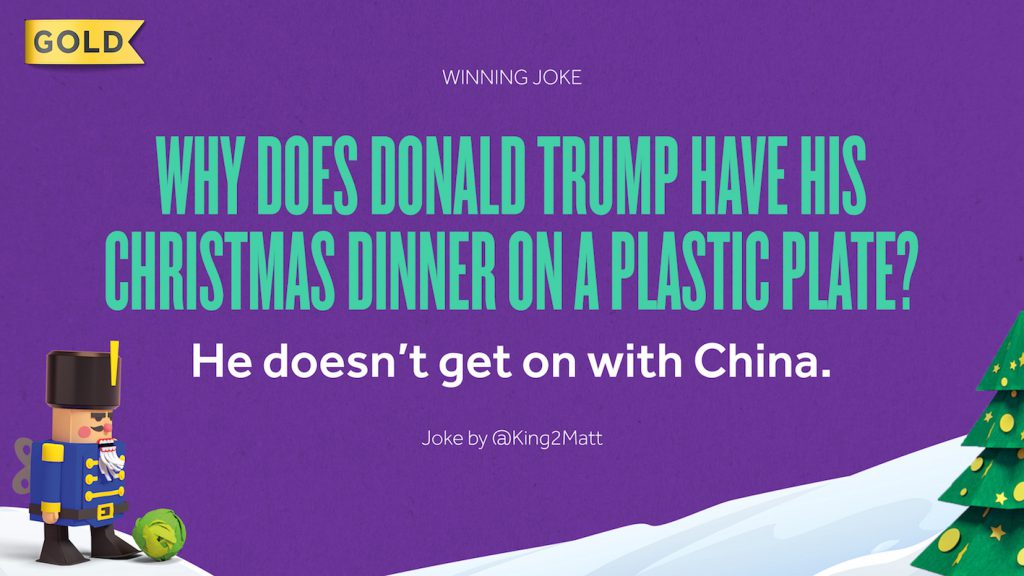 This is the seventh year we’ve worked with Gold to challenge the British public to tweet in their original festive gags.

The entries were then shortlisted by a panel of judges and put to a public vote to reveal the winning jokes.

The winner received £1,500 towards a holiday and a box of bespoke Gold Christmas Crackers, one of which contains his own top gag.

The campaign was a great success again this year, with over 180 pieces across print, online and broadcast.

Alongside a lot of regional and consumer pieces we secured ten national pieces, including a half-page in The Mirror, The Sun, Daily Express, I, theguardian.com, Mail Online, The Sun Online, Metro Online, The Mirror Online and The Daily Record Online. 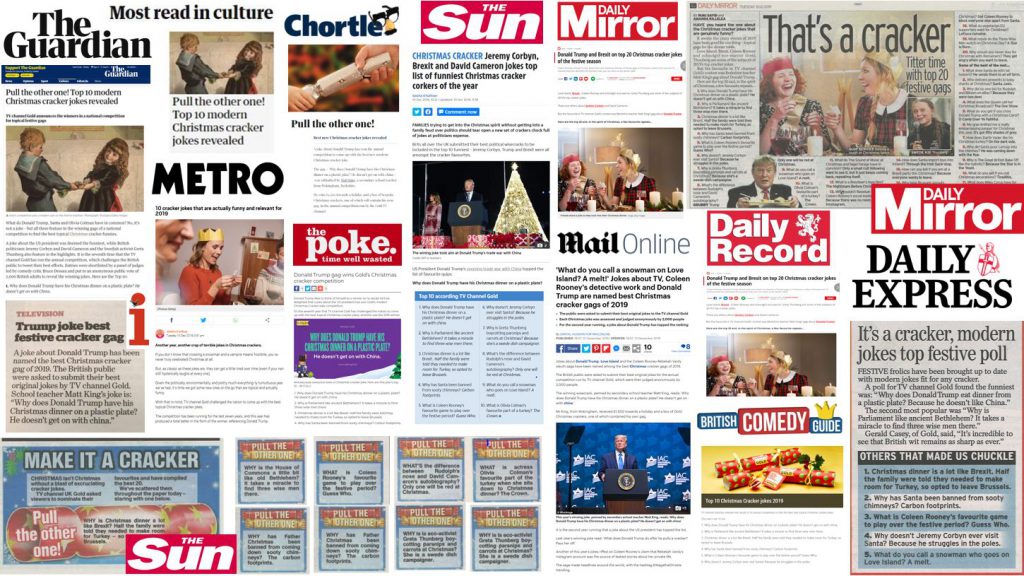 Now you can beat The Cardashians with Card Factory