To promote Disney Parks “Limited Time Magic” campaign we worked up a launch event concept with the in-house innovation team that would see the creation of a spectacular three-story ice castle in New York.

To make the castle and other ice structures appear in the middle of Times Square overnight took tons of planning and talent.

Disney Parks unveiled the 25-foot-tall, 45,000-pound castle made of ice as the sun rose over Times Square in New York City.

The icy structure was unveiled during the Disney Parks announcement of “Limited Time Magic” that will take place throughout 2013 at Disneyland Resort in California and Walt Disney World Resort in Florida.

Next year, each week at the Disney theme parks will be highlighted by a different surprise or guest enhancement for a one-week-only engagement. 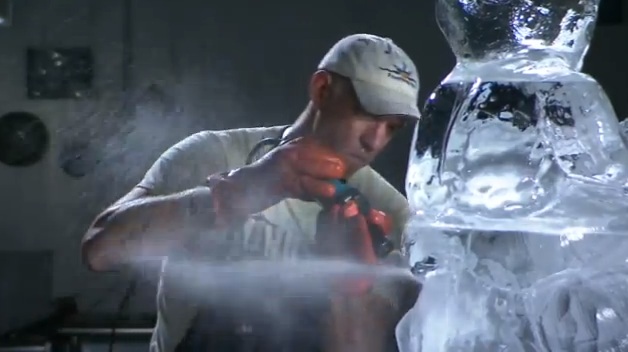 Each weekly surprise, many never-before-seen in the Disney Parks, will include entertainment, dining, character experiences and more.

Each one will disappear after seven days and make way for the next week’s Limited Time Magic experience.

Combined with the heat of the morning and early-afternoon sun, the ice castle in Times Square — which took more than 12 hours to construct and craft — demonstrates the short-lived nature of Disney’s Limited Time Magic.