There have been sightings of cowboy riders around London this week culminating with a magnificent line-up at the box office at Cineworld Leicester Square. 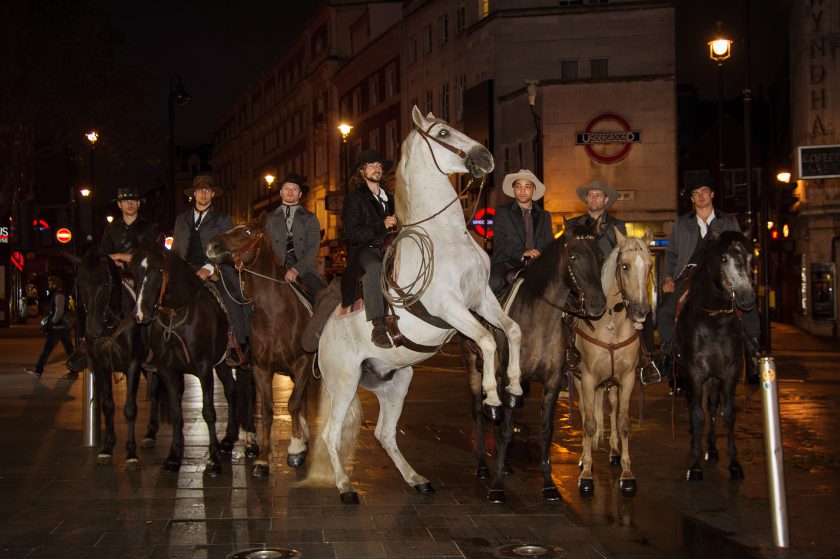 The stunt was executed to promote  The Magnificent Seven which is released tomorrow, starring Denzel Washington, Ethan Hawke and Chris Pratt. 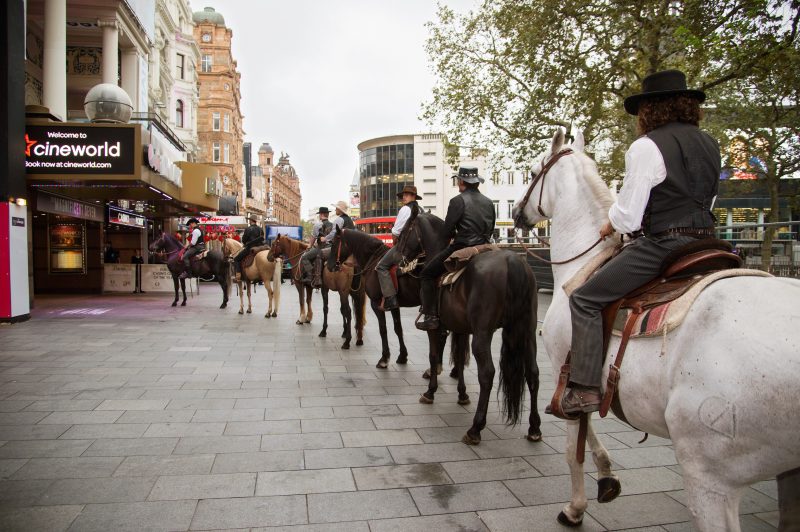 Movie sites reported that “Commuters and tourists were shocked to see the impressive posse of seven authentically dressed cowboys arrive in the historic West End, with eye witnesses immediately taking to twitter.”

I expect to see a crackhead at 6am in #LeicesterSquare …but Cowboys? Raaandom!#Mag7 #Magnificent7 #London pic.twitter.com/b9i9B7ssHB

The cowboys have since been sighted crossing busy roads, leaving their horses at Boris Bike stations, chilling in London parks and staking out tube stations. 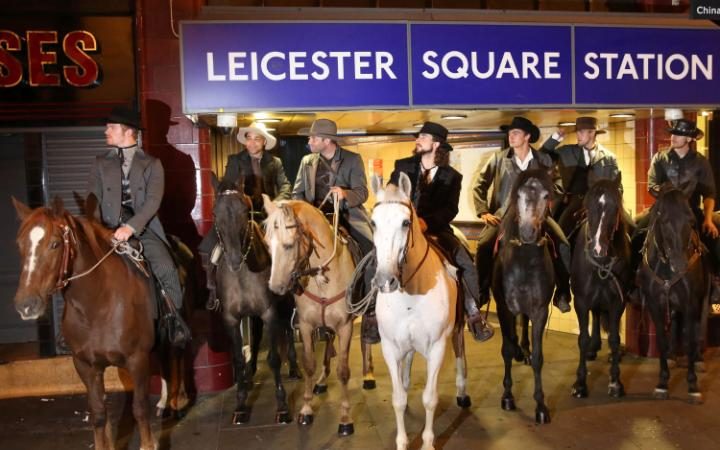 What happens when you leap from a hot air balloon on a 125m long swing? This.