LONDON, 16th August 2012: One is a tracksuit wearing benefits cheat who’ll do anything to avoid work, while the other is a wannabe WAG who has maxed her credit card buying clothes she can’t afford. Meet Punch and Judy, as you have never seen them before.

In a move that will shock traditionalists and could have some seaside puppeteers up in arms, a team of award winning comedy writers from British comedy channel GOLD have dragged the classic show kicking and screaming into the 21stcentury, to mark its 350th anniversary. 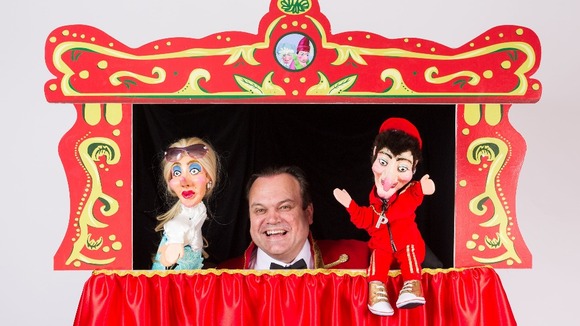 Punch and Judy Rebooted, which will tour the UK throughout August,has been designed to engage both parents and children alike.  Set in modern day Britain, the show gives Punch and Judy a contemporary edge and satirical spin, reflecting the dynamic of the original UK performances back in 1662.

Modern sensibilities have been taken into account… so Punch is no longer a wife beater, and The Baby doesn’t get dropped on its head. With religious observance on the decline, out goes a visit from The Devil and in comes Deputy Prime Minister Nick Clegg as Cleggy the Clown. 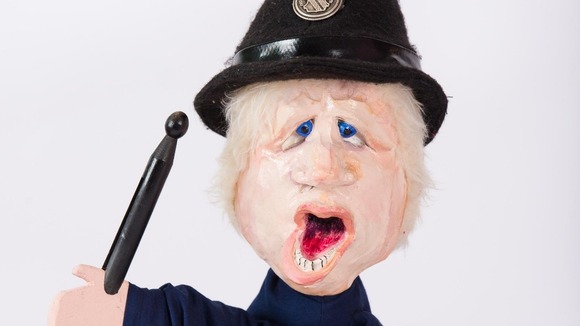 But the new show promises to come with plenty of cheeky satire, and boasts new hate figures such as an EU Sausage Inspector, Longa the Loan Shark and a “famous female pop star” who collects children. There’s even a cameo from a sexy superhero Prince Harry, a bumbling blonde policeman called Boris Johnson and, when Punch ends up in court, he gets served with some very modern showbiz justice from pop guru Simon Cowell. 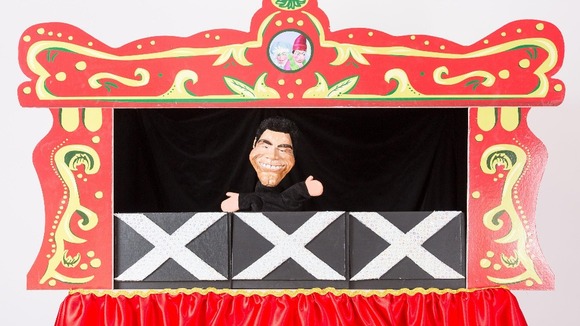 Comedy channel GOLD commissioned the re-booted show following a survey of 2,000 British parents which found that over half believed the traditional Punch and Judy, wastoo both long for modern children’s attention spans andout of date. The findings revealed that jokes around domestic violence and baby cruelty were a major turn-off for a 40% of parents whilst one in five believed the show could even cause nightmares.

GOLD decided Punch and Judy needed a new look and more up to date material. So they got award winning sitcom writers John Phelps and Gary Lawson – the writing team behind hits such as My Family, Goodnight Sweetheart and Birds of a Feather – to reinvent the slapstick show for today’s audiences. 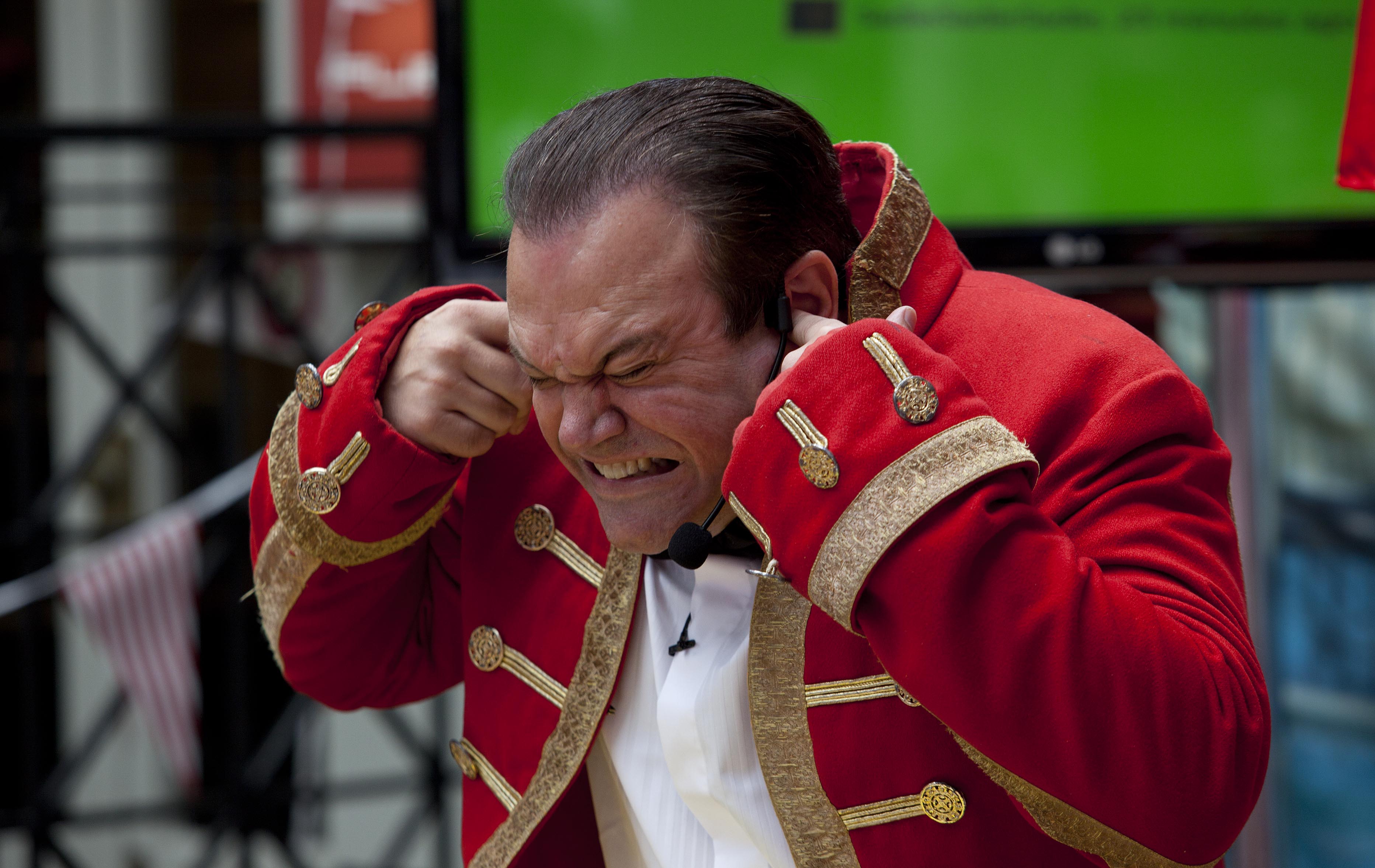 Reducing the running time to just 25 minutes the writers came up with a hilarious set of new capers, which sees a superhero (Prince Harry) rescue The Baby from an ageing pop star with an appetite for collecting children. 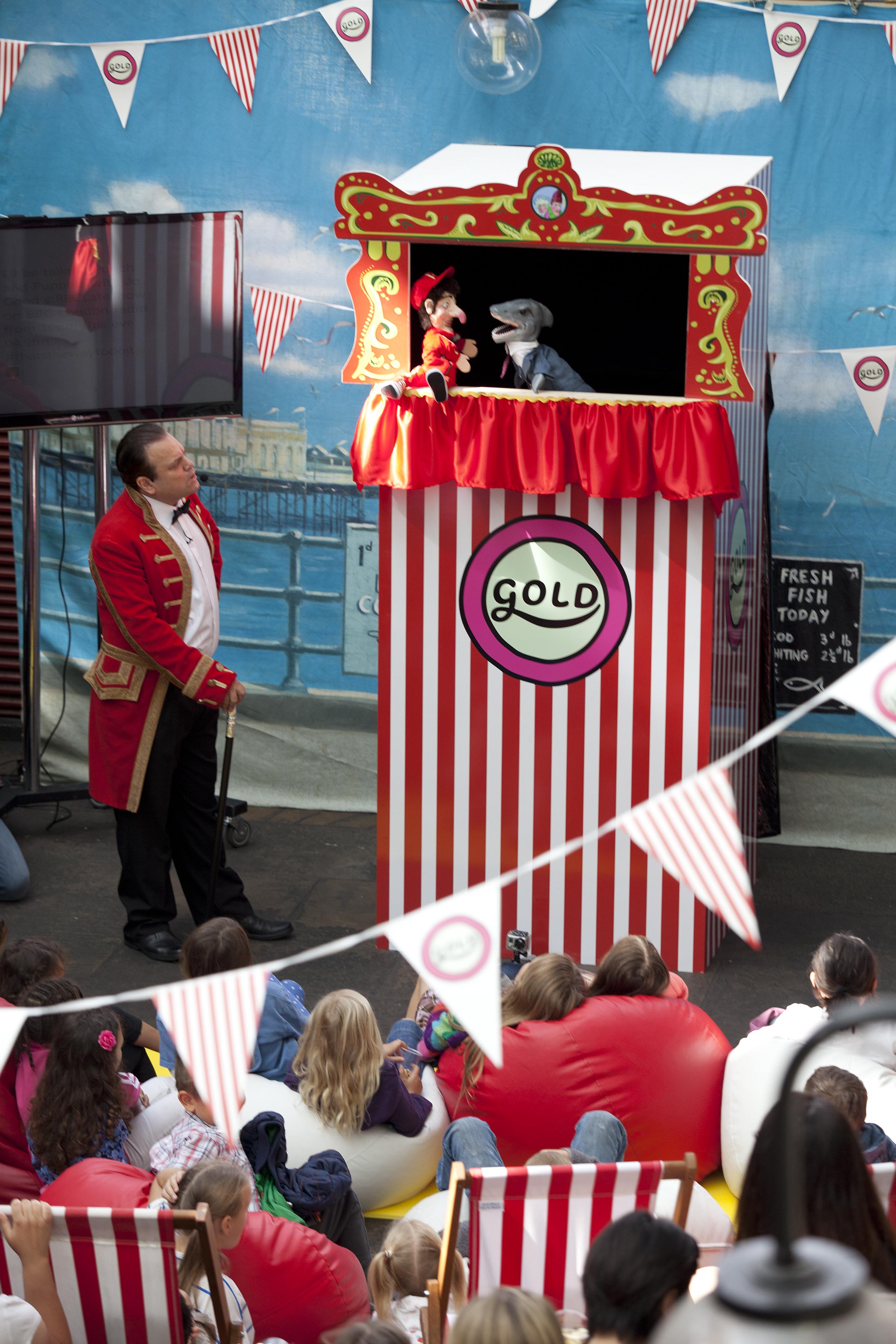 Taking the modern theme further, the show is  designed to be fully inter-active with the parents in the audience encouraged to converse live using twitter via #thatsthewaytodoit within the first three minutes of the show!

Steve North, General Manager of GOLD comments: “Punch and Judy are quintessentially British and hugely important part of our culture. This project is all about preserving that culture and introducing it to a new generation. It’s important to note that this is not a politically correct makeover – indeed the new show is just as anarchic and funny as its always been, it’s simply a modern day version with modern day themes that we can all relate to.”

John Phelps who co-wrote the new show for GOLD adds,“The challenge was to retain the core knock-about, ‘slapstick’ appeal which we have all come to know and love whilst modernising the show in a way that would appeal to both kids and their parents.  With subject matters ranging in scope from the X-factor to the recession, reality shows and e-bay through to fashion and politics we hope we have achieved that balance!”

Punch and Judy Rebooted will premiere in Covent Garden on the 16th August at 10am and 12 noonat the Punch and Judy pub forecourt and will star Eastenders and Extras favourite, Shaun Williamson, as the bottler. The show will also be available to watch on Gold’s website at www.goldtvchannel.co.uk and Gold’s Facebook page www.facebook.com/goldtvchannel.

The live show will be touring British beaches this summer, with Great Yarmouth (23 August) and Scarborough Beach (24 August) the next ports of call for the brand new Punch and Judy show.