It’s well-known that yawns are contagious, but this has never been used to sell coffee before! The world’s first contagious billboard has been created at a subway station in São Paulo, by Brazilian coffee brand, Café Pelé.

They introduced a ‘yawning billboard’ to tire Brazilian commuters, as 70% of people yawn when they see someone else yawn. 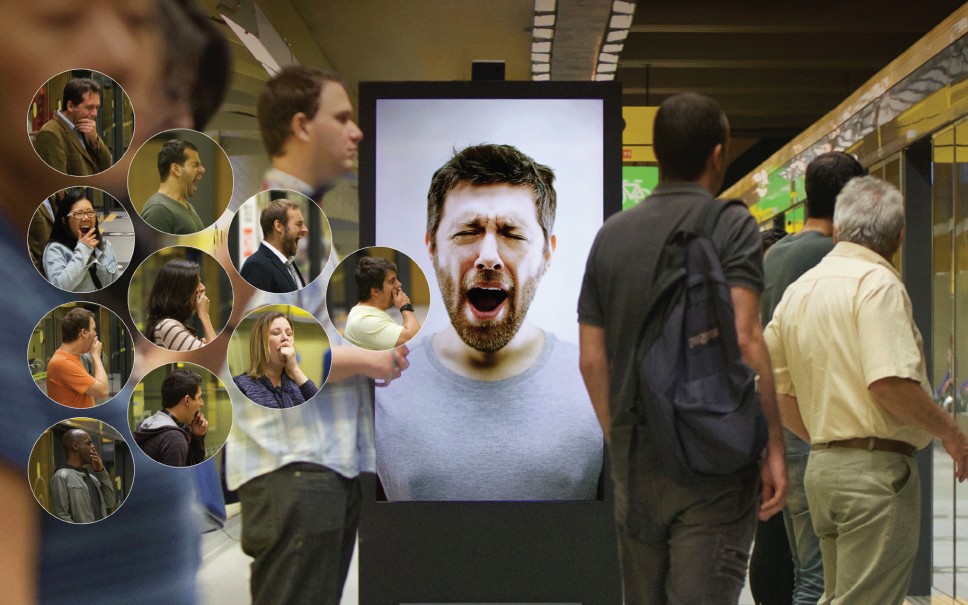 The billboard uses motion sensors to detect when someone walks past, then displays a video of someone yawning.

Conveniently, waitresses then appear with ‘the cure’ to this yawning epidemic – trays of Café Pelé coffee to hand out to the sleepy commuters.

Be warned, this video will leave you yawning and with a severe caffeine craving!

A White Walker in London