Burger King pay for a Whopper of a Wedding.

In a deliciously romantic tale, childhood sweethearts Joel Burger and Ashley King are getting married, and to their (and presumably their parents’) delight, it’s all courtesy of their namesake fast food chain Burger King!

Following in the footsteps of name-merging heavy weights such as KimYe and Brangelina, the couple have lovingly been known as Burger-King since they met at school. In fact, the ‘love burgers’ announced their engagement by taking a picture of themselves behind a Burger King logo. 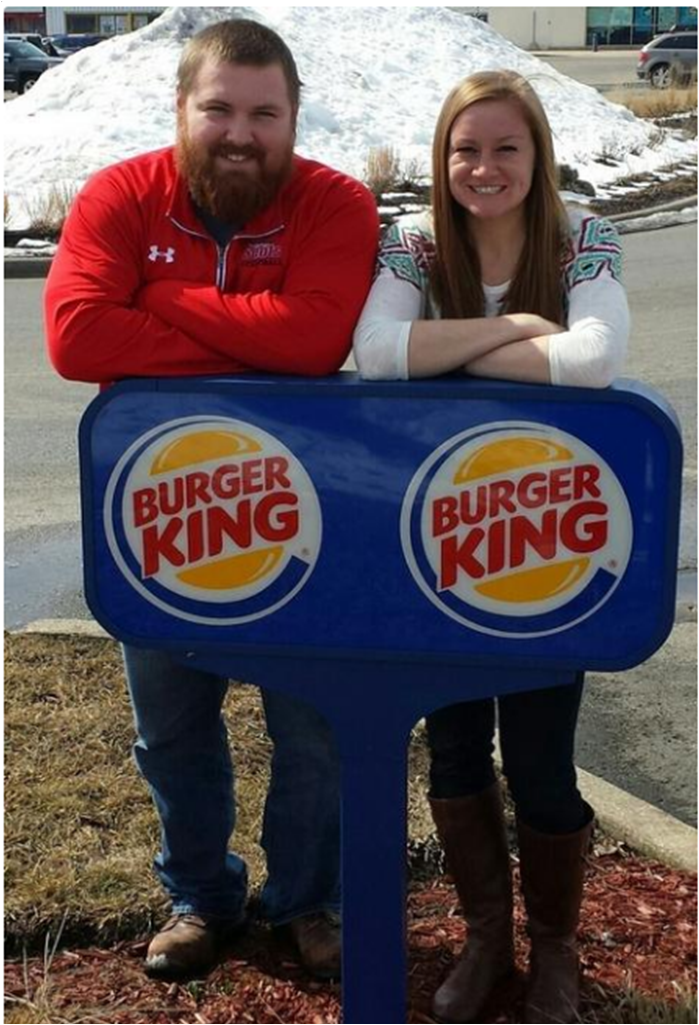 Not missing a trick, Burger King’s PR team were quick to skype the unsuspecting couple and offer to pay for the wedding.

“When we heard about the happy, Burger-King couple, we felt an overwhelming urge to celebrate their upcoming marriage,” said Eric Hirschhorn, Burger King Brand spokesman. “On so many levels it felt like fate; they found each other and their story found us.”

Burger King will be providing wedding guests with many a royal treat including personalised Yoyos, Burger King crowns and gift bags made especially for the event.

This ‘whopper’ of a wedding is due to take place in July, though the catering arrangements have not yet been confirmed…