images free for editorial use HERE

Following the success of last year’s BeanOld, Beano is back with another hilarious take on the year. 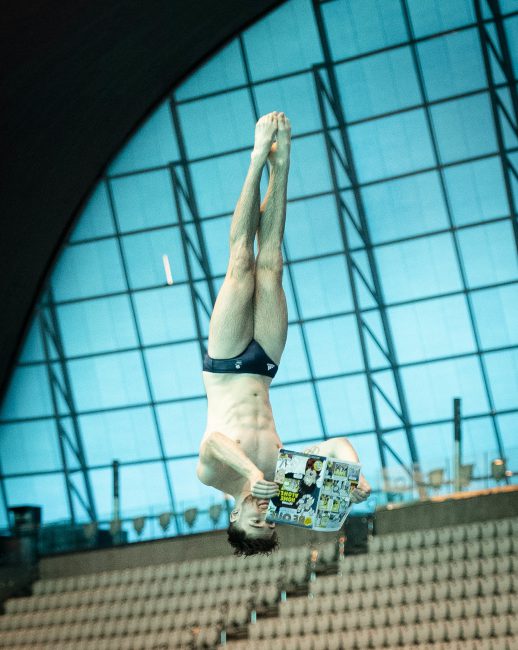 With friends and families hopefully able to celebrate together this year, BeONE has been created for everyone to enjoy as one and commemorates the incredible golden year of sport enjoyed by Great Britain in 2021.

Featuring as a special pull-out inside the weekly comic, BeONE sees Dennis set off on a solo quest to reunite Gnasher with his family for Christmas. On realising her beloved boy has gone, Mrs Menace alerts Mayor Brown to help track him down but Mayor sees his opportunity to keep Dennis out of Beanotown for good.

As Dennis tries to make his way back to Beanotown, to be reunited with his family just in time for Christmas Day, Mayor and Walter try to stop him at every turn but luckily Jennifer and Jessica Gadirova, Sky Brown, Kare Adenegan, Matty Lee, Maisie Summers-Newton and Emma Raducanu come to the rescue. The special comic also sees special appearances from some of the other biggest names of 2021 including Matt Hancock, Piers Morgan, Jackie Weaver on Zoom and Elon Musk and his moon mission. 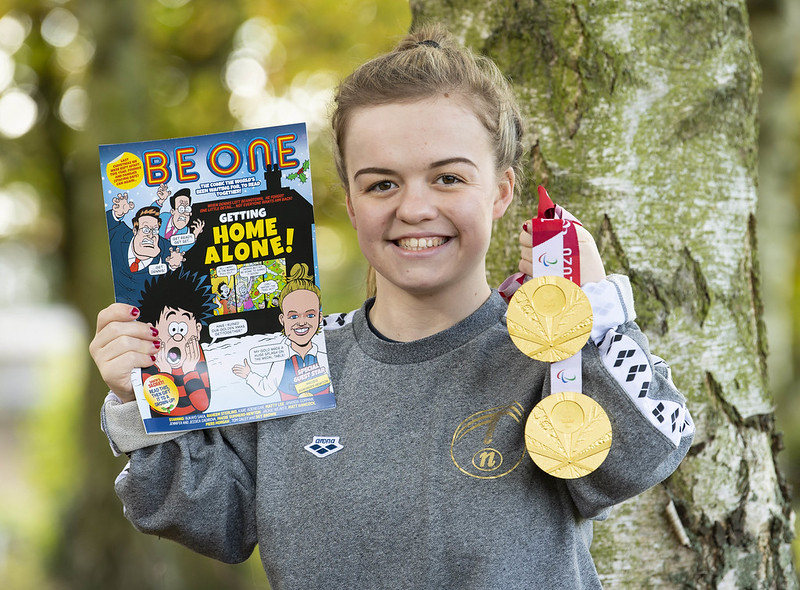 Mike Stirling, Editorial Director of Beano Studios, said: “This year, our sporting superstars have lifted the nation’s spirits so we couldn’t think of a better way to round off 2021 than with some well-deserved appreciation for these incredible young athletes and the joy they brought to the nation. The reception to last year’s BeanOLD was incredible and we saw generations of families using it to connect when they had to be apart. We hope BeONE is the comic families have been waiting for and that this year they can enjoy reading it safely together!” 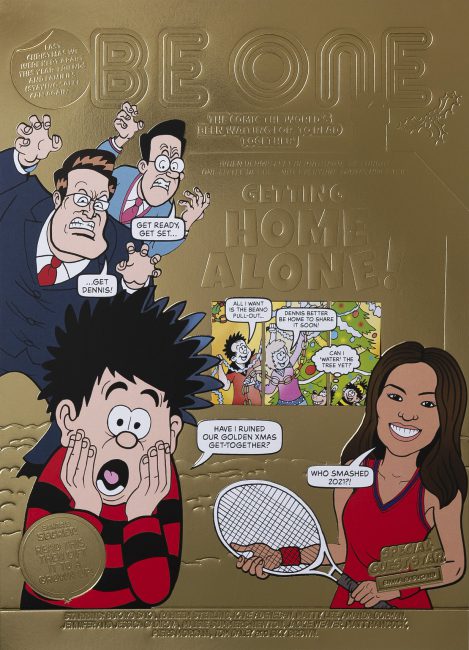 The funds raised from these exclusive covers will be donated to Save the Children to help children in the UK and around the world stay safe, healthy and learning.

Gold medal winning Olympic diver, Matty Lee, said: “I loved reading the Beano as a kid so to see myself on the cover of such a special, charity issue is a crazy feeling, it’s absolutely amazing. I’ve had a sneaky preview and it’s as hilariously funny as I remember.”

Double gold medal winning Paralympic swimmer, Maisie Summers-Newton, said: “Seeing myself on the cover the special charity issue Beano is amazing, it’s such a memorable part of the childhood of many generations, so it’s a real honour to be a part of it and celebrate a fantastic year for sports.”

In 2021, teenage stars have smashed records and become sporting heroes. Emma Raducanu was the first ever qualifier to win a Grand Slam final and the first British woman to win a Grand Slam in 44 years, all at the age of just 18. Bukayo Saka was a stand-out star of the young England team in the Euros who brought the country together this summer by reaching their first major final in 55 years.

Last November Beano released BeanOLD, the first ever Beano for grown-ups designed to spread laughs and raise the nation’s spirits in 2020. Found inside the regular Beano, the special edition, pull-out comic saw Dennis’ mum and dad looking back on the events of 2020, recounting Zoom quizzes, home schooling, delayed Bond films and toilet roll shortages. The issue sold out and was re-printed to meet the demand of families who shared it in lockdown.

‘BeONE’ can be found in this week’s Beano, available to buy from today on beano.com/beone and in selected retailers. The limited-edition gold covers can be purchased from beano.com/shop