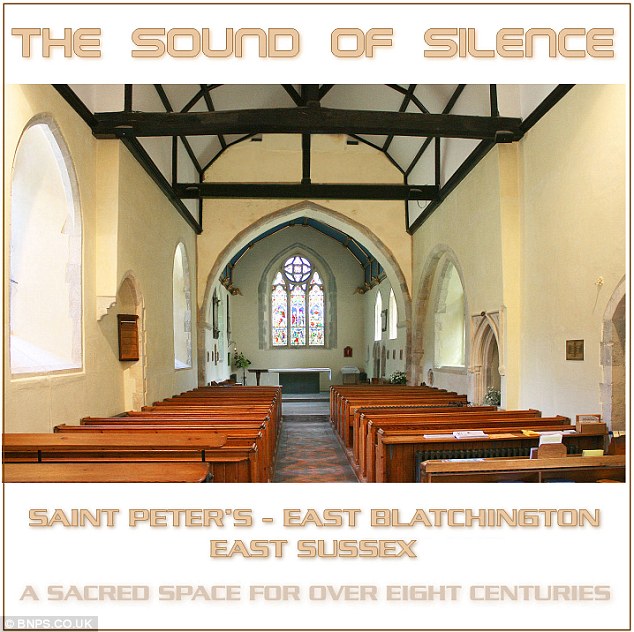 ‘A CD of the sounds of silence from inside a village church has sold out after becoming an unlikely hit. The 30-minute recording was originally created to help raise some extra funds for repairs to St Peter’s Church in Seaford, East Sussex.’ reports Mail Online.

‘Church members believed the atmosphere in their small 12th century church was so unique that its peacefulness would appeal to a wider audience. So they left some recording equipment on inside the building for half-an-hour.

The only sounds that can be heard on the CD are the odd squeaking of the wooden pews, some footsteps and the distant hum of passing traffic. After selling out of the CD during a recent open day the church has now taken orders for it from as far afield as Germany, Austria and Ghana.’