The most creative names in marketing, media, and technology convened in France this week to attend the annual Cannes Lions International Festival of Creativity – and many of them even leaned in for a selfie with our attention-seeking polar bear. 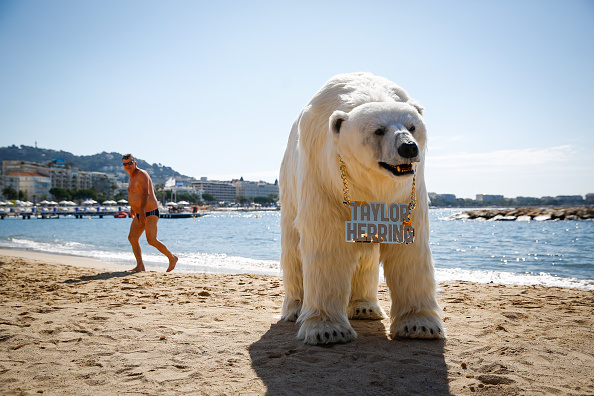 There have been over 40,000 awards entries submitted this year – so once again we’ve sifted through the publicity stunts, the meaningful PR campaigns, the viral videos and the show-stopping outdoor builds to bring you 40 of our favourite campaigns, (in no particular order of greatness).

Drink more beer, save the planet? DB Export, a brewery in New Zealand, announced last July it had created a biofuel made using leftover yeast from brewing beer called “Brewtroleum.”

Homelessness in the UK has reached record levels. For years The Big Issue has been helping the homeless by giving them the chance to earn money by selling the magazine. But that model was under threat from the rise of free titles. People were spending more on a cup of coffee each day than the price of the mag. So they launched ‘Change Please’ a coffee cart brand staffed by the homeless who have been re-skilled as baristas. 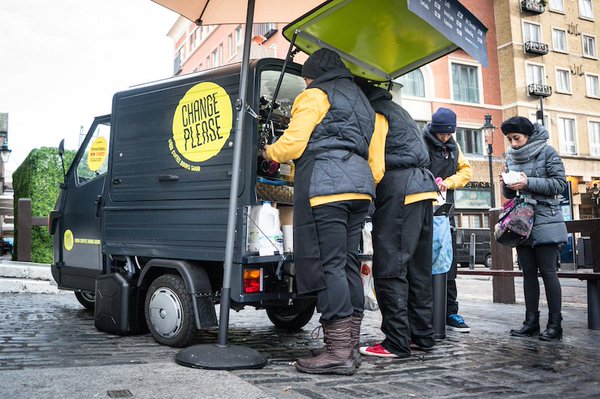 [FCB Inferno for Change Please and The Big Issue]

Nivea came up with an innovative solution for educating kids about the sun. Dolls that are made with UV-sensitive material that turns lobster-red when exposed to harsh rays unless wiped with sun cream. 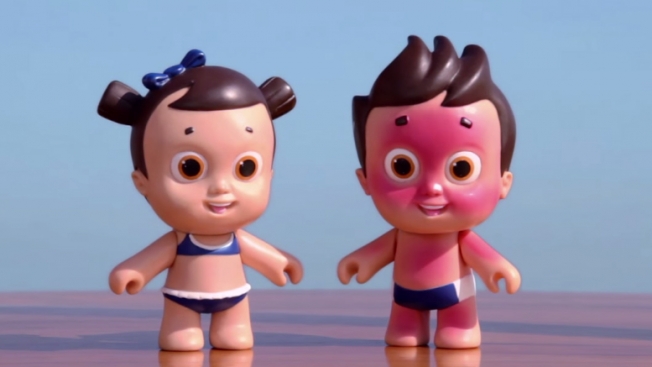 How do you get the press talking about a catalogue? IKEA Switzerland arranged for the doyen of German literary critics to deliver a professional literary analysis of the homestore’s product sheet that reached 230 million people!

The exhibition offered an intimate look into Van Gogh’s most personal space so the Art Institute Of Chicago took his most intimate painting and bought it to life as a room you can rent on Airbnb.

Only 0.2% of the Romanian population are blood donors so Untold (the biggest music festival in Romania) launched ‘Pay With Blood’ – a national campaign where every blood donor got a free one-day ticket to the festival.

Burger King celebrated UN Peace Day by extending an olive branch to its closest rival McDonalds to create the McWhopper attempting to put an end to the ‘burger wars for one day.

A Dad busting out some terrible dance moves becomes a viral hit for Thorpe Park.

[One of ours. We’re allowed one. And it made the shortlist. OK?]

Saltwater Brewery (a small craft beer company whose key consumers are surfers and fishermen) invested in developing a replacement for plastic ring packs that feed animals rather than kill them. Result? 105 million social media views.

[We Believers for Saltwater Brewery]

It tales 100 years to make Louis XIII Cognac so they shot a movie with John Malkovich that won’t be seen for 100 years.

The world’s first transgender beer went on sale at a bar in London, having been produced from hops that had undergone a ‘sex change’ prior to harvest. The beer, called No Label, was made with Jester hops during the brewing process which are naturally prone to change sex.

The product was created to mark the opening night of BrewDog’s latest Soho venue. Profits from the non-binary beer will go to LGBT events organisation Queerest of the Queer. 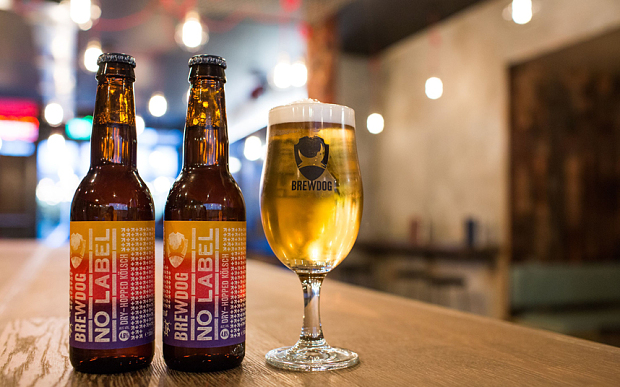 [The Romans for Brewdog]

#12 The Man Who Cut Everything In Half

The German Bar association promoted marriage contracts by seeding a story about a man who literally cut everything he had in half to settle a divorce. 2/3 of all Germans reached and 15 million in earned media.

Breasts might serve a vital purpose, but images of them are banned on some social media networks. So the breast cancer charity MACMA, from Argentina, raised awareness of how women can check for signs of cancer with a YouTube video featuring a male model.

Public Health England commissioned a film featuring a 5-year-old boy made entirely from sugar cubes to highlight the fact that infants consume their body weight in sugar every year.

Gurgles and coos are notoriously difficult to interpret—making it difficult for babies to tell us what they like. So Contours created an exact, adult-sized replica of one of their best-selling strollers to show parents just how comfortable the buggies are for their babies.

In Australia 5000 children are rescued from parked overheating cars each year. To prove just how hot the sun makes a parked car, Kidsafe hired renowned chef Matt Moran to see if he could cook a meal in one.

In Scandinavia, 65% of drivers speed near schools. IF Insurance aimed to solve the problem with a unique Satnav that changes voice to a child’s voice when approaching school areas.  The app became one of the most downloaded apps of the year.

[Forsman & Bodenfors for If Insurance]

#18 Kidney For Sale On eBay

20,000 people in France are waiting for an organ donation. To highlight World Organ Donation Day and get more donors signed up they put a kidney for sale on eBay (seemingly from a single mother in financial difficulties) – and card requests increased by 55%.

In India over a 1000 acid attacks on women are reported every year. Make Love Not Scars (NGO) took on the task to ban over the counter sales of acid. Reshma, an acid attack victim, became the brand ambassador filming a series of uniquely different beauty tips including the most important tip – to sign the petition

Honey Nut Cheerios in Canada helped drive awareness of unstable bee populations—by launching a whole integrated campaign around the issue, including removing its “Buzz” bee mascot from the packaging for a limited time. 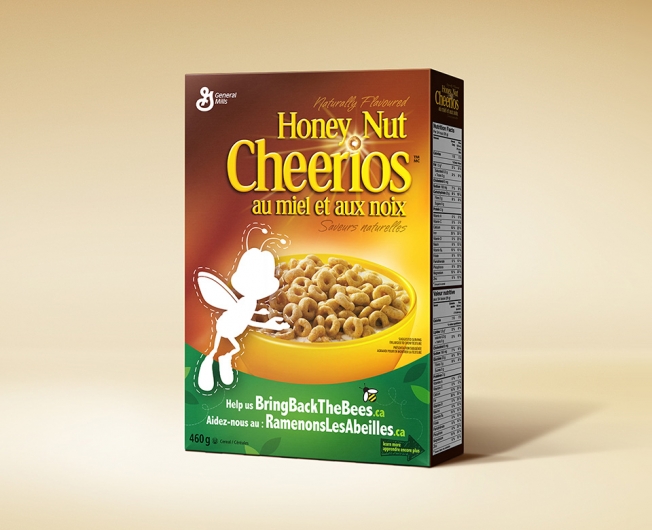 Women’s rights NGO Kafa highlighted the issue of child marriage that is rampant in Lebanon where the age of consent in the country is set by religious tribunals. In a famous public square in Beirut, where newlyweds usually pose for wedding pictures the NGO staged a shocking photoshoot with a child bride.

U Supermarket decided to create a Christmas catalogue free from gender stereotypes, where there are no toys for girls or for boys. Just toys.

[TBWA Paris for Systeme U]

We’ve all forgotten to take the washing out of the machine or hung it out to dry only for it to rain. So, to lighten the load and help Australian families spend more quality time together, detergent brand OMO created Peggy, the world’s first smart clothes peg. Peggy informs users of the best time to do their laundry according to a range of weather indicators via push notifications. It’s an innovative and timely solution that cuts down the time spent on this dreaded household chore. 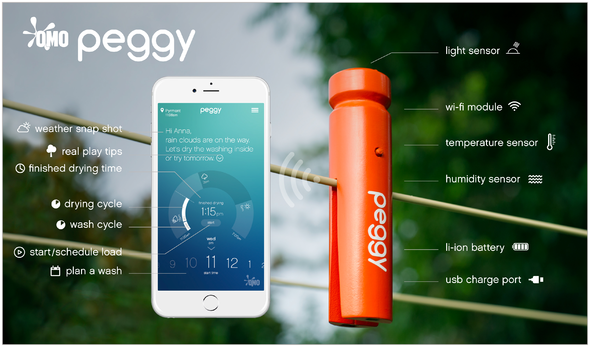 Chronic Obstructive Pulmonary Disease (COPD) is a chronic lung disease that makes it incredibly difficult for people to breathe. To raise awareness Philips has unveiled a project that uses a very human story to talk about innovation. The “Breathless Choir” is a collection of eighteen strangers who are all living with chronic respiratory conditions like COPD, cystic fibrosis and asthma, brought together for a week in New York by the brand  to work with celebrity choirmaster Gareth Malone, to learn how to sing again.

[Ogilvy and Mather London for Philips]

Lexus built a fully functional prototype of a hoverboard

[CHI and Partners for Lexus]

#26 Finding Light In The Dark

To help us recognise how nonsensical prejudice truly is, Coca-Cola organized a social experiment in conjunction with their no-label campaign. Six strangers were safely brought into a dark room and sat at a table.

Outdoor retailer REI exists to help people get outside. That’s why they closed all their stores on the biggest shopping day of the year, Black Friday, and invited America to #optoutside.

São Paulo has plenty of parks. The problem is that, more often than not, these places are poorly kept and covered by tall grass, so people can’t enjoy them. A Brazilian lawn care brand found way to leverage their advertising campaign as a public service. Tramontina offered public demonstrations of their latest Trotter lawnmower in 10 Sao Paulo parks in their ‘Test Drive For Good’ campaign. 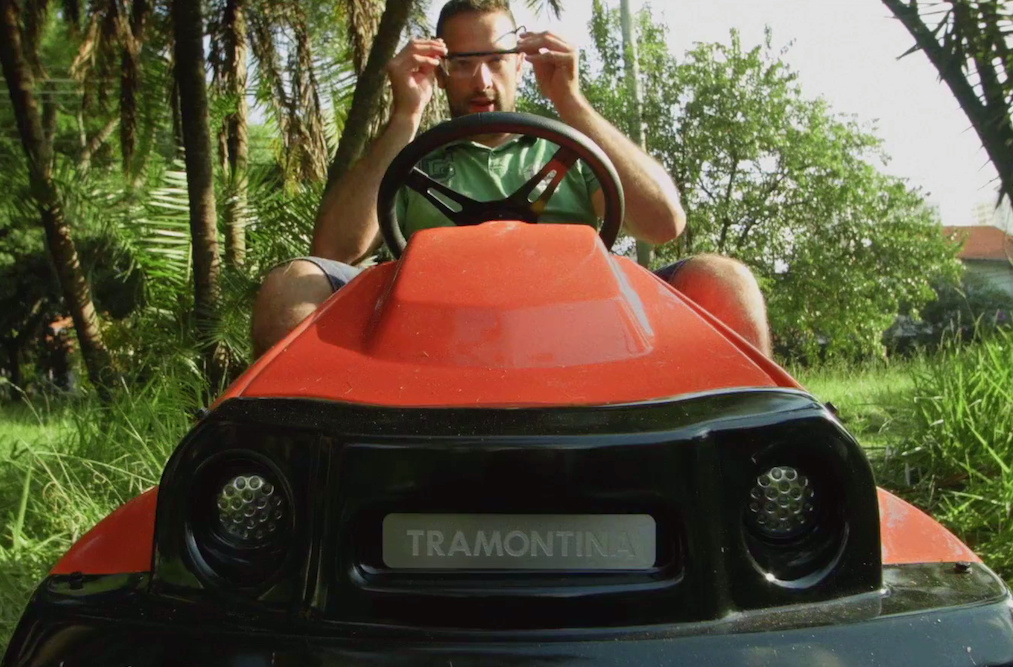 Letters disappeared from signs and shop fronts across the UK as part of a campaign urging people to donate desperately-needed blood.  Landmarks, shops and brands are removed the letters A, O and B to symbolise the donors’ blood groups needed to maintain supplies in Britain. For example; the Prime Minister’s official residence became D wning Street. 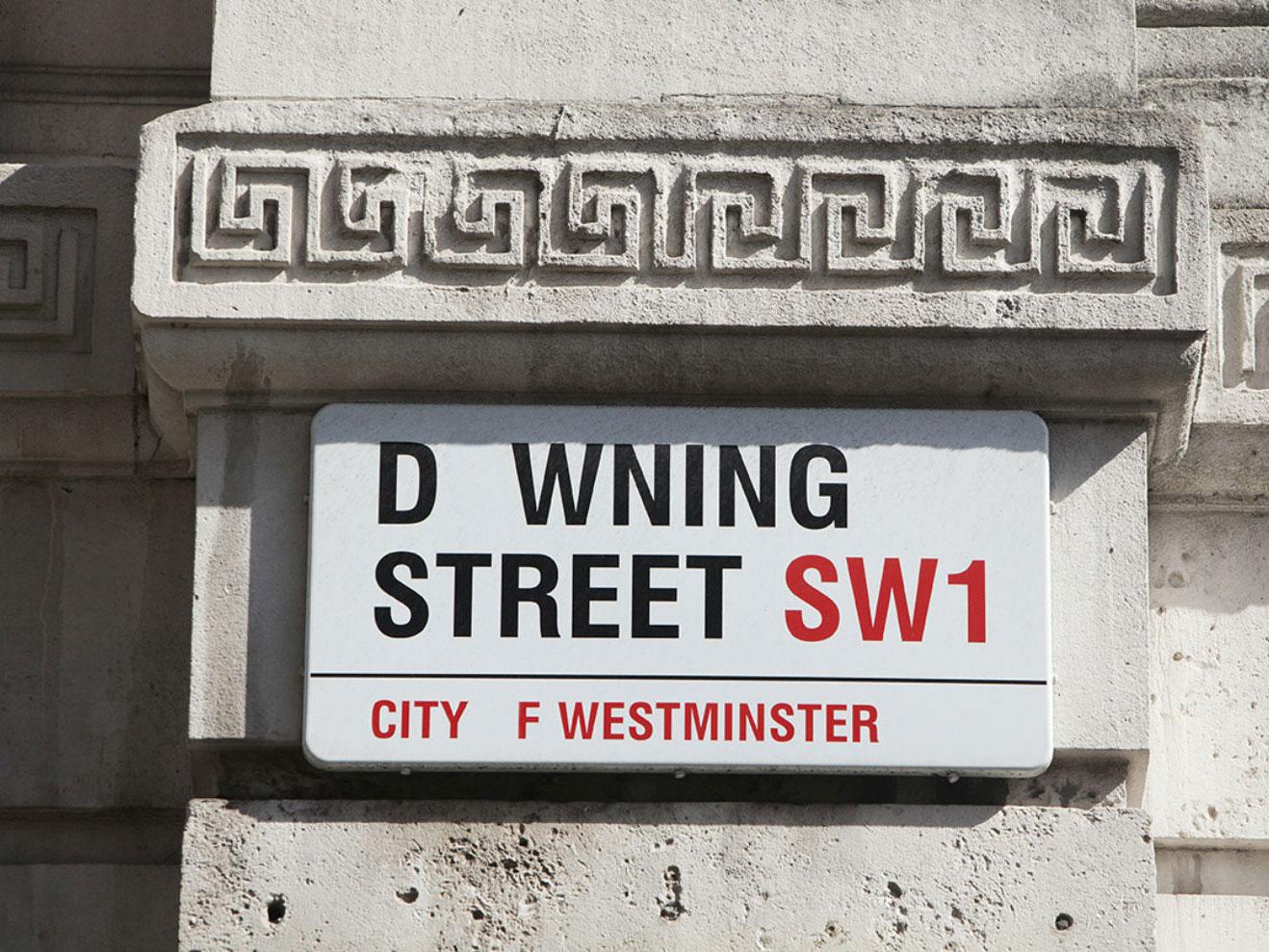 [Engine for NHS Blood and Transplant]

Tourism in Brussels was battered by the four-day lockdown in November that put the spotlight on Belgium’s terrorist links.

In the wake of negative international headlines, the Belgian tourist board took steps to rescue its image by inviting curious foreigners to “call Brussels”. Anyone with an internet connection could ring one of three specially commissioned phones in the centre of the city and speak to a passing resident. 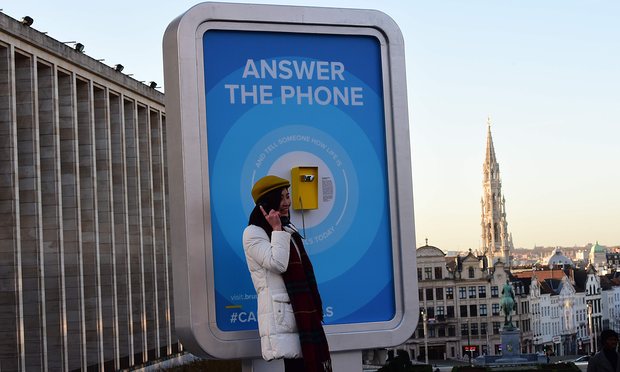 In a similar approach – the Swedish tourist board – keen to encourage curiosity gave the country its own number so that people could call and ask questions garnering 9.1 billion media impressions.

Amnesty International highlighted the discrimination against the LGBT community in Turkey by rigging up a pet shop with hidden cameras and then filming reactions when potential consumers were told the turtles for sale were gay. The campaign was the first time in history this taboo subject was spoken about on mainstream Turkish news.

The Rhino Rescue Project sought to deter high net worth Vietnamese from buying endangered Rhino Horns and thus fuelling the poaching trade. They did this by infusing the rhino horns with a poisonous cocktail that’s harmless to rhinos but less so for humans.  Vietnam’s Rhino Horn consumption has since dropped by 77% 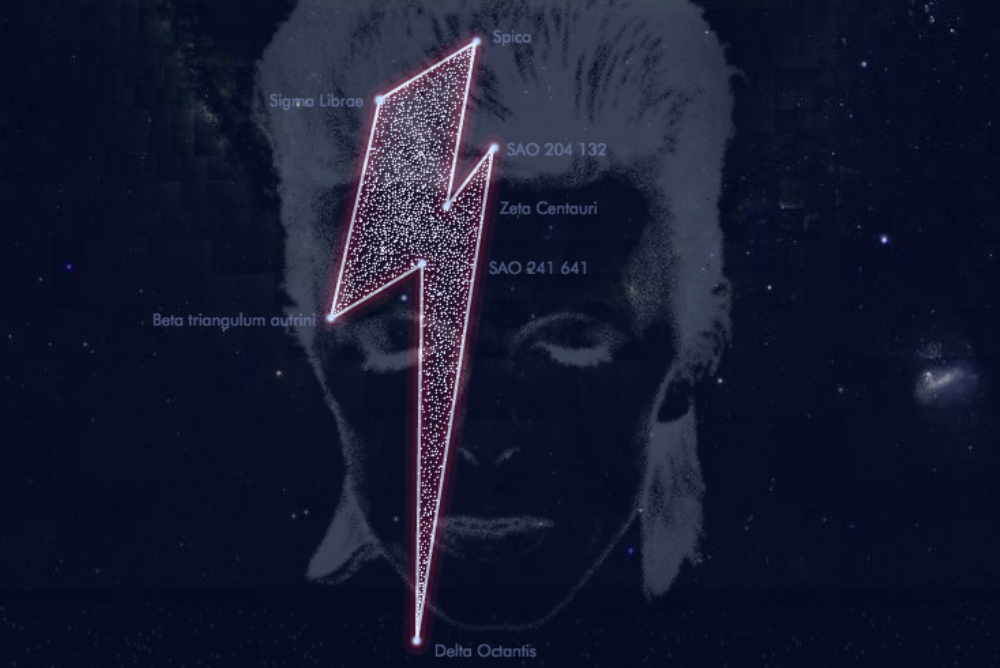 Netflix devised the ultimate way to help parents get their kids to go to bed early on New Year’s Eve (while simultaneously drawing attention to their new range of kids content). It developed a series of New Year’s Eve countdowns that can be played for kids at whatever time parents want. Kids could choose their favourite countdown hosts from a selection of cartoon characters. “And we won’t tell them it’s not midnight if you don’t,” the countdowns’ trailer promises. 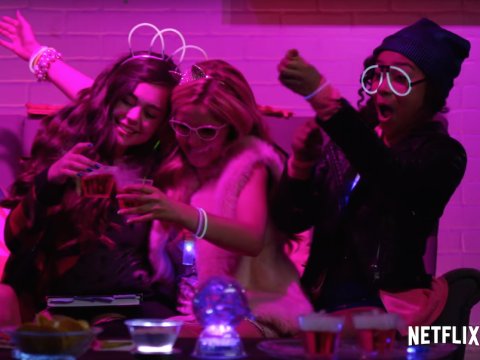 A Toronto branch of Bank of Montreal installed a 10-foot ATM to celebrate the arrival of some very tall basketball players in town for the NBA All-star weekend. 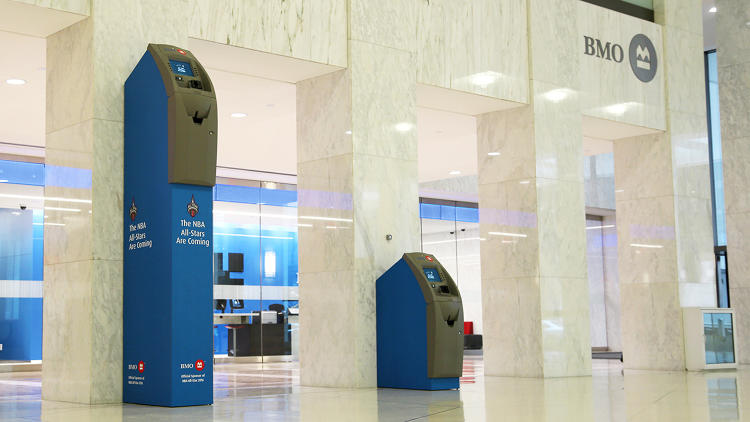 In March Victoria Pendleton took to the saddle to ride at Cheltenham Festival. 22 fences, 3miles and 2 ½ furlongs later she placed fifth in a 23 horse race. It will go down as a miraculous chapter in sporting history, considering that just 13 months earlier Pendleton had never even ridden a horse.

Xbox celebrated the launch of Rise of the Tomb Raider by challenging eight fans to stand on a billboard in London for 24 hours and then subjected them to extreme weather conditions wind, rain, even snow—as voted for online in real time by the public. 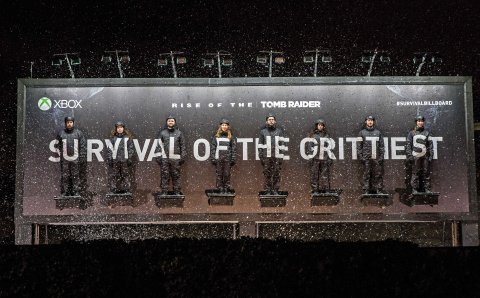 Using security footage taken from their stores, we see thieves attempting to abscond with the latest must-have items. Faces have been obscured to protect the guilty. If only they realised there was a better way to get a freebie (and legally too)…

Did we miss any? Tweet us @TaylorHerringUK and we’ll add any good ones…

Looking for some attention-seeking firepower for your campaign? Take a look at our showreel.

Greenpeace holds a piano recital on the Arctic Ocean