Where do babies come from and why is the sky blue?.

LONDON, Friday 8th January 2009: Parents are struggling to answer their children’s basic questions about the planet, outer space and the human body according to new research released today. 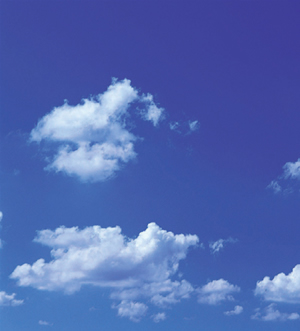 A survey of 2,500 British parents was specially commissioned to mark the launch of the new TV show What Do Kids Know? which premieres on Watch on 10th January 2010. The poll explored the common questions that parents find most difficult to answer, revealing the strategies and specially created stories they employ to tackle them. The results make for compelling reading, charting mathematical and scientific questions as the top categories that parents find tough to crack.

The research reveals that the top question that parents struggle to answer is ‘how is electricity made?’ followed closely by ‘what are blackholes?’ and ‘what is infinity?’ Further tricky questions in the top ten include ‘why is the sky blue?’ ‘why do we have a leap year?’ and ‘how do birds fly?’

‘Where do babies come from?’ has always been a question that trips parents up, with 22% using myths to tackle it. Out of those who opt for myths instead of truths, 72% use the analogy ‘babies are delivered by storks’ and 23% say ‘babies are found under gooseberry bushes’. Other top myths include ‘babies come out of your tummy button’, ‘I found them’, ‘babies can be bought at the shops’ and ‘babies can be bought in Tesco at night on the top shelf by mums and dads only.’ The survey also reveals the common age for parents to tell their children the truth about the birds and the bees is 10 years old (24%).

The poll shows that parents also find moral questions about God and religion hard to answer. When asked ‘where do you go when you die?’ 39% parents told their children they go to either heaven or hell, with 25% of parents saying that ‘you become an angel’. 16% don’t include a spiritual option by telling their children people are buried or cremated and 6% say that adults become ghosts trapped between life and death. Other morally difficult questions included ‘why do people kill each other?’, ‘why are some people born with disabilities?’ and ‘why are people gay?’

The study reveals that a whopping 56% of parents refer to the internet when approached with difficult homework questions while a mere (9%) of parents still take their kids to the library, buy additional books on the subject matter (6%) or refer to their own siblings (5%) when they can’t ask answer tricky queries from youngsters. One in ten parents admit to making up the answers as they feel too embarrassed to be shown up academically. 43% confess to feeling inadequate when they don’t know the answers and 63% just answer on a whim even though on reflection they know it’s the wrong answer.

Despite this, when asked who should be responsible for furthering their children’s education, 78% said ‘us the parents’. 79% parents surveyed admitted that they should do more to help widen their children’s education with 55% blaming time constraints to run the day to day home as reasons why they aren’t so involved. 33% stated that grandparents are the ones who widen their kids’ knowledge, 25% cited aunties and uncles and 24% declared that friends who visit are most likely to educate their kids.

Many parents surveyed didn’t realise that they didn’t know the correct answer to some key scientific questions included in the national curriculum. For example, when surveyed about what they would tell their child if they asked ‘what are blackholes?’ less than a third (27%) knew that a blackhole was a curvature of spacetime due to an intense gravitational field. 43% said it was ‘somewhere in space where you got lost’ and 11% said ‘somewhere where you can time travel’.

The research also gives an insight into why parents don’t know the answer, with 63% citing they forgot the answer from school, 16% blame the school for teachers setting their children ‘strange questions’ and 12% believe their education let them down.

Paul Moreton, Channel Head, Watch says, “It’s fascinating to see how parents tackle difficult questions brought to them by youngsters and how many of us will actually make something up rather than deal with the truth. What Do Kids Know? will enable the viewer to find out a little more about how kids minds work and shows the size of the knowledge gap between adults and children.”

What Do Kids Know? is a new prime time game show that pairs celebrities with kids and attempts to unravel what goes on in kids’ minds. Hosted by comedian Rufus Hound, this exciting and engaging new ten part series takes three celebrity captains, including regulars Sara Cox and Joe Swash, and pairs each celeb with a child. Formatted to play on the communication gap between adults and kids, each round pitches big brain with little brain. Cue outlandish descriptive rounds, lots of crossed wires and outright anarchy as the kids and celebrities race to win.

What do Kids Know? premieres on UKTV’s entertainment channel Watch on Sunday 10th January 2010 at 5pm.

7. “Why does cutting onions make you cry?”

19. “How does Father Christmas get down the chimney?”

A. Due to the composition of the atmosphere (57%) – correct answer

Q. How does the wind blow? What creates wind?

A. As the earth warms and hot air rises, the cold air that fills it below creates wind (60%) – correct answer

Q. Which questions in particular do you honestly not know the scientific/mathematical answer to? Please choose the top three

A. How do birds fly?

Snow Day For A Work-Out

New Series: Keeping Up With The Kardashians on E!