“A belting voice”
The Independent on Sunday

“Fabulous”
The Mail on Sunday 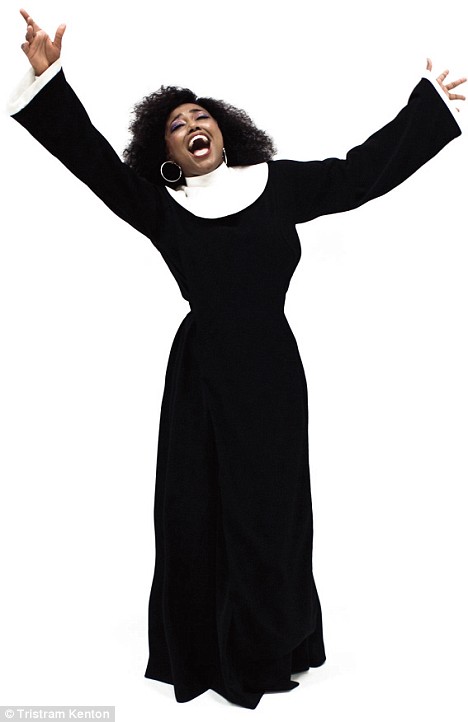 The US actress, who beat hundreds of hopefuls on both sides of the Atlantic to win the coveted role, enthralled audiences and achieved critical acclaim for her portrayal of Deloris Van Cartier, the sassy lounge singer turned nun.

Alongside theatre veterans Sheila Hancock and Ian Lavender, 25 year old Patina took to the stage at The London Palladium to make her UK debut. The gala opening climaxed in a standing ovation curtain call that saw her joined on stage by Goldberg, the show’s co-producer.

Born in 1984 in the small American town of Pageland, South Carolina, Patina Miller was raised by her musical family on a diet of gospel, blues, rhythm and swing. From an early age she performed in her local gospel choir at church, but it was her role as Miss Hannigan in a school production of Annie that first truly showcased her exceptional talent. At the tender age of 15 she auditioned and was accepted into a prestigious performing-arts boarding school and later won a full scholarship to Carnegie Mellon University in Pittsburgh, PA, where she later graduated with a degree in musical theatre.

Following her graduation Patina moved to New York, securing a stint in the popular US soap opera All My Children. After success on the small screen, Patina was keen to head back to her musical-theatre-roots and returned to the stage in 2008 to take on the role of Dionne in the critically acclaimed Central Park stage production of Hair, in which she performed the show’s legendary signature tune, ‘ Aquarius’.

Patina now offers her own unique take on one of stage and screen’s biggest roles.

To request an interview with Patina contact: [email protected]