Rex on the beach! Dinosaur prints appear ahead of Apple TV+ launch.

Traeth Llyfn in Pembrokeshire was transported back to the Late Cretaceous by a team of 10 sand artists, to celebrate the unearthed fact that Tyrannosaurus rex could swim! 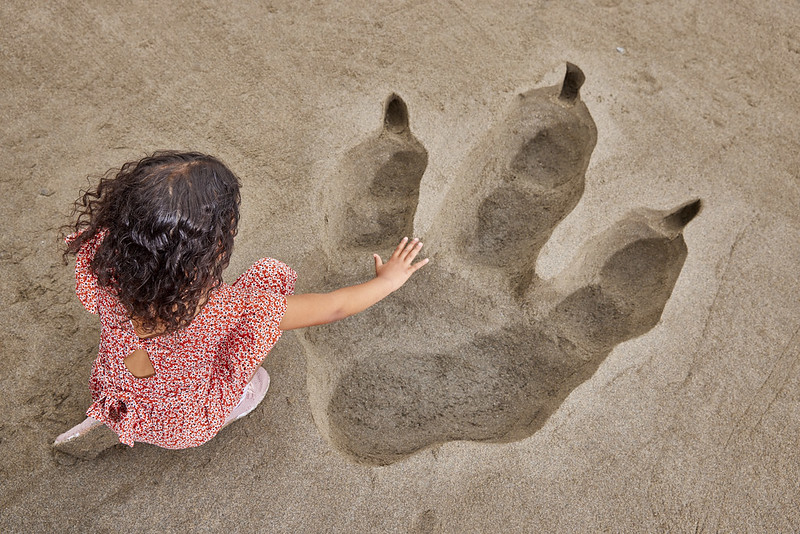 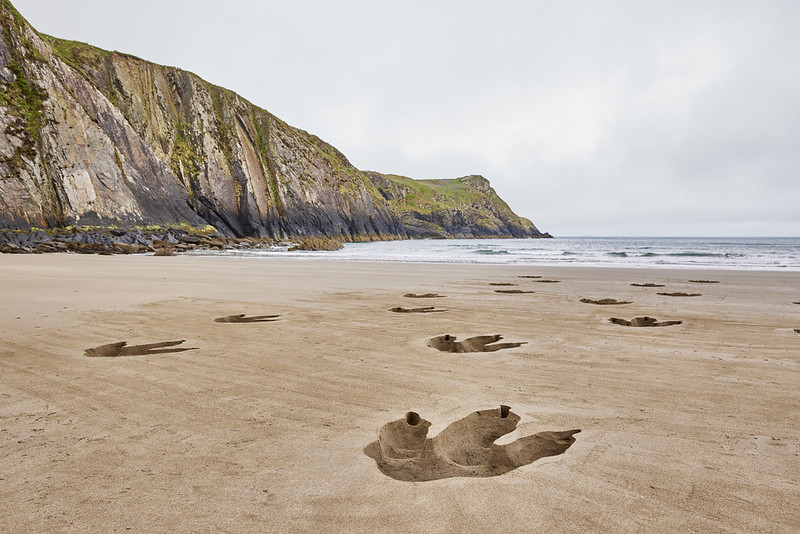 Sand artists spent over 4 hours creating the 50-metre-long prehistoric trail. 64 Dinosaur footprints crossed the Welsh beach – which was used as a filming location in the ground-breaking series. 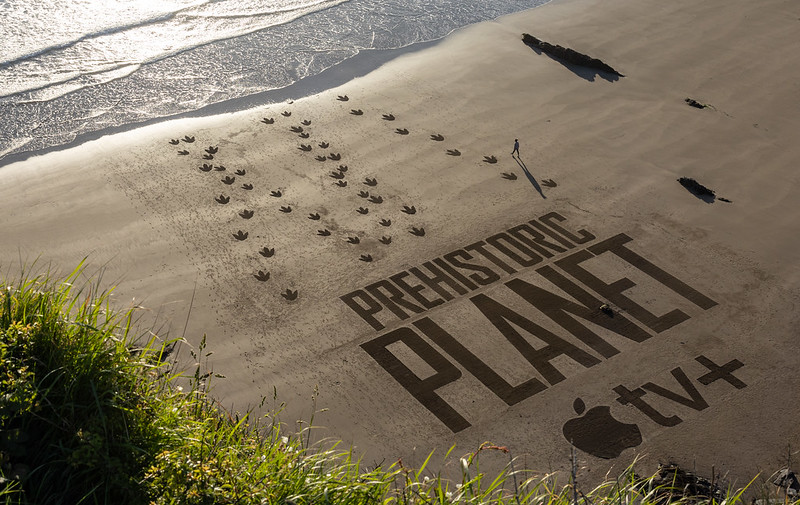 Local passer-by Anna Hatton, aged 72, said: “I saw these giant footprints from up on the cliff path and came down to take look! It’s amazing how big they are up close.”

Alex Bull, aged 32, spotted the prints while walking her dog Cali, and said: “I was just walking along the beach and then I saw these footprints, and Cali went running up to them and I was like, what on earth could have made these!? I don’t think Cali would have liked a T. rex very much”.

Set to debut globally on Apple TV+ today, the five-episode natural history series will transport viewers back 66 million years to discover our prehistoric world and the dinosaurs that roamed it – revealing little-known and surprising new science.

Sir David Attenborough, said: “I hope that children and their families will sit down to watch Prehistoric Planet and be completely immersed in this incredible world and find their imaginations fired by the astonishing prehistoric animals that they will discover and learn about as the series travels across each habitat. It’s an opportunity to see the world’s most famous dinosaurs like T. rex and Triceratops come to life but also to really enter into their world and see the incredible diversity of life which existed at that time.”

The series is produced by the world-renowned team at BBC Studios Natural History Unit with support from the photorealistic visual effects of MPC (“The Lion King,” “The Jungle Book”).

Executive Producer Mike Gunton, said: “We wanted to find a showstopping way to get people talking about the release of Prehistoric Planet, and what better way than bringing dinosaurs back to the present day. Our series features some remarkable discoveries, stunning visual effects, and incomparable narration by none other than Sir David Attenborough. We’re so excited for everyone to see it and hopefully learn something they didn’t already know about the prehistoric world.”

Subway® have created the Detention Diner, a pop-up restaurant inspired by cult classic The Breakfast Club