Return of the Secret Lemonade Drinker.

LONDON, Monday 28th May 2012: One of Britain’s most famous commercials will return to TV screens tonight (Monday). The iconic 1973 ‘Secret Lemonade Drinker’ ad, one of the longest running and best-loved campaigns in television history, has been recreated with its original cast to launch a new R White’s lemonade ice lolly. 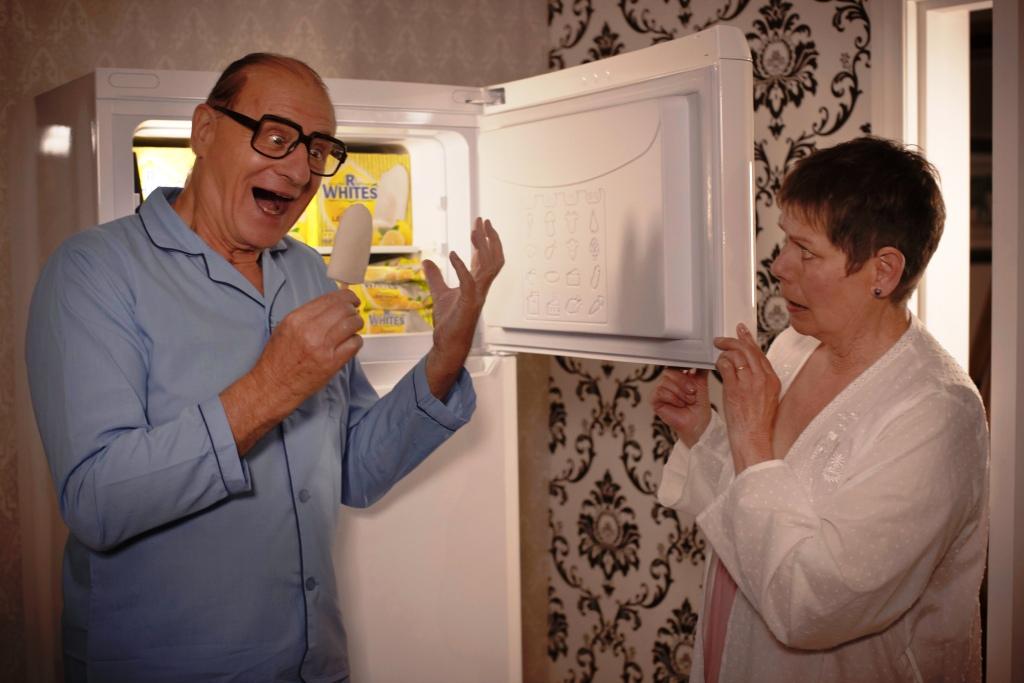 The campaign had to be put on hold for several months while talent, online and social media searches for Harriet failed to uncover her whereabouts. In the end, a public appeal caught the attention of Harriet’s son in London, who contacted his mother at her home in the Irish countryside.

The new advert was filmed in London and will premiere tonight on comedy channel Gold at 8.15pm.

The commercial opens with actor Julian Chagrin (72) creeping down the stairs in the middle of the night to a new ‘I’m a Secret Lemonade Licker’ song. Julian performs his original moves from the 1973 advert and is caught prancing around the kitchen in front of his ever disapproving onscreen wife, actress Harriet Philpin (60).

Julian Chagrin said, ‘It is amazing if not a little surreal to be recreating this R White’s advert. It has been an honour to be a part of a campaign which was taken to the nations’ hearts and I hope that this revival will mean that a new generation can also enjoy it.”

Harriet Philpin commented, “My son rang me up and said ‘you won’t believe it mum, you’re in the papers over here [in London], R White’s has spent months searching for you’. I got straight on the phone and was thrilled to be invited back on set with Julian to recreate the magic of the 70s for the new lolly.”

Jenny Bostock, from Britvic Licensing partner Frederick Dairies said, “R White’s is a much loved and iconic British brand. We couldn’t think of a more fitting way to mark its enduring appeal and the launch of the new lolly than to reunite the original cast.”