Reader, I Spanked Him: Classic Novels Get Raunchy Make-Over.

The much-loved works of literature  by famed authors including Charlotte and Emily Brontë, and Arthur Conan Doyle — have been re-imagined for the very first time as works of adult fiction by the UK’s leading specialist publisher Total-E-Bound, complete with graphic sex and fetish scenes. 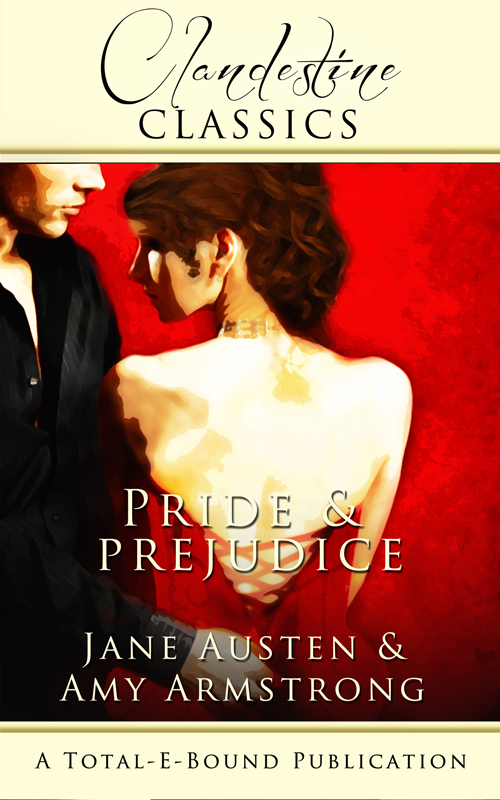 The re-worked versions of the classics include the full text of the original books spiced with a series of specially written new scenes featuring adult content to provide a seamless reading experience.

While 19th century society demanded that novels only went so far when it came to depicting the true passionate nature of love and romance, the new series, released under the banner ‘Clandestine Classics’ invites readers to put the old-fashioned pleasantries to one side and enjoy the sensual scenes that were only ever alluded to in the original versions.

“Jane Eyre is a breathtakingly beautiful story which has withstood the test of time. Jane is multi-dimensional, brave, committed to her course of action, and Rochester . . . sigh . . . he’s such an engaging enigma. The love story is captivating, real, rich, complex, and fraught with real conflict. There are so many joys of working on Jane Eyre to add erotic content. The biggest challenge it to be sure it’s in fitting with Jane’s character and that the additions don’t change the beautiful flow of the story. I’m very excited by Total-E-Bound’s vision for retelling the classics. The Clandestine Classics imprint is intriguing, giving a modern audience access to amazing stories they may have missed.”

British novelist Sarah Masters, who is adapting the first Sherlock Holmes novel A Study in Scarlet as a gay romance, said: “I’d often wondered what it would be like to see a relationship between Holmes and Watson that went beyond companions, so to have the opportunity to do so was very exciting.”

The Clandestine Classics books are available to buy from the 30th July from www.total-e-bound.com