LONDON, April 1, 2016: Pimm’s, the quintessential drink of the British Summer, has this morning unveiled the result of an unprecedented sponsorship deal to display its logo on the world’s most famous clock tower. 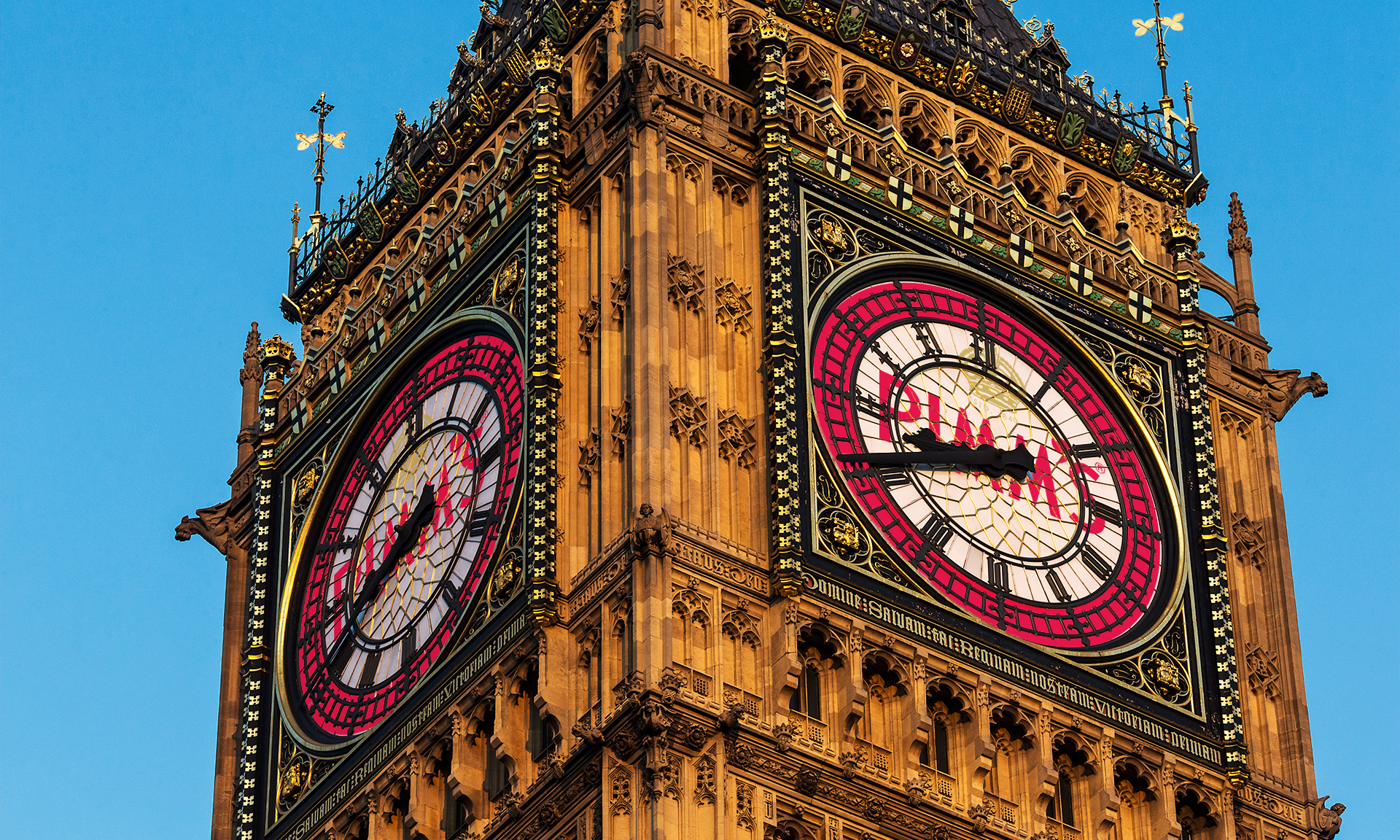 Respected TV broadcaster Peter Sissons was one of the first reporters on site and has recorded a special video report on the landmark event.

The drinks brand’s logo will be displayed across the dial of Elizabeth Tower, better known as Big Ben, throughout the summer months until Wednesday 31st August.

Marketers at Pimm’s approached officials at the Houses of Parliament with ‘a generous offer’ to contribute towards the restoration of the Grade I listed timepiece in exchange for the unique sponsorship placement.

A 23ft transparent vinyl overlay has been installed behind the hands ensuring that the historic face remains protected while the famous Pimm’s logo will be discretely visible to tens of thousands of Londoners in the streets below.

The sponsored clock face was unveiled in the early hours of this morning with a team of abseiling workers revealing the advertising artwork. 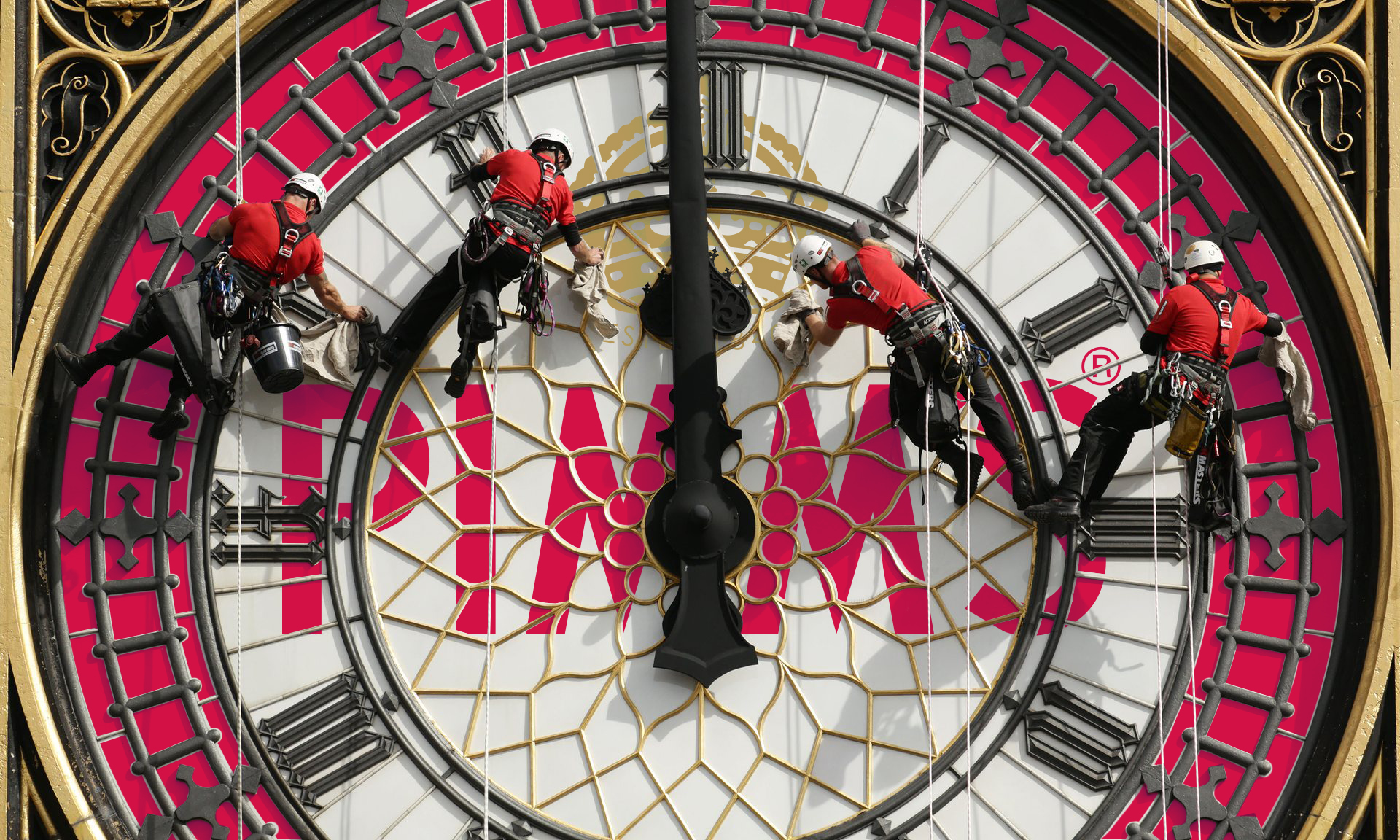 Jo Segesser, Pimm’s Senior Brand Manager said “We’re delighted to be playing our part in restoring the monument. Pimm’s O’Clock is a national catchphrase and so the opportunity for us to sponsor Britain’s most famous clock was too good to pass up.” 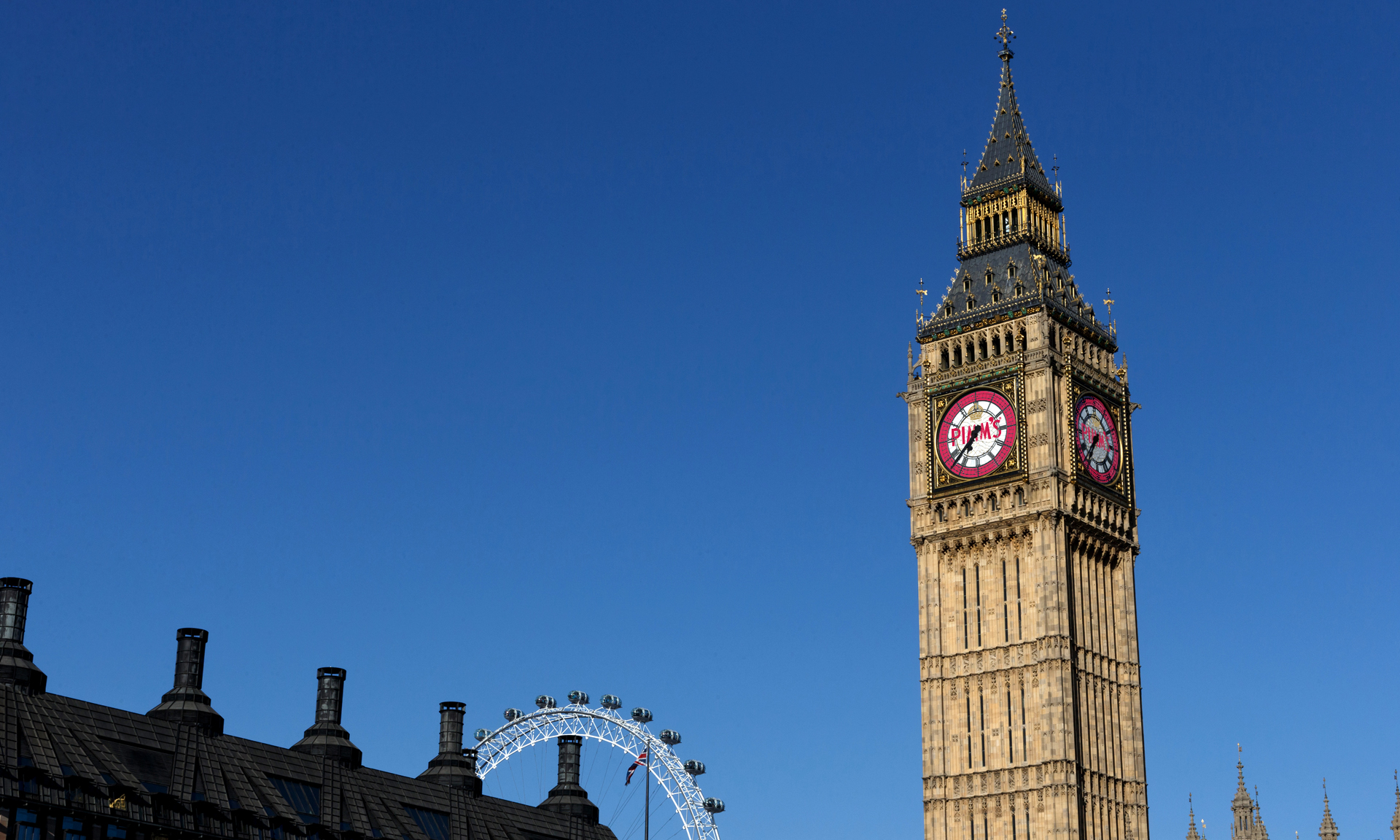 The Best PR Stunts from Betting Brands and Bookmakers