LONDON, 11th January 2018: Romance isn’t dead, it’s just confused– that’s the verdict of a new study which found nearly six in ten (59%) Brits admit they are bewildered by what it means to be ‘romantic’ in 2018.

The study, which was specially commissioned by romance book specialist Mills & Boon, details the key romantic quandaries and those gestures which best exemplify romance in the modern era.

The research polled 2,000 British adults to launch a brand-new free publication that promises to provide the definitive guide to the intricacies of romance in the 21st Century.

The ‘Mills & Boon Rules of Romance’ has been written by a team of best-selling authors from Mills & Boon to put baffled Brits back on track and celebrate the company’s own modern rebrand, including fresh new book covers. The guide was penned in response to research which found 76% of the nation would like more romance in their lives, yet at the same time, more than half (57%) admit they don’t make romantic gestures as they are worried they might come across as ‘cheesy’ or awkward. 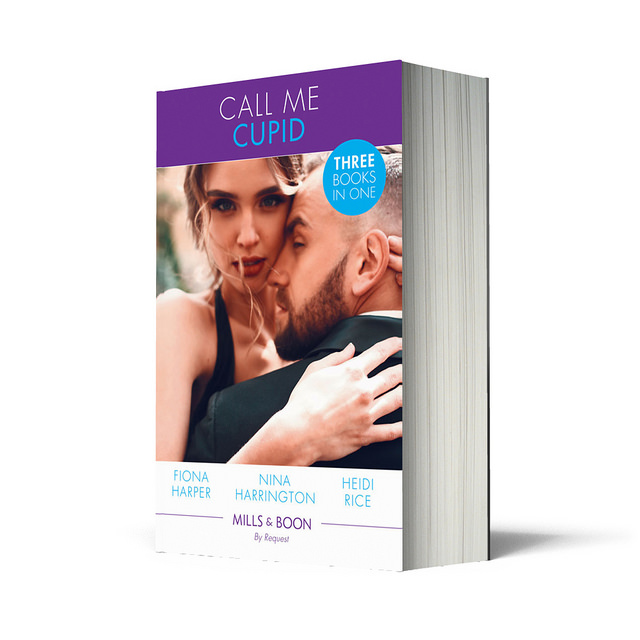 The Mills & Boon guide provides a definitive list of modern romantic tips for couples and incorporates research findings, including the little deeds that best say ‘I love you’, according to Brits.

It appears that despite the digital age we now live in, we still hanker most after traditional romantic acts:

The top 20 most romantic gestures in 2018 according to Brits are:

The guide also shines a light on the top ‘passion killers’ in modern romance: nearly half of Brits (49%) find mobile phone addiction, including having a mobile out at the dinner table, as the biggest turn off – with personal hygiene issues (45%) and being rude (33%) following as the things that are next most likely to kill the romantic mood for Brits today.

To complete the Mills & Boon guide, the nation was also asked about the biggest relationship worries today – with the number one romantic quandary across the UK being when to introduce a partner to the family (51%), closely followed by when to say “I love you” and who says it first (50%). Rounding off the top five romantic relationship dilemmas are when to introduce a new partner to your friends (29%), when to ask about going on your first holiday together (26%) and when to ask for an invite to a wedding for your partner (13%).

Lisa Milton, Mills & Boon Executive Publisher, said of the findings: “With so many people either worried or confused about romance in the modern era, it is clear they need a little gentle help with affairs of the heart. Over the last 100 years, our books written for women by women have evolved to reflect the times and never more so than today. We have seen how notions of romance have changed in a digital era but also how many age-old gestures remain the epitome of romance. Hopefully the words of wisdom from the romantic fiction experts at Mills & Boon – who have been writing about love for decades – can guide us down the tricky path of true love.”

Across generations, it would seem that there are vastly different views about chivalry still having a place in the 21st century – whilst a whopping 93% of those aged 45 and above believe there is still a place for it, over a third (37%) of 18–24 year olds don’t think that traditionally chivalrous acts have a place in the modern world. Historically chivalrous acts that are now considered outdated include ordering for someone else at a restaurant (42%), taking off a hat when entering a room (35%) and standing at a table when your partner arrives and leaves (35%).

Communication is often considered a key part of romance, with 55% of Brits saying they find it easiest to be romantic in person – yet more than half that nation (52%) said they communicate most with their partner digitally using methods such as social media, text, WhatsApp, video chat and even emojis, compared to 46% who say they communicate most in person.

Men were more likely to rate material acts of love such as buying a partner a surprise gift (46%) and giving flowers to their partners (37%) as romantic compared, whereas women valued gestures that involved spending time together, like having a cuddle (46%) or a romantic walk (36%), as signs of true love.

Regionally when it comes to romance, it appears Londoners are the most romance-deprived, with a huge 86% admitting they would like more romance in their life, whilst the Welsh are most in need of physical tenderness with 6 in 10 (60%) of those in Wales valuing a cuddle as the most romantic act today. Those in Northern Ireland are most likely across the UK to avoid making romantic gestures as they’re worried about being cheesy or it feeling awkward, with 54% admitting this compared to 44% on average across the nation, while Scots would seem to be the most embarrassed when it comes to romance on social media with over a fifth (21%) of Scots believing that changing a profile picture on social media to you and your partner is cheesy.

The Rules of Romance guide: https://we.tl/jf77yhlnSm