Meet The Young Apprentices: Class Of 2012.

Following the success of last year’s BAFTA Award-winning series, Lord Sugar returns with his search for a Young Apprentice, on BBC One this autumn.

A passionate advocate of young people in business, Lord Sugar will offer twelve of the UK’s most promising and motivated teenagers the opportunity of a lifetime; a chance to follow in his entrepreneurial footsteps by competing for the title of Young Apprentice.

Running for eight episodes from 8pm on Thursday 1st November, twelve young candidates will receive a unique education as they embark on a series of challenging tasks, testing their abilities to the limit. The young candidates will face the same cut-throat competition as the adult series – the winner will take it all, but first they must face some truly testing trials and blistering boardroom battles.

Find out all about the new batch of talented Young Apprentice candidates in three minutes of catchy pop, courtesy of  The Brett Domino Trio.

From all corners of the UK, each of the budding moguls have been selected from thousands after impressing Lord Sugar with their creativity, determination, entrepreneurial flair and smart business sense. Lord Sugar has spotted something in all of them, but only one can succeed in becoming the next Young Apprentice.

Aged between 16 and 17 years old, most of these tycoons of tomorrow are still in education and span a broad range of backgrounds, ranging from Paris to Kenya, Essex to Belfast and farm-yards to city centres. They include a former head girl, a farmer’s daughter, a female rugby-player, a fashion designer, a choral scholar and a ukulele player.

Lord Sugar started in business at a similar age and expects his potential protégés to be able to rise to the challenge. Each of them is certain that they have the ability, enthusiasm, and raw business talent to be the one to win access to a fund worth £25,000. The fund will go towards kick-starting his or her business career, and will be tailored to their individual career prospects and development.

But which of them will have what it takes to prove themselves when the pressure is on? Meeting them in the boardroom, Lord Sugar warns them:

“I don’t like teacher’s pets and I don’t like school bullies. This is about the real world. I’m not making you sit exams; the only grade you’ll get here is ‘F’ for Fired.”

With tasks including designing a new cookbook, sourcing props for the English National Opera, branding a hair-styling product and selling goods at Womad festival, the candidates will quickly learn that Lord Sugar never wastes time as they are thrown in the deep end from the outset.

Lord Sugar is, once again, aided by his no-nonsense advisers Nick Hewer and Karren Brady who will scrutinise the candidates’ every move during the weekly tasks.

They will live in a luxury mansion in Hampstead, giving them a taste of the affluent lifestyles they aspire to. For some, it’s their first time away from home; for all it’s the chance to experience what their life could be like as a high-flyer.

When the winner is crowned they will be given a once-in-a-lifetime opportunity to be mentored by Britain’s most famous boss.

The BBC Young Apprentice website – will feature clips from each episode and exclusive footage of each of the 12 candidates, filmed during the selection process. There will also be a wealth of fun Young Apprentice ‘extras’.

Viewers will also be able to catch up with events surrounding the show on the official Young Apprentice twitter (@BBCApprentice) and BBC Apprentice facebook page.

Young Apprentice is a Boundless (part of FremantleMedia UK) production for BBC One. Claudia Lewis is the Executive Producer, Laurence Turnbull is the Series Editor.

The Executive Producer for the BBC is Mirella Breda, Executive Editor Entertainment Commissioning. 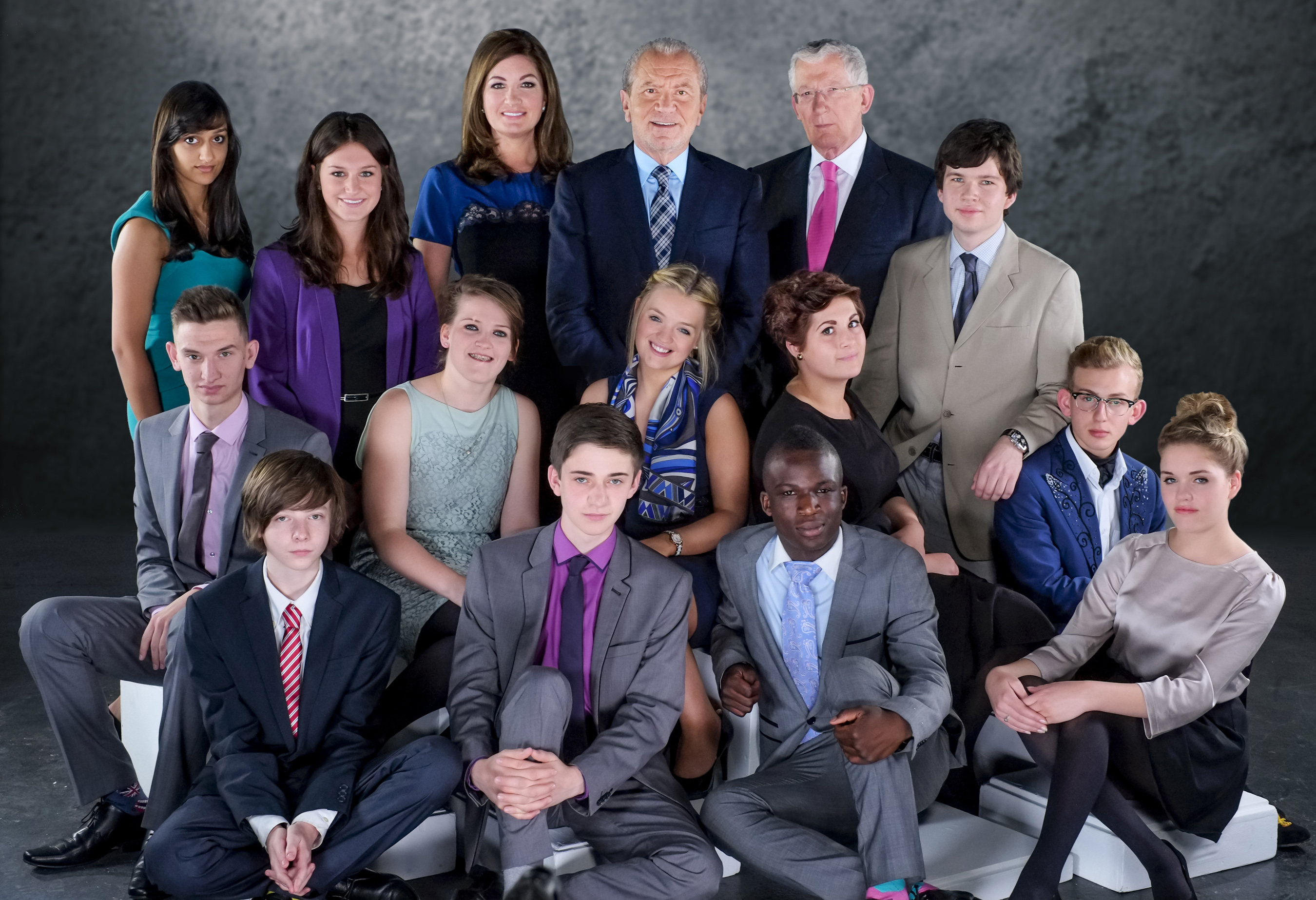