Stunt Of The Day, restaurant PR|  Written By James 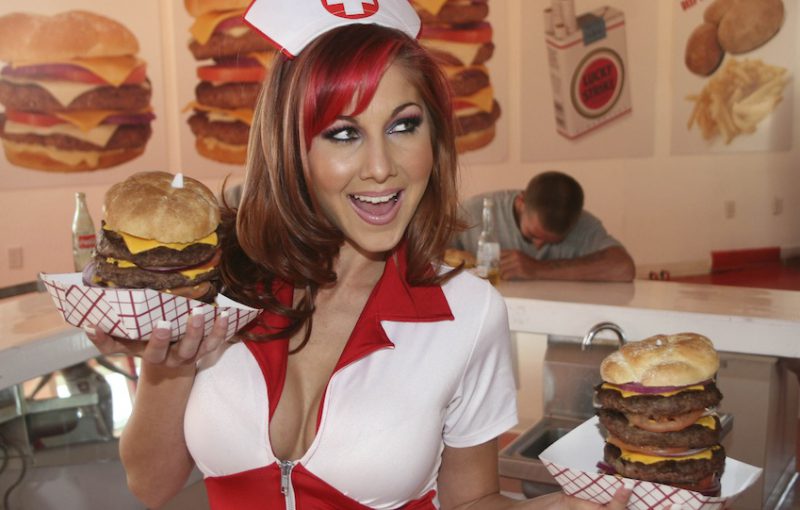 Las Vegas: A man has suffered a cardiac arrest while eating a ‘Triple Bypass Burger’ at the notorious Heart Attack Grill restaurant in Vegas.

Fox News reports that the customer, estimated to be in his 40s, was wheeled out by paramedics when he was just midway through their signature 6,000 calorie burger.

The restaurant is immensely proud of its ‘Taste Worth Dying For’ slogan and displays a sign over the door that reads ‘If you come in this place, it’s going to kill you.’

As Gawker comments; “The restaurant is famous for selling food that will eventually kill you. It’s not supposed to happen mid-bite.”