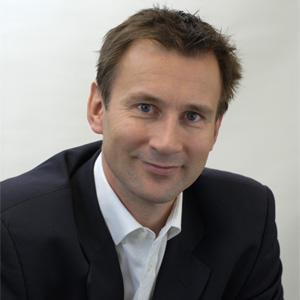 This year on Saturday the new man from the ministry Jeremy Hunt will be quizzed on his vision for British television, his plans for the BBC and the licence fee and what he thinks the industry must do to future-proof itself against the backdrop of deep recession in a face-to-face conversation on stage with writer, broadcaster, and media consultant Steve Hewlett.

Helping to bring a new generation of 3D to the big screen, this year at the Edinburgh TV Festival Hollywood’s 3D man Sandy Climan will deliver this year’s Futureview Address by joining us to inspire those interested on the advances of 3D technology today.

One of Hollywood’s most powerful dealmakers, Sandy Climan has represented stars such as Robert De Niro, Robert Redford, Kevin Costner, and brokered deals for Sony (SNE), Mastushita, and Seagram to buy Hollywood studios. Sandy will be discussing his intentions and those of his peers to bring 3D movies, television shows, and live events to the masses on movie screens and on TV sets.

And finally, Shane Meadows’ new 4 part drama This is England ’86 launches on Channel 4 in September and MGEITF are thrilled to be hosting an exclusive screening of the first episode at this August’s Festival in partnership with Edinburgh Filmhouse on Friday 27 August. After the screening, Shane and producer Mark Herbert will be interviewed on stage by Channel 4’s recently appointed Chief Executive David Abraham, this will also be David’s only appearance at this year’s Festival.

This is England ’86 is acclaimed British filmmaker Shane Meadows’ (This Is England, Dead Man’s Shoes) television debut and the much anticipated follow up to his BAFTA award-winning film. Reuniting the original cast, the four-part drama for Channel 4 is co-written by Meadows and Jack Thorne (The Scouting Book for Boys), directed by Meadows and Tom Harper (Misfits) and produced by Warp Films.

The Festival will take place from August 27 – 29 at the Edinburgh International Conference Centre. To find out more about the programme and to register, please visit www.mgeitf.co.uk.