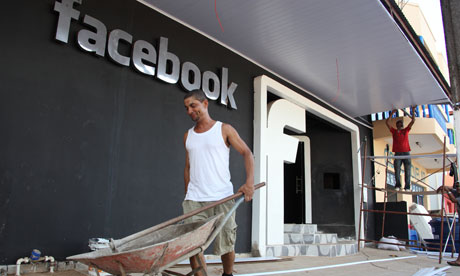 Now Mark Zuckerberg is about to get a more unusual homage: a nightclub in the remote Brazilian Amazon named after his social media site.

The concept is the brainchild of Humbert Camacho, a 30-year-old businessman from Epitaciolândia, a small town on the Bolivian Border.

“The Facebook concept is about sharing ideas, adventures, friendships, parties and photos with your friends,” Camacho said during a visit to his club, which opened on Thursday.

“So what we wanted to do was to build a nightclub with this concept, where people could come and share things with their friends, spend a cool night, sharing pictures, experiences and have fun.”