Food and Drink PR, Stunt Of The Day, food, KFC|  Written By James

Tearing into a piece of chicken after ploughing through a bucket meal is one of life’s great pleasures, maybe only topped by that residue left after you’ve finished. A final, tasty reminder of the meal. For many people, though, they love the idea of fast food but are constantly worrying about their waistlines. KFC know that so have developed an ingenious solution… 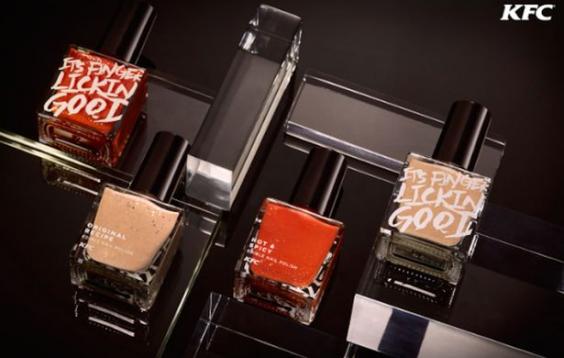 KFC have launched its own range of edible polish flavours. The flavours, based on the ‘Original’ and ‘Hot & Spicy’ ones from the restaurant, are the two most popular across the world. It allows anyone to enjoy that ‘finger licking good’ flavour without adding a few calories to your daily intake. There’s even a video (which is suitably confusing and features a lot of finger tutting):