LONDON, Monday 14th September 2009. On Live From Studio Five’s first ever show TODAY, glamour model and businesswoman, Katie Price will be live in the studio to give her first TV interview since her marriage to Peter Andre was granted a decree nisi on Tuesday 8th September. This promises to be the first of many explosive interviews in Five’s new daily topical, magazine show. 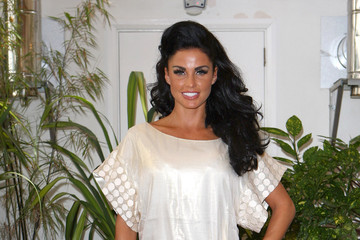 The show’s presenters, Ian Wright, Melinda Messenger and Kate Walsh will be grilling Price on the divorce and why both parties cited ‘unreasonable behaviour’ as the reason for the split. The presenters will also ask Price how she feels about the onslaught of her current partner, Alex Reid.

In addition to Price, Jermaine Jackson has granted a one-on-one interview to Kate Walsh, which will also air today.

Jackson will be discussing the up-coming Michael Jackson tribute concert, as well as giving an insight in to how Michael’s children, Prince Michael, Paris and Prince Michael II are coping, as well as his thoughts on the investigation in to Michael’s death.

In tonight’s show Jackson reveals to Kate: “It’s just the children being children now. It was tough for them at first, but they’re playing with my two kids, my brother’s kids kids and they’re having a wonderful time.”

When questioned on whether he was aware of the amount of drugs Michael was allegedly taking, Jackson says that he never saw Michael “act in any way that was out of the ordinary”.

Katie Price and Jermaine Jackson will appearon Live From Studio Five tonight at 6:30pm on FIVE.

The three hosts have been hired for their smart, witty opinions and their common sense approach to the big stories and talking points that have caught the public’s attention for the hour-long show.

Live From Studio Five is a Sky News production for Five. The Editor is David Kermode, the Programme Editor is Vivek Sharma and the Director is James Haggar.

England qualifier could be shown pay-per-view on newspaper websites