Channel 5 is opening the doors to convent life by launching ‘NUNdos’- a brand new, soulful soup pop-up in Shoreditch, London.

The activation is the world’s first nun-powered eatery promising ‘food for the soul’ where diners will be invited to break bread and reflect on modern life over a hot lunch cooked and served by the Daughters of Divine Charity from Swaffham and Chesterfield convents. 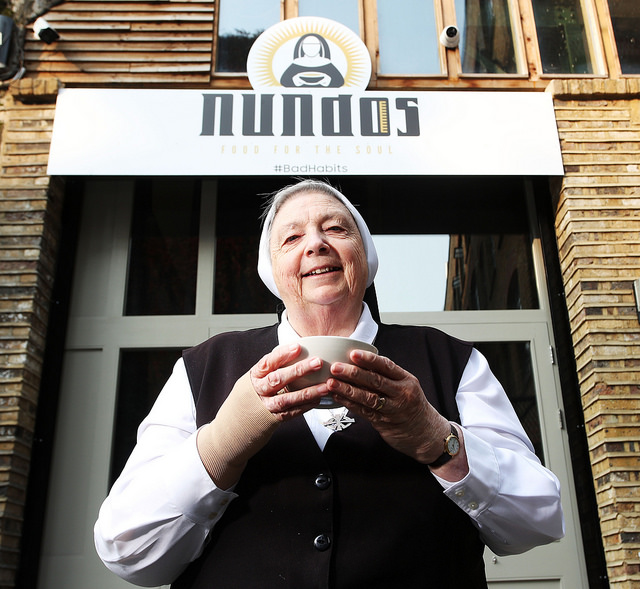 The series follows five selfie-obsessed young women as they swap hedonism for a life of humility, by living in a working convent in East Anglia for four weeks under the guidance of the sisters. The series was made by Crackit Productions and ordered by Commissioning Editor – Factual, Guy Davies. 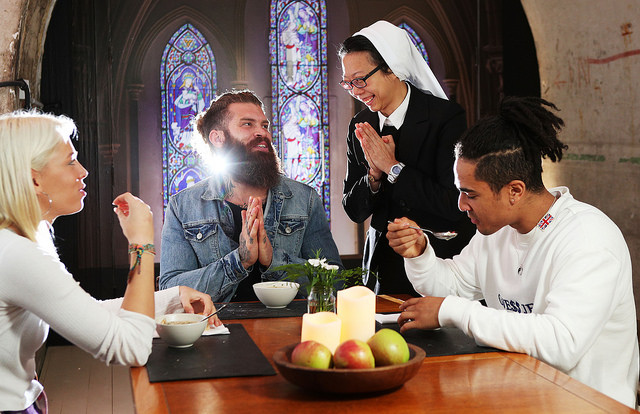 Visitors to ‘NUNdos’ will find themselves transported to a spiritual haven where they will be encouraged to relax, slow down and take stock of their lives over a bowl of hearty chicken or wholesome lentil soup.

To help wash away any unsavoury thoughts of Instagramming their food, diners will be encouraged to drop their phones in the amnesty collection bin and adheres NUNdos’ easy to follow restaurant rules (thou shalt not covet thy neighbour’s food etc). 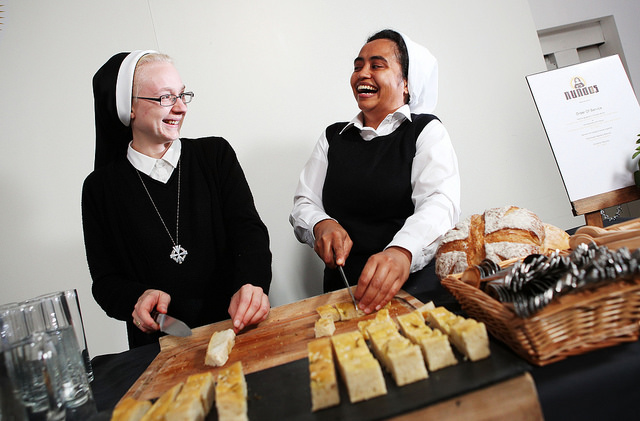 Customers have the opportunity to order ‘Mother Superior’s Chicken Broth’ or ‘Wholesome Lentil Soup’, and will be encouraged to take part in life affirming exercises and soul-searching activities. As guests discourse with fellow diners or settle in to chat with the sisters about daily life, millennial malaise will be under the spotlight. 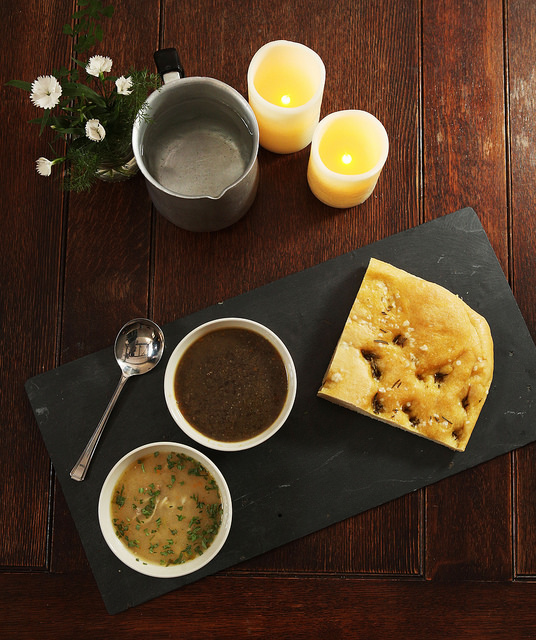 For dessert, the nuns will serve a takeaway treat as a reminder to diners to nourish the soul beyond the walls of NUNdos.

Rich Turner, Senior Director, Comms, Viacom International Media Networks UK said: “Bad Habits, Holy Orders tackles the issue of millennials finding purpose and direction in a fast-paced, image-conscious, social media-obsessed world, with inspiring results. What better way to bring the show’s themes to life than teaming up with the Daughters of Divine Charity to bring a little spiritual sparkle to the streets of Shoreditch. Channel 5 has undergone a content evolution and this activation underlines our determination to get under the skin of our programming, opening up new conversations, broadening our audience and ultimately building reputation.”

Partnering with Spotify to create The Hedoniser, the campaign encouraged users to determine the level of naughtiness of their music tastes, as well as offering them a bespoke playlist based on their preferences. The trailer for the show was shown while the results loaded and users had the opportunity to share their “naughty score” across Facebook and Twitter.

The marketing campaign also saw a partnership with Metro during launch week to take over the Commuter Confessions Box within the paper, encouraging readers to share their most private confessions with the nation, supported with press advertising promoting the show.

A partnership with Mail Online saw the creation of a social media film, asking people from across the country a series of questions to see where they ranked on the moral barometer from Saintly to Sinner. This activity ran across their website, social media channels and was supported with digital display and a homepage takeover on the day of launch.