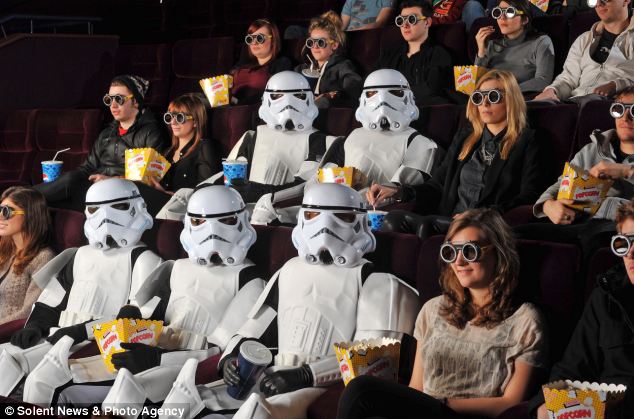 A group of Stormtroopers enjoy a preview of the 3D version of The Phantom Menace, at the Apollo Cinema Piccadilly, which goes on general release tomorrow.

In 2005, a battalion led by Vader attended the UK premiere of Return Of The Sith at The Empire cinema in London. 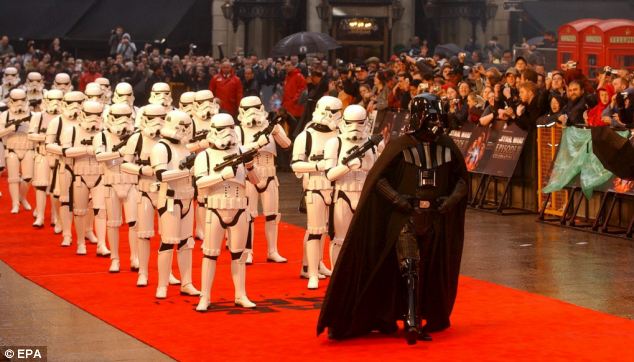