A great PR stunt can work wonders – gaining a huge amount of coverage and demonstrating artistry that rivals traditional advertising  for both creativity and return on investment.

On the flipside, a lame attempt can taint the whole industry. The bad news is that that the history of the PR profession is littered with examples where bad timing, crass ideas and poor planning have resulted in more damage and negative headlines than good publicity.

The incident involving a hoax meteorite, made headlines around the world on Monday after rescue authorities said a fiery object had created a large crater in a field near the Estonian border. Scientists rushed to the scene to investigate, while rescue, police and military units cordoned off the area and tested for radioactivity.

Tele2 admitted that it staged a meteorite crash in the Latvian countryside, resulting in a 10-metre wide crater.
Vita Sirica, a spokeswoman for the Latvian branch of Tele2, said the stunt was co-ordinated with a PR firm “to draw attention away from Latvia’s economic crisis and toward something else more interesting”.

“The Interior Ministry doesn’t want to do business with a firm that promotes itself at our expense,” Interior Minister Linda Murniece told the LNT news channel.

The company has said it will reimburse the government over any expenses incurred by the stunt.

Here’s a top 10 of PR stunts gone bad – read them and take note! 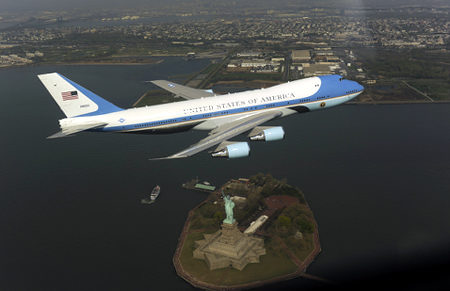 The American government scared Manhattanites silly by staging a photo-opp flyover featuring an F-16 fighter and a passenger jet over New York. The sight of the planes whizzing past the Statue of Liberty and the lower Manhattan financial district sent panicked office workers streaming into the streets fearing a repeat of 9/11.

The precise origins and thinking behind the government public relations stunt remain clouded in mystery however the taxpayer bill for the plane flight over Manhattan was reported to be $328,835. A White House aide lost their job over this.

2) The Coolest Seats in Town

In August 2001 the Birmingham-based radio station BRMB came up with a whizzer competition mechanic to put most bad PR ideas in the shade.

The ‘Coolest Seats in Town’ contest to win gig tickets required those who entered to see who could sit the longest on solid carbon dioxide, otherwise known as dry ice.

The stunt which was staged in the heart of the Birmingham certainly provided a media spectacle as the organisers failed to take into account the simple fact that ice can burn – and burn it did, as four people were sent to hospital for treatment for serious injuries.

An HSE spokesman said that several members of the public who took part suffered loss of skin, fat and muscle, as well as permanent and disfiguring loss of an area of tissue.

The dry ice on which they sat was at -78C (-108F). The three women and one man who were taken to hospital had severe frostbite; three of them remained in hospital for between eight and 10 weeks.

Janet Jackson and Justin Timberlake’s performance during the half time section of the 2004 Superbowl featured suggestive dance moves by both singers culminating in Timberlake pulling off a part of Jackson’s costume, revealing her right breast, partially covered by a nipple ring, for nine-sixteenths of a second.

In the immediate aftermath of the incident, the CBS broadcast cut to an aerial view of the stadium but was unable to do so before the picture was sent to millions of viewers’ televisions resulting in a record-breaking two hundred thousand Americans contacting the network to complain, saying it was inappropriate in the context of a football game.

The incident made headlines around the world and while both performers initially stated that the exposure was an accident both would later go on to issue public apologies for the incident alongside Viacom, the National Football League and halftime show sponsor America Online. Jackson later admitted the stunt was devised beforehand, but “went further than she planned”.

Timberlake famously blamed the incident on a “wardrobe malfunction”.  Subsequently, the NFL announced that MTV, who also produced the halftime show for Super Bowl, would never be involved in another halftime show.

The theme of the halftime show was intended to promote MTV’s Rock the Vote campaign to encourage younger people to get out and vote, but this message was lost in the ensuing controversy. A huge fine was eventually overturned in court – but four years later.

Former BA chief executive Bob Ayling decided to remove the ‘stuffy’ union flag tail design from the British Airways fleet in a blaze of publicity in 1997, replacing the iconic design with ‘world colours’ to reflect the airlines ‘cosmopolitan outlook’ and the fact that 60% of BA’s passengers were non-British.

The much-criticized £60m re-branding which featured designs from Delft pottery to Chinese calligraphy was met with a chorus of disapproval from patriotic Brits including the former Prime Minister Lady Thatcher, who claimed they made BA look like a third-world airline. Lady Thatcher famously draped a handkerchief over a model plane with the world colours logo, declaring it “awful” – the footage made news outlets across the world which launched the BA PR department into a tailspin of negative PR. 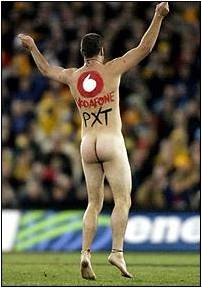 At a 2002 rugby match between New Zealand and Australia, two streakers caused fury amongst the spectators when they interrupted the game, wearing nothing but the Vodafone logo.

The police were called and duly arrested the streakers before the game was over resulting in the CEO of Vodafone being forced to issue an apology for encouraging the two men to streak through the game–and thus break the law. The company made sure that everyone knew how sorry they were via a $30,000 pound donation to a nonprofit campaign aimed at reducing sports injuries.

6) Disaster On A Stick

During the summer of 2005, the soft drinks brand Snapple hit upon the novel idea of erecting the world’s largest popsicle made of frozen Snapple juice for a PR stunt that would guarantee headlines.

The finished popsicle which was twenty-five feet tall and weighed in at whopping 17.5 tons was erected to much media fanfare in Times Square.

Unfortunately the company didn’t count on the 80-degree weather and the frozen tower melted before a photo call could take place sending kiwi-strawberry-flavored fluid pouring onto the streets of downtown Manhattan and leading firefighters to close off several streets to wash away the sugary goo.

“What was unsettling was that the fluid just kept coming,” Stuart Claxton of the Guinness Book of World Records told the Daily News.

Snapple official Lauren Radcliffe said the company was unlikely to make a second attempt to break the record, set by a 21-foot ice pop in Holland in 1997.

The city of Boston was subjected to a bomb scare in February 2007 thanks to a stunt from the Cartoon Network which quite literally backfired for all concerned. Much of the city was shut down and put on high alert when a mysterious electric package was spotted near a subway. The device had wires coming out of it and was suspected to be a bomb.

The device was one of many that were actually part of a campaign to promote the upcoming Aqua Teen Hunger Force movie. Officials apologized for the incident. The official statement  from the broadcaster pleaded that the packages were actually magnetic lights that posed no real danger and said “We regret that they were mistakenly thought to pose any danger.’

A high ranking city official however claimed that the “devices” were so realistic that a Bomb Technician decided to detonate one rather than take the chance of it being a real bomb.

Two young marketers were arrested for the stunt and the head of the Cartoon Network resigned.

Cadbury Schweppes – the makers of Doctor Pepper staged a treasure hunt across 23 American cities in a promotion campaign for its “brand of 23 flavours. The company buried coins across the East Coast, promising anyone who found one – a £760,000 cash prize.

So far so good however the agency it hired to bury a coin in Boston, chose the 347-year-old Granary Burying Ground, final resting place of John Hancock, Paul Revere, Samuel Adams and other much-revered historic figures.

The first the city’s parks department knew of its part in the hunt was when contestants, guided there by 30 clues, started complaining last Tuesday that the graveyard was closed because of icy paths. Anxious officials closed the park indefinitely and tried to avert a stampede by finding the coin themselves. It eventually took an official of the marketing firm which had placed it there to find it behind a stone slab covering the entrance to a 200-year-old crypt.

The Boston parks commissioner, Toni Pollak, was withering about the British firm’s choice of location. “It absolutely is disrespectful,” he told the The Boston Globe: “It’s an affront to the people who are buried there, our nation’s ancestors.” 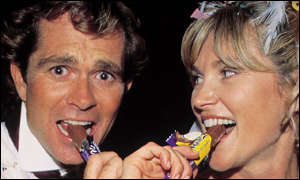 Brit TV presenter Anthea Turner was left reeling from a storm of negative publicity following her marriage to Grant Bovey in 2000. The fallout began when photographs of her wedding reception, published in the magazine OK! in an exclusive deal worth £450,000, showed the couple (apparently) using their wedding to publicise a new Cadbury chocolate bar, Snowflake.

The Sun described it as “the most sickening wedding photo ever” while Turner, Bovey, Cadbury’s and OK! all denied that the chocolate was part of a sponsorship deal. Pictures of their wedding and their subsequent honeymoon were in the magazine for the next two weeks.

Turner and Bovey insist that someone had stuck the chocolate bar in her hand and snapped a picture before she knew what was happening.

Gerald Ratner – the British businessman best known as the former chief executive of the major British jewellery company Ratners Group achieved notoriety after making a speech jokingly denigrating its products which caused the company’s near collapse.

Ratner’s shops and their wares were extremely popular with the public, until Ratner made a speech at the Institute of Directors on April 23 1991.

During the speech, he commented: ‘We also do cut-glass sherry decanters complete with six glasses on a silver-plated tray that your butler can serve you drinks on, all for £4.95. People say, “How can you sell this for such a low price?”, I say, “because it’s total crap”.

He compounded this by going on to remark that some of the earrings were “cheaper than an M&S prawn sandwich but probably wouldn’t last as long”. After the speech, the value of the Ratners’ group plummeted by around £500 million, which very nearly resulted in the firm’s collapse.

All the above instances have been sourced via internet research. If you can shed any further light on these notorious events – please do get in touch – [email protected].