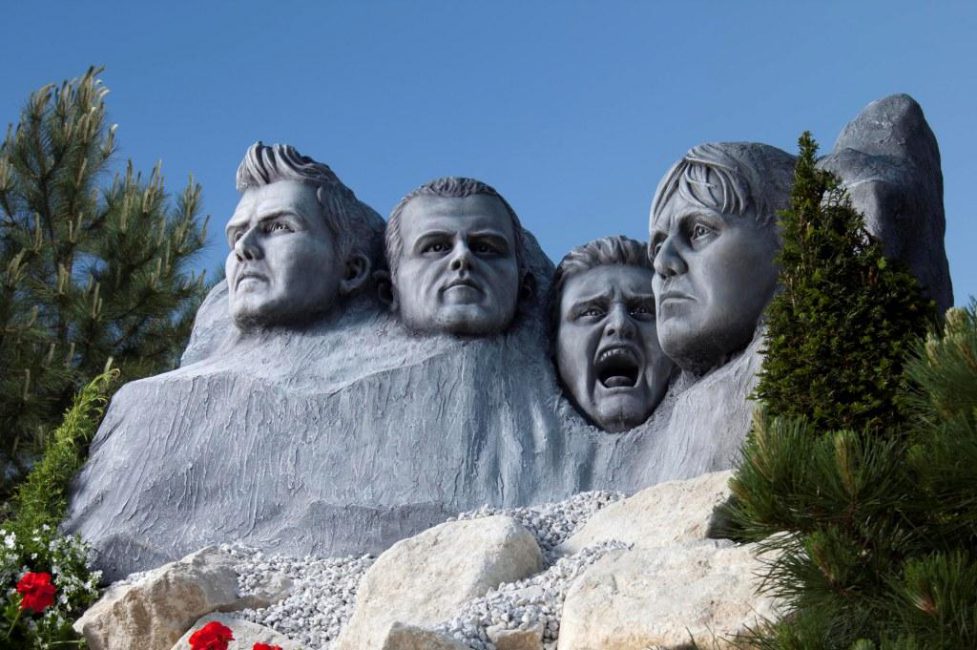 EMBARGOED TO 0001 WEDNESDAY MAY 30
With England’s opening match just days away, a giant rockery built in the style of Mount Rushmore featuring the faces of David Beckham, Wayne Rooney, Paul Gascoigne (with specially built tear-duct water feature) and Stuart Pearce, has been created by a sculptor as part of Lotto’s What Would You Do campaign which sees 12 millionaires made a month in the UK, winning an average of – £2 million. PRESS ASSSOCIATION Photo. Picture date: Monday May 28, 2012.The rockery was created after Lotto asked 2,000 sports fans to nominate the players who had contributed most to the national team over the last 25 years. Photo credit should read: David Parry/PA