It might seem like a lifetime ago in terms of internet crazes but do you remember the Ice Bucket Challenge of 2014? When the likes of Kim Kardashian, George W Bush and that guy you don’t remember adding on Facebook poured buckets of ice cold water over themselves all in the name of charity. The point of the drenching was to raise money for ALS disease research, a disorder with over 6000 new diagnoses in the US alone each year. 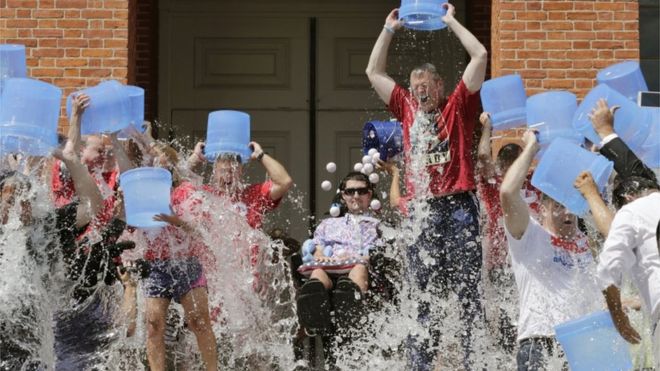 The stunt swept across social media and press alike with thousands joining in in the charitable soakings. Many criticised the campaign, deeming it attention seeking and useless.

Well that simple soaking stunt has made a huge and important impact. Thanks to the cash raised through the Ice Bucket Challenge campaign (more than $100 million in 30 days), researchers have discovered a new gene (NEK1) which is associated with 3% of ALS cases.

Before this stunt, little was known about ALS. Now, there is a whole new breakthrough. Hopefully buckets more research will help in the continuing research of ALS.

Dirt is Good by Persil