On Friday President Donald Trump signed an executive order temporarily barring immigrants and visitors from seven Middle Eastern countries from entering the US for 90 days. After a global backlash and urges for Trump to retract the ban, he refused to back down, arguing that the ban will stop “bad dudes” from entering the US.

Global brands have addressed the issue taking different approaches; mostly condemning the president’s order and addressing their employees. Brands are offering support to their employees as well as refugees in general as they refer to the ban as being both immoral and un-American.

The accommodation giants stood against Trump in a tweet; ‘Not allowing countries or refugees into America is not right and we must stand with those who are affected’. Which they are quite literally doing by offering free accommodation to people left stranded by the sudden ban.

Logan Green, chief executive at Lyft has pledged to donate $1m to the American Civil Liberties Union and said “Banning people of a particular religion from entering the US is antithetical to both Lyft’s and our nation’s core values”. 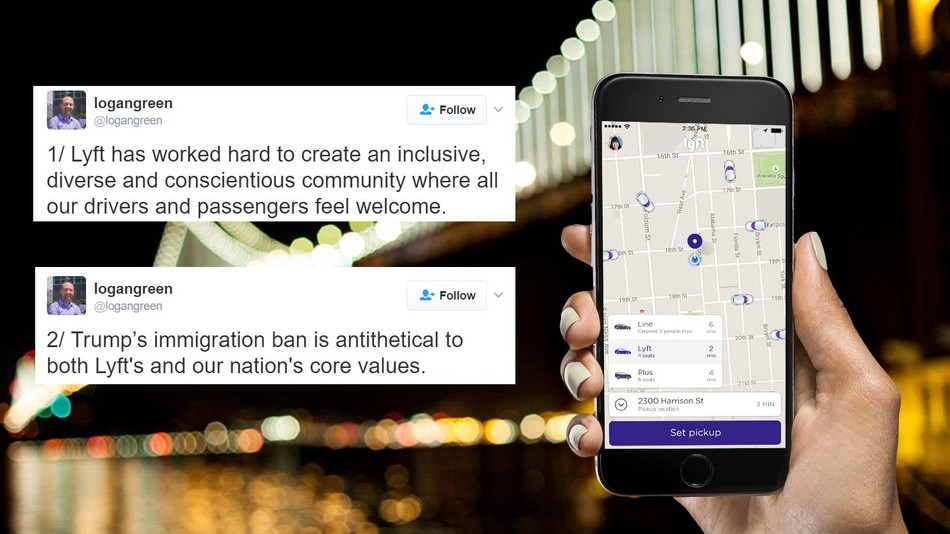 Global coffee chain Starbucks has promised to hire 10,000 refugees worldwide over the next five years to make clear that the company will not stand by, nor stand silent as the uncertainty around the new administration’s actions grows.

Uber co-founder and CEO Travis Kalanick wrote a letter to all staff, reaching out to employees directly impacted by the ban and offering to compensate them pro bono during the ban.

Google has set up a $4m humanitarian fund to assist organisations offering support to immigrants and has recalled 100 staff to the US who would be affected by the travel ban. Google chief executive Sundar Pchai told staff: “It’s painful to see the personal cost of this executive order on our colleagues. We’ve always made our view on immigration issues known publicly and will continue to do so.”

It is now a case of waiting to see how other large corporations in the USA and those in the wider world will react to the new temporary legislation. But it is comforting to see some faith in humanity coming from such large companies to get the ball rolling.