When we first heard about this stunt we automatically entered it into our all time Publicity Stunt Hall Of Fame.

Earlier this year Tourism Queensland launched an advertising campaign centered around the lure of a job that is more like a paid holiday. 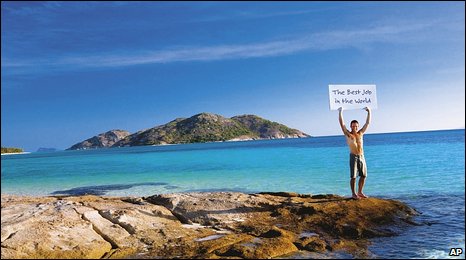 Within days, the campaign went viral as applicants from all over the world sent in 60-second video applications and news of the contest spread on social networking sites.

Today British charity fundraiser Ben Southall won their “best job in the world” competition and becomes caretaker of an Australian tropical island — after an innovative marketing campaign that affirms the power of social media. 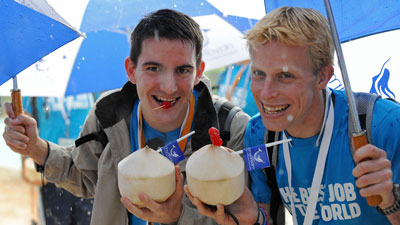 A few strategically placed job ads back in January – lead to a highly publicised contest which attracted nearly 34,700 video entries from almost 200 countries.

The job description? Explore the islands of the Great Barrier Reef for six months and report back to Tourism Queensland and the world via blogs, a photo diary, video updates and interviews. And a salary of £75,000.

The top 50 applicants competed to develop online followers, holding stunts to promote themselves that included scuba diving in a tank in an Amsterdam square and riding the London Tube in scuba gear.The final 16 contestants, from 15 countries, included students, journalists, TV presenters, photographers, a receptionist, radio DJ, teacher, and an actress. 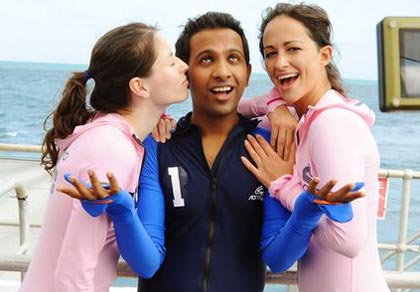 The candidates were flown to Hamilton Island last weekend and tested on a range of personal, communication and other skills with a panel of four appointed to decide the winner.

Organisers said the announcement of the winner, who starts work on July 1, would not end the publicity and may make this an annual event. (source: Reuters)